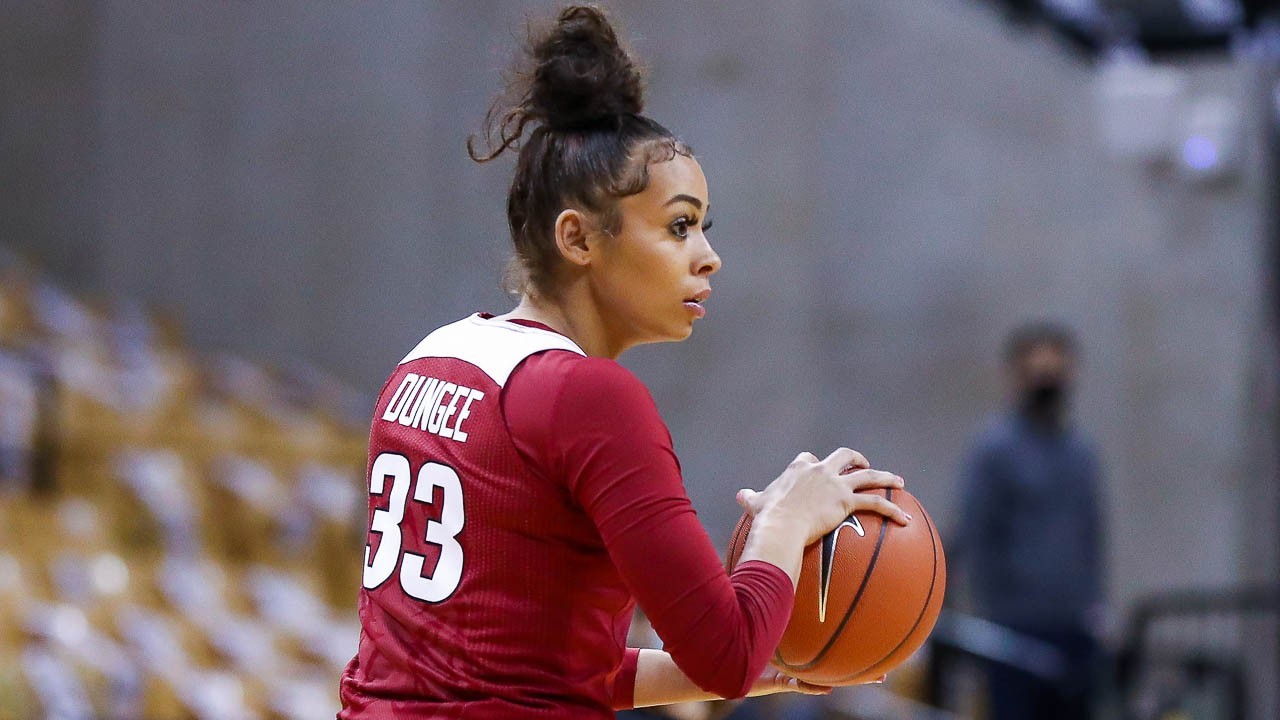 The Razorbacks have now swept the season series against Mizzou two years in a row, beating Mizzou, 91-88, on Jan. 3 in Fayetteville.

Slocum notched a double-double with 22 points and 10 assists while shooting at an efficient clip, going 8-13 from the field and 6-8 on three-pointers.

Arkansas got off to a fast start in this one, opening the game on a 13-2 run.

After starting the fourth quarter with a 12-point advantage, Arkansas allowed the Tiers a quick 7-0 run, and Missouri made its way all the way back to take its second lead of the game with 2:22 to go.

Arkansas took the lead right back after a pair of Dungee free throws, though, and Slocum sealed the game with a clutch three-pointer in the game’s final moments.

Some solid free throw shooting down the stretch cemented the win for Arkansas as the Razorbacks escaped Columbia with their first conference road win.

• It was the first 10+ assist performance by a Hog in an SEC game since Jailyn Mason had 10 against Ole Miss in 2016.

• Dungee has now scored 20+ points in eight of nine SEC games this year, and has scored in double-figures in 24 straight games.

• Amber Ramirez, who scored 17, made five threes in the game, her third straight game with 5+ makes from deep.

Arkansas’ matchup against Texas A&M has been pushed up a week to Sunday with the Razorbacks heading to College Station to take on the Aggies.

The game will be broadcast on the SEC Network with tipoff scheduled for 2 p.m.