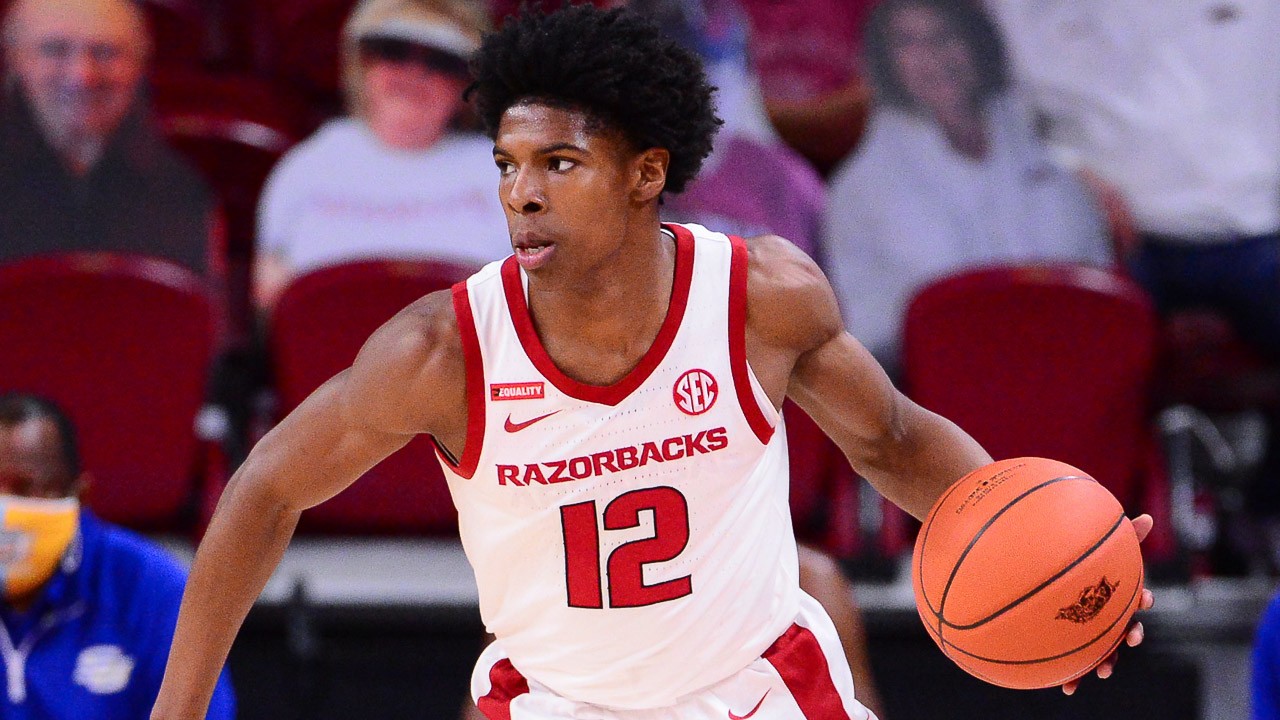 FAYETTEVILLE, Ark. — KK Robinson was never able to quite live up to his four-star rating coming out of high school.

After averaging just over six minutes a game for two seasons, he followed Chance Moore into the transfer portal Friday.

The sophomore from Bryant had two starts this year and appeared in 19 games, averaging 1.5 points per game.

• Only played in the first 11 games before having season-ending foot surgery to repair a fracture on his right foot on Jan. 10, 2021

• Was rated the 36th-best incoming freshman in the nation and the 7th-best combo guard by 247Sports.com

• Was rated the 59th-best incoming freshman in the nation and the 10th-best point guard by 247Sports.com composite

• Was rated the 79th-best incoming freshman in the nation and the 18th-best point guard by ESPN.com

• Was rated the 62nd-best incoming freshman in the nation and the 14th-best point guard by Rivals.com

Averaged 10.7 points, 7.5 assists, 4.8 rebounds and 3.7 steals per game … Helped lead his team to a 37-3 record and a final ranking of #7 in the ESPN poll … Averaged 18 points, 4.5 rebounds, three assists and three steals as a junior at Bryant High School while leading the Hornets to the Class 6A state championship game. He was tabbed honorable mention All-State on the Arkansas Sports Media Super Team … Robinson was named to the 2018 and 2019 Arkansas 7A All-State team as well as the 3A All-State team in 2017 when playing for Episcopal Collegiate HS.