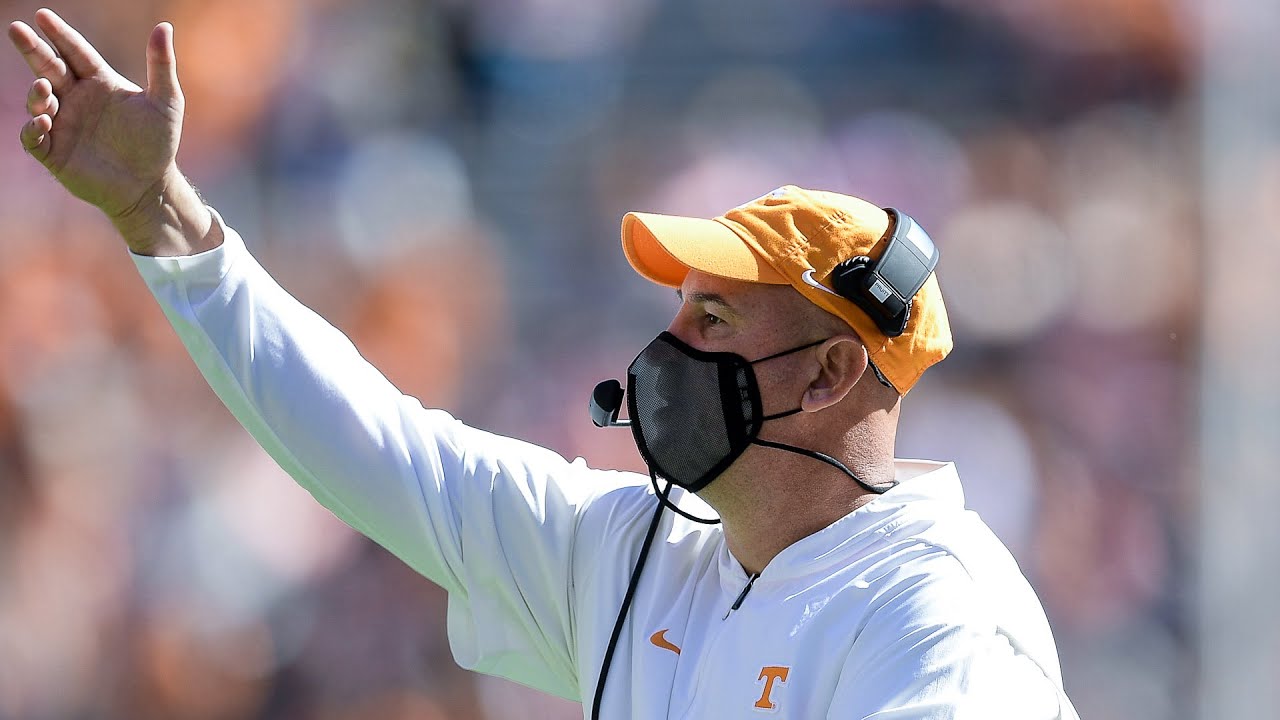 Jeremy Pruitt’s firing probably shouldn’t have been much of a surprise and for Tennessee faithful it hopefully marks the end of Phil Fulmer’s involvement.

Pruitt “should have been fired,” Jon Reed of Fox Sports Knoxville told Tye Richardson and Tommy Craft on The Morning Rush this morning on ESPN Arkansas.

Since the start of the 2007 season, Arkansas and Tennessee have both gone through five head coaches with a coach lasting just a single season at both places.

What they didn’t get into was Fulmer’s trying to escape responsibility by announcing he asked to be allowed to retire. Whether that was before or after he was told he was going to be gone either way we don’t know.

But Phat Phil rose to power within the Vols by backstabbing Johnny Majors to get the head coaching job, then stabbed John Currie in the back to get the athletics director’s job in 2017.

Wherever Fulmer was, chaos and drama followed him around. Alabama fans believe he turned the Crimson Tide into the NCAA and a lawsuit was filed. It took a few years to serve him papers but they were served at SEC Media Days in 2008.

Fulmer resigned at the end of that season. Call it the Nick Saban Effect. As long as Alabama was wallowing around trying to figure things out, Florida was going through a string of coaches after Steve Spurrier and Georgia going in circles, Fulmer piled up some wins.

Saban came to Tuscaloosa in 2007, beat Fulmer twice (by a combined score of 70-26) and Phil decided to ride out on the mirage he built that he was a good coach.

The reality is he was lucky as a coach and had no idea what to do as an athletics director and the entire program has turned into a toxic heap.

It kills any chance for Tennessee to hire the fans’ choice (Hugh Freeze). Some sources in Knoxville that are connected to the program say Gus Malzahn is the leader in the clubhouse.

Gus is available after being fired at Auburn. His defensive coordinator, Kevin Steele, is already in Knoxville.

“The belief is he’ll be on this next (Vols) staff no matter what,” Reed said. “To me that eliminates Gus because I don’t think Gus wants to get back in bed with (Steele).”

That is different from what I’ve been told. Malzahn basically turned everything with the defense over to Steele and they had a pretty good relationship, according to sources at Auburn.

But the first hire Tennessee has to make is an athletics director and Reed thinks that John Gilbert from East Carolina is the odds-on favorite.

Gilbert was at Alabama over marketing and fund-raising during Saban’s early years. Then he went to Tennessee before getting caught up in Fulmer’s whirlwind of screwups in 2017.

Pruitt was just a defensive coordinator Fulmer thought he could control and that certainly looks like it could have happened.

“Reports are he didn’t have very many friends over in the athletic building as well,” Reed said about Pruitt. “I wish it had happened earlier.”

Experience has shown with the Vols nobody in Knoxville really knows what’s going to happen.

“At Tennessee, we just kinda make it up as we go along,” Reed said.

There are Razorback fans that have had that same feeling.