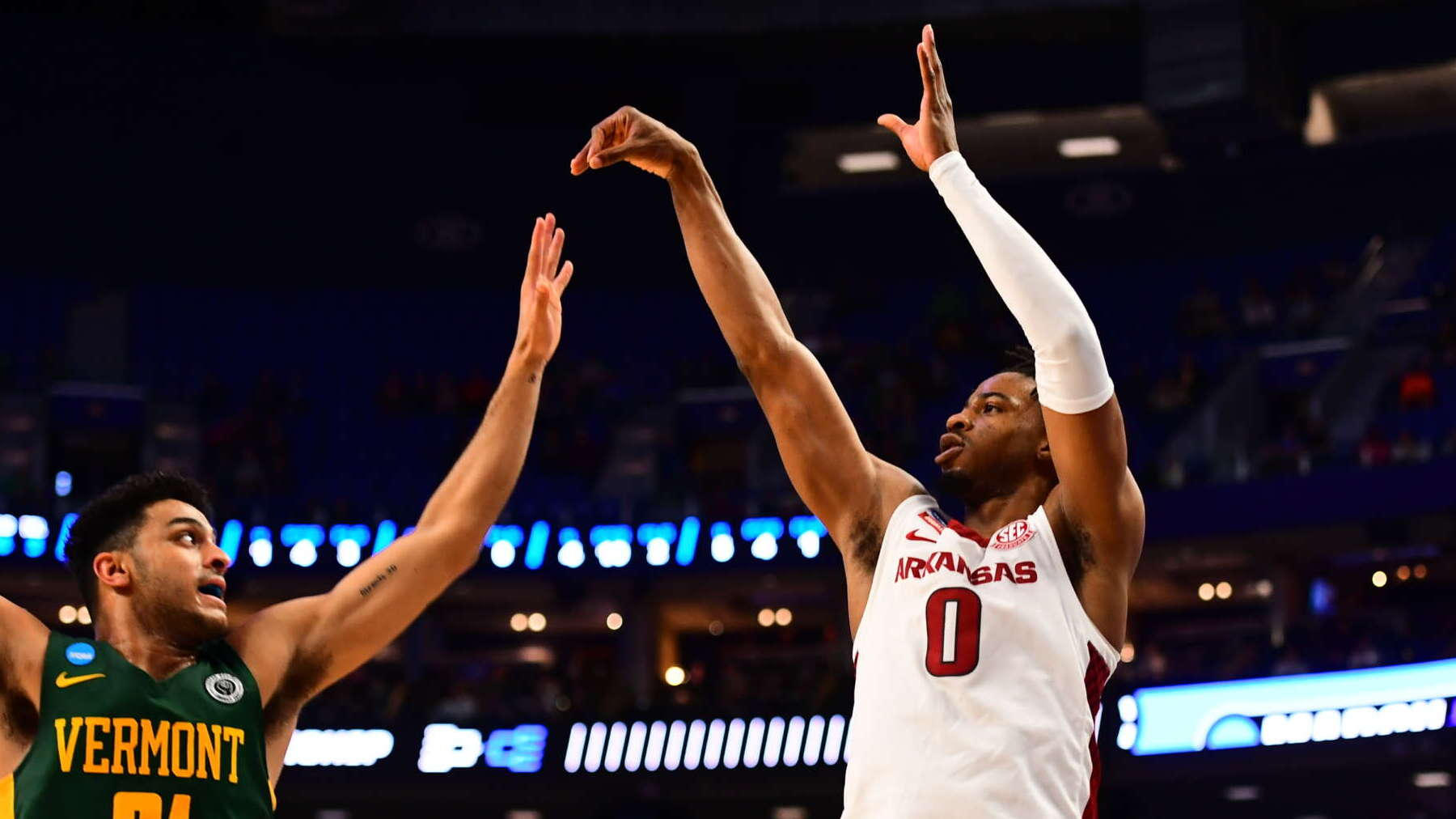 Arkansas had to do that Thursday night in a 75-71 win over Vermont in the first round of the NCAA Tournament.

The Razorbacks and Catamounts were close throughout. Neither team let the other get away, despite both teams making runs.

Stanley Umude led the Hogs with 21 points as one of four Razorbacks in double digits. JD Notae scored 17 (all in the second half) and Davonte Davis added 14 points off the bench.

Davis came off the bench in the first half when Notae got into foul trouble again and had to sit out. He led the scorers at halftime with 10 points.

Jaylin Williams notched a double-double with 13 points and 10 rebounds.

The Catamounts made their biggest run of the night with a 12-0 spurt in the second half that pulled them back into the game with under 16 minutes remaining.

It was close the rest of the way.

The Razorbacks finally put the game away down the stretch at the free throw line to put the finishing touches on a second half that saw the Hogs go 16-of-18 from the line.

Ryan Davis and Ben Shungu each scored 20 points for Vermont in the loss.

Arkansas advances to take on 13-seed New Mexico State in the second round on Saturday. The Aggies upset 5-seed UConn in Buffalo earlier on Thursday.