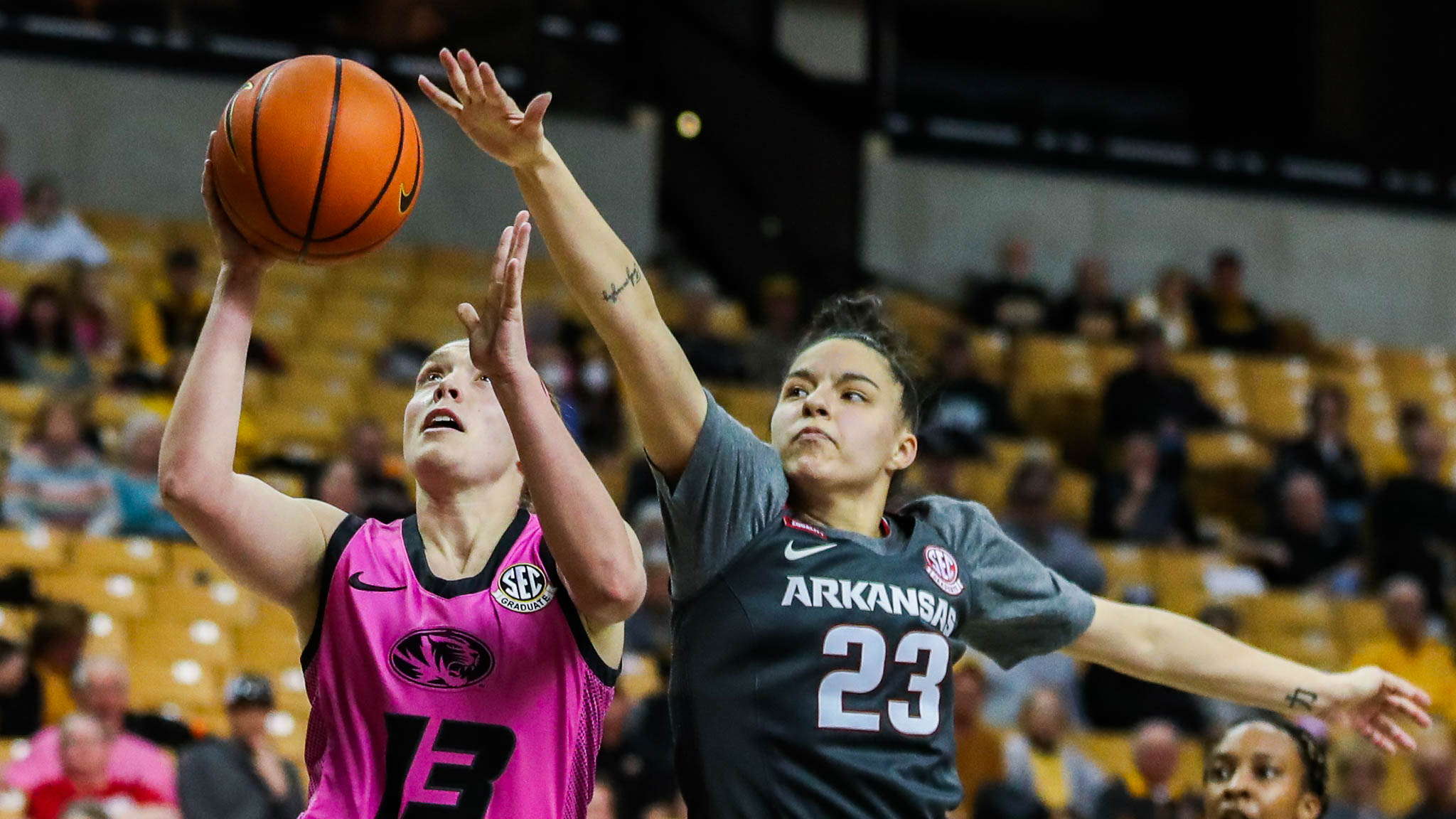 “I’m starting to run out of words,” he said after a 54-point second half led to what became a blowout 88-71 win over Missouri. “Our locker room is a fun place to be right now.”

With the win, the Hogs have now won six straight games over the Tigers.

This one may have been the best performance of the season, though.

All of that in three quarters. She didn’t score a point in the first period, but dominated the rest of the way, finishing with her seventh 20-plus point game of the season.

Mizzou had all the momentum at halftime as Aijha Blackwell dropped in an and-one to close out the first half, and a 41-34 lead.

The Hogs shot just 36% from the field in that first half.

Arkansas turned the heat up in the second half, dominating Missouri, 54-30, over the final two quarters.

Spencer and Sasha Goforth scored 15 each after the break and Ramirez added 14.

The Hogs led by four going into the final quarter after trailing by as many as 11 in the third quarter.

Ramirez had deep three-pointer just before the buzzer at the end of the third quarter and the Hogs blew the game open after that.

They outscored the Tigers, 26-12, hitting eight of their 13 shots in the frame, including three of four from behind the arc.

“The second half was about as good as we’ve played all year,” Neighbors said.

• Ramirez has simply been unstoppable as of late – she’s gone for 25 or more in four of her last five games.

• Spencer has gone for 20 or more in three of her last four games played.

The Razorbacks will stay on the road, heading to Gainesville for a showdown with Florida. The Hogs will play Thursday with an early tip-off at 5 p.m.