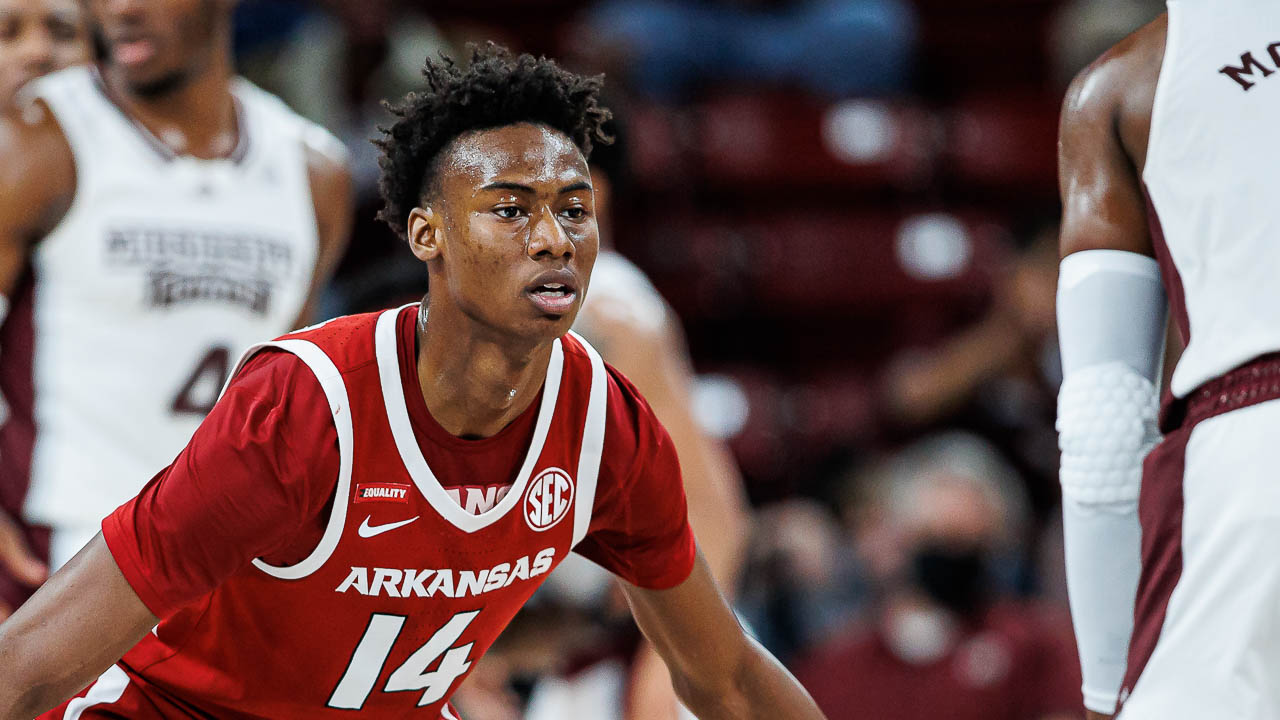 It probably shouldn’t be that surprising as many people had speculated it could happen.

The sophomore from Ada (Okla.) appeared in 16 games (4 starts) for the Razorbacks this season and averaged 3.4 points and 1.3 rebounds per game.

He joins Chance Moore, KK Robinson and Connor Vanover as Razorbacks who have elected to transfer this offseason. He announced his intentions via his personal Twitter.

“First, I would like to thank God for blessing me with the ability to play the sport that I love. To the University of Arkansas, I want to say thank you. Thank you for embracing me and making me feel like one of your own. My experience here is something I will cherish forever. After taking some time to speak with my family and consider what is best for my future, I have decided to enter the transfer portal.”

He scored a career-high 14 points on 3-of-6 shooting from beyond the arc in Arkansas’ win over Elon on December 21.

Robinson also connected on multiple three-pointers against Gardner-Webb, Hofstra and at Mississippi State. In that contest in Starkville (Miss.), he finished with six points and a season-high seven rebounds in 32 minutes of action.

Robinson came to Arkansas after one season at Texas A&M.

• Elon: Earned his first start as a Razorback and responded by scoring a career-high 14 points … Made his first three 3’s – to tie a career high – and was a career-best 3-of-3 at the free throw line.]

• @ Miss State: Tied his career-high with seven rebounds, tying for the team lead and played a career-high 31:42.

Played in 14 of A&M’s 18 games, making four starts (vs Auburn, at South Carolina, vs LSU and at Kansas State) … Recorded a block and assist in his collegiate debut in the season-opening win over New Orleans … Scored his first career points off a 3-pointer from the top of the key in the win over SE Louisiana … Saw action in the win over Wofford … Recorded season high in rebounds with seven in 18 minutes of play at LSU … With that, earned his first career start versus Auburn, playing a season-high 19:32 and establishing a season high with six points on a pair of 3’s in the win … Matched his season highs in points (6) and 3’s made (2) the following game in a start at South Carolina … Also made a pair of triples and tied his season high with six points at Ole Miss.

A four-star prospect by 247Sports, ESPN and Rivals … Ranked 62nd nationally and 16th at his position by 247Sports … Previously a top 50 recruit of 2021 class but reclassified to the 2020 signing class … Led Ada High School to a 21-6 record and the Class 4A State Tournament after averaging 15.4 points, 5.6 rebounds, and 2.5 assists per game as a junior … Played for Team Griffin in the Nike Elite Youth Basketball League where he helped capture the 2019 16U championship at the Nike Peach Jam.