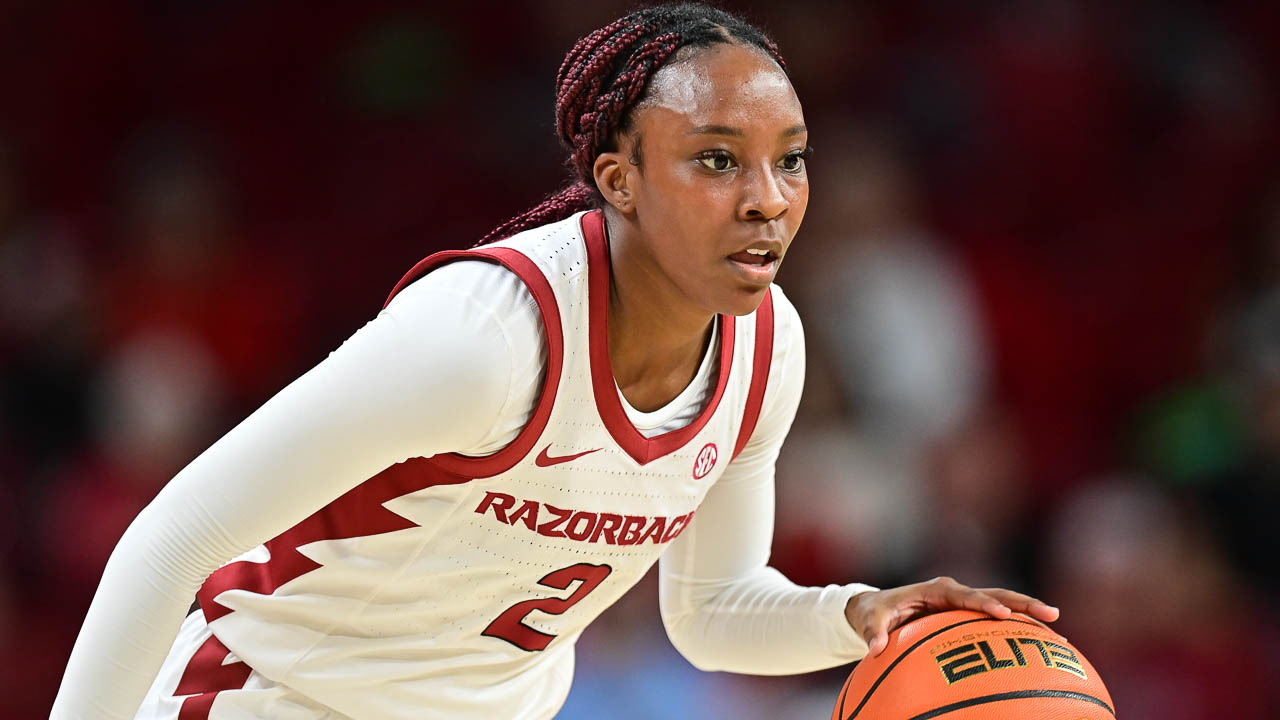 FAYETTEVILLE, Ark. — As Arkansas continues to roll at 10-0, they have earned a spot in the AP Top 25 Poll for the first time this season, coming in at No. 21.

This marks the first time since the 2020-21 slate the program has found itself in the top 25.

The Razorbacks took care of business once again this week, taking down Troy (87-70) and Oral Roberts (92-58) to improve to their best start since 2013.

Samara Spencer is coming off two big performances where she led the team in points, including a career-high 32-point performance against ORU.

One of 15 undefeated teams in the country, the Hogs’ 10 wins is tied with Virginia and Stanford as the most among NCAA Division I programs. The Razorbacks have defeated opponents by an average scoring margin of +22.2 and has outrebounded its opponents in nine of 10 contests for a +8.0-rebounding margin.

Through 10 games, Erynn Barnum paces the Razorbacks with 15.8 points, while her and Saylor Poffenbarger lead the team in rebounding with 7.6 per game and Spencer has a team’s most 45 assists.

The NET rankings also came out on Monday, with the Razorbacks coming in at No. 23.

Arkansas continues its homestand, as the Razorbacks are set to host Lamar on Thursday, Dec. 8 for a 7 p.m. tipoff.