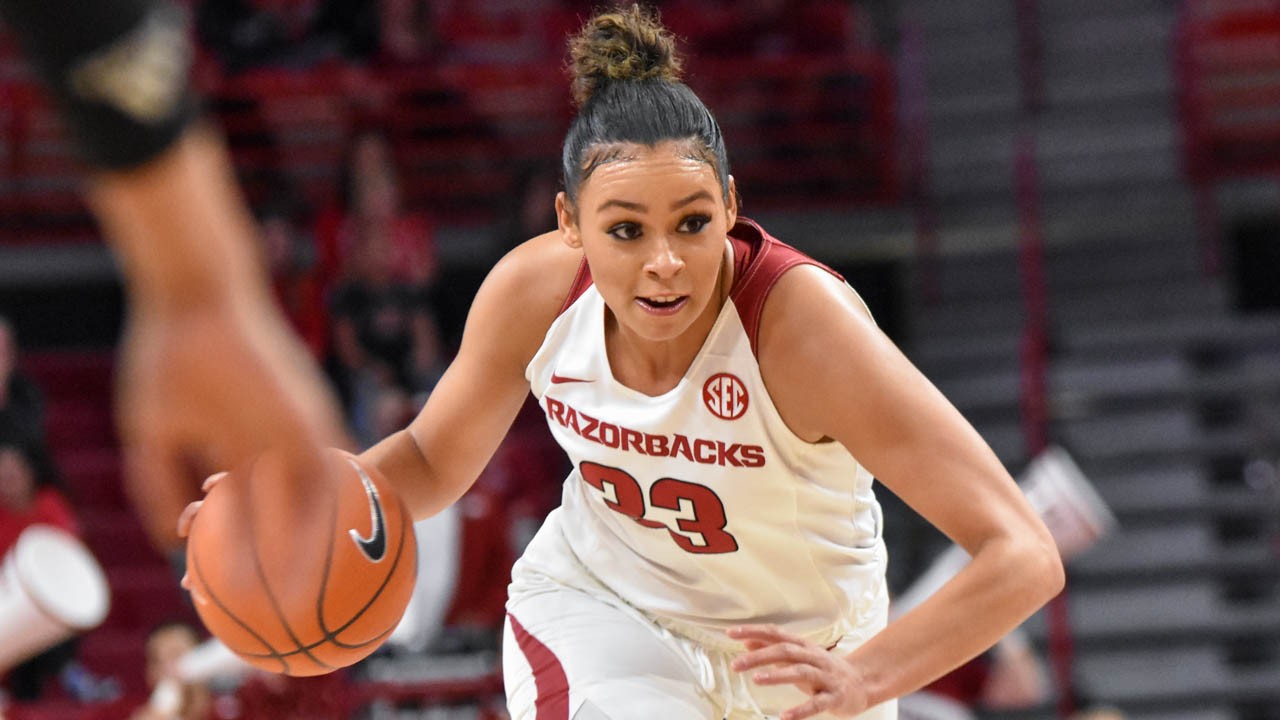 Chennedy Carter dropped a game-high 28 points, while two Aggies, N’dea Jones and Ciera Johnson, had double-doubles. Jones had 22 points and 11 rebounds, while Johnson had 11 points and 10 rebounds.

Arkansas had the edge from deep, making 12 threes to A&M’s six, but were outrebounded by the Aggies, 45-29.

After trailing by 12 at halftime, Arkansas showed great fight in the second half. The Hogs won the third quarter 22-15, going into the final intermission trailing just 59-54.

Their strong play carried over into the beginning of the fourth quarter, as the Hogs opened the frame on a 7-2 run to tie the game up at 61 on a Makayla Daniels’ layup.

However, A&M would strike back, closing the game on a 23-16 run. Arkansas would get to within three (80-77) with 22 seconds to play, but the Aggies would put the game away at the free throw line.

• Tolefree has been on a tear over her last three games, averaging 20.7 over that stretch.

• It was Tolefree’s third game this season with six treys, matching her career-high.

• For Williams, it was her first double-digit outing since last season’s WNIT, when she went for 15 against Houston (3/21/19). Williams also added two blocks.

The Razorbacks hit the road for the first time in conference play, heading to Auburn for a showdown with the Tigers.

That game is set to tipoff at 1 p.m. and can be watched on the SEC Network.