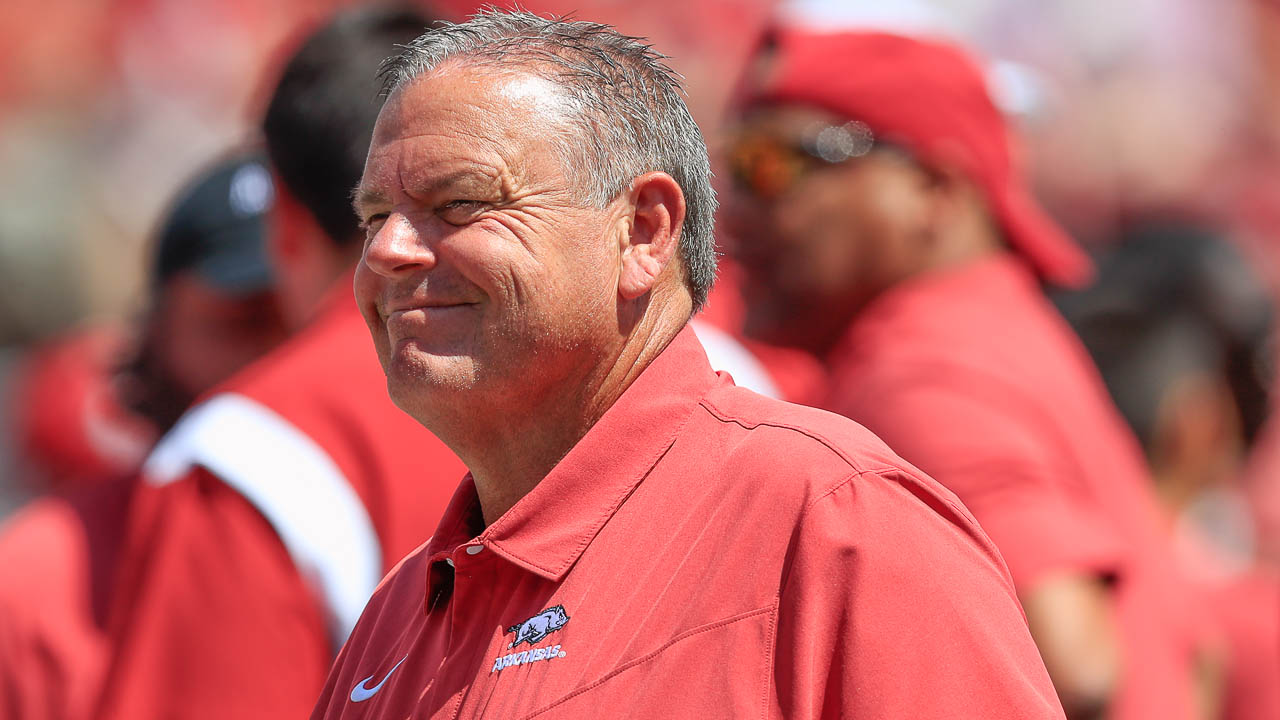 South Carolina used to be our constant cross-division SEC opponent, and there were times we handled them mightily, and there were others where I considered investing huge amounts in Lisinopril.

Gamecock head coach Shane Beamer is impressive, and he leads his team into 2022 and Donald W Reynolds Razorback Stadium with high expectations.

I like Beamer. I think it all began when I first saw his children run onto the field for a hug following a huge victory.

Arkansas looked as though it might have some defensive secondary flaws against Cincinnati last week, and, for many fans, it is a cause of concern.

Who can get this early conference game into the win column may be closer than we all appreciate. Get your prescription refills ready and let’s hope we do not come down to a necessary field goal block, right history?

Be certain to listen to the game Saturday at 11 a.m. via HitThatLine.com and on the air at ESPN Arkansas 99.5 in Fayetteville, 95.3 in the River Valley, 96.3 in Hot Springs, and 104.3 in Harrison-Mountain Home.

Week 2 looks to be tough, riddled with good match-ups, and I know Andy Hodges is secretly wishing these games will spell my early season demise.

(1) Alabama at Texas: There are some good games across the nation this weekend, but a lot of people are focusing their attention on this game. Perhaps many just want to see the Longhorns get drilled in Austin. Crimson Tide by 24.

South Carolina at (16) Arkansas: Shane Beamer and his motivational skills are comparable to Houston Nutt, right? Hogs by 17.

(23) Wake Forest at Vanderbilt: This will be a good measuring stick for a hopeful Commodore team and fan base. Demon Deacons by 18.

Missouri at Kansas State: No one really has a solid idea how good either of these teams are. Many can speculate. I am calling it a toss-up. Tigers by 10.

Appalachia State at (6) Texas A&M: The only thing going down at Kyle Field is A&M’s strength of schedule. Aggies by 38.

(24) Tennessee at (17) Pitt: Almost worthy of being “Game of the Week”, but I am still unsold how close this one will be. The Vols will find it tough to win on the road, and a critical call late will prevent that. Panthers by 7.

Samford at (2) Georgia: You will change the channel early. Bulldogs by 40… by half.

(20) Kentucky at (12) Florida – GAME OF THE WEEK: I am not sold on Florida, but they are at in the Swamp against a tough Wildcats team.Gators by 5.

Central Arkansas @ (22) Ole Miss: The Bears will get paid enough money this week to buy Lane Kiffin two years’ worth of sun visors. Rebels by 35.

San Jose State @ Auburn: The Tigers will show Chad Morris how a mediocre SEC does it against the Spartans. War Eagle by 28.

Southern @ LSU: The Tigers need to kick the memories of last week’s tough loss. Tigers by 30.

Mississippi State @ Arizona: I almost made this the Game of the Week simply because I feel it will be close… very close. Bulldogs by 2.

Rumor is some of you made big bucks betting with Eric’s gambling wisdom last week. Can you do it two weeks in a row? And the bigger question, will you take his advice, or shall you see it as a foreboding failure and pick against the expert?

Virginia @ Illinois -4 – Both Virginia and Illinois are coming in with unders and are licking their wounds failing to cover last week’s spreads. This week, against each other, both teams will make failed attempts to run the ball keeping the game a one possession, low scoring affair.  Pete’s mentor, Bret, will kneel on his six-point lead at the end, so I’m taking the Illinois Fighting Bielemi’  minus the 4 and under the total 58.

Back to South Carolina at Arkansas; check in during the game for all the highlights updates from Saturday’s contest.

History does repeat itself, but not always. I am a Blessed man, and I have so many of you to thank, especially the greatest person I have ever met.