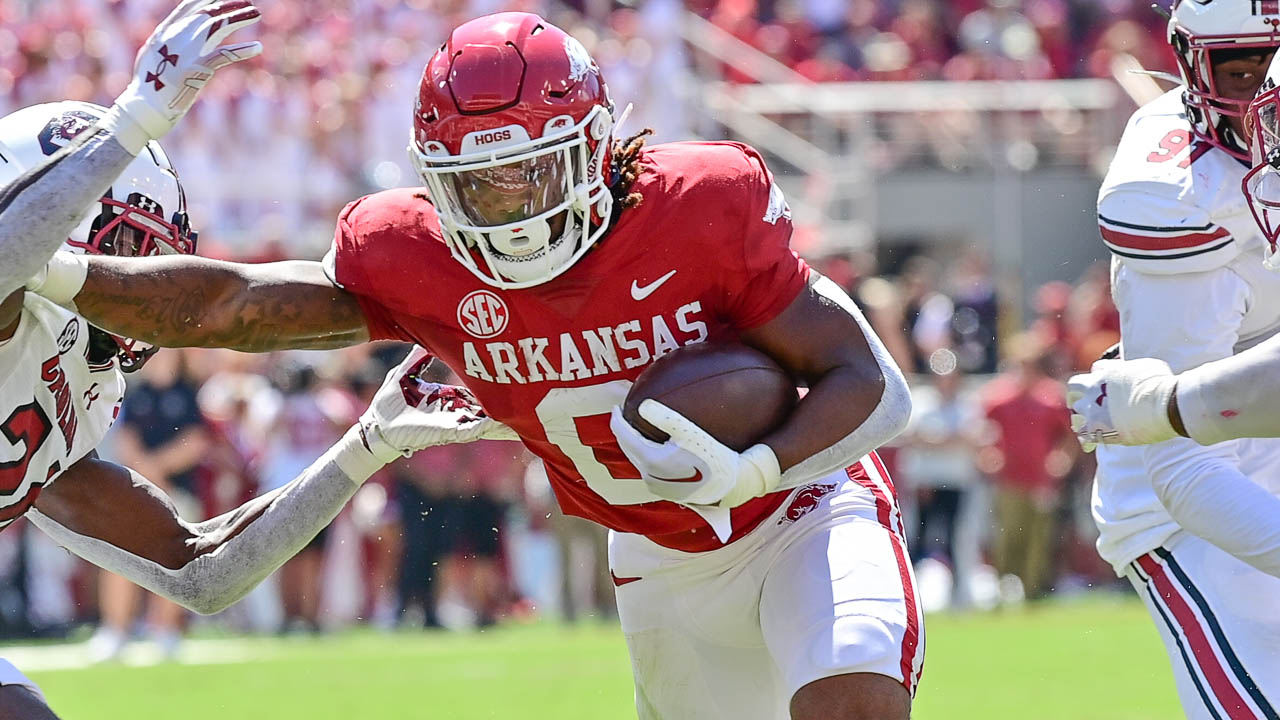 “Hey, what are we doing this weekend?”

“We are having a get-together on Saturday. Remember, that one guy is coming?”

“You know, the who came down from Atlanta about ten years ago.”

“You know, the one with the motorcycle.”

“Yes, how could you forget? The guy who crashed and ruined the party.”

And that is all I have to say about that.

Arkansas welcomes the FCS No. 5-ranked Missouri State Bears to Fayetteville on Saturday, and while some may see this as an easy win against a lower division opponent, we must not forget they are a powerhouse in their respectable FCS endeavors.

Their head coach is known for developing great quarterbacks and throwing for big numbers offensively, and, unfortunately, Arkansas’s defensive secondary is not at the top of its game right now. So, oddly enough, if we have a glaring weakness there, it could very easily be the Bears who expose it to the fullest.

Arkansas defensive coordinator Barry Odom might have a word to say though. Despite injuries in his secondary, he has had a couple of weeks of games to provide development through gametime experience, study, and scheming in preparation for Missouri State.

On the offensive side of the ball, KJ Jefferson and the mixture of power and speed we have in the backfield should be able to easily move the sticks all game long into what will be a cool Arkansas evening.

The wide receivers could also be set up for a big game should Arkansas Offensive Coordinator Kendall Briles decide to air it out, perhaps even to show those curious along the other sideline of the field they are not the only ones who can drop bombs and put up big yardage.

Razorback coach Sam Pittman is a genuine guy, and I honestly feel his remarks on the game are his true thoughts, yet one can also imagine he will not be meeting anyone from the Bears’ sideline for “some old cold beer”.

If Arkansas can, they really need to run up the score early here. Whether or not we put stock in the polls, it is something for which we place a lot of pride when we are ranked, and being in the Top Ten is making us beam across the Razorback State right now.

A few weeks ago we asked the student section to prepare and to step up their game this week. The eyes of Generation X are upon you, and we are still expecting big things from you, Gen Z.

TRIVIA QUESTION: What do you get when you cross a state policeman, a volleyball player, and a motorcycle?

I wonder if there are any open positions within the Arkansas Athletic Program?

The game has been a sell-out for a while. I cannot fathom as to why.

We cannot take this Missouri State team lightly. Texas A&M took Appalachia State lightly, and we all see how that worked out.

Speaking of Texas A&M, did you happen to see their “yell practice” leading up to the game against the Mountaineers? Rumor has it the Aggie admins have tried to get the video banned, yet it is too widespread at this point. In other words, do not take the risk of missing out by downloading your copy today.

TRIVIA ANSWER: You get the “Hammer Down”.

I often wonder what happened to the bike.

Be certain to listen to the game Saturday at 6 p.m. here at HitThatLine.com and on the air at ESPN Arkansas 99.5 in Fayetteville, 95.3 in the River Valley, 96.3 in Hot Springs, and 104.3 in Harrison-Mountain Home.

Week 3 has the promise of a handful of good games which will make this week’s picks more interesting. There are also going to be a few cakewalks for our SEC friends. Andy no doubt has his choices in tip-top shape once again. Will I cave under the pressure?

(1) Georgia at South Carolina: This could be a good game giving how it is in Columbia. It could also serve as a measuring stick for how great Arkansas really is this season. Georgia comes in as the new number one and will leave the same. Bulldogs by 19.

Youngstown St at (9) Kentucky: I had to Google if Youngstown was really a state… And if you have no idea what that means you need to step up your enjoyment of the full Aggies experience last week. Wildcats by 30.

Abilene Christian at Missouri: If the Wildcats somehow pull out a victory here, I will finally understand about what George Hamilton the IV was so adamant. Tigers by 32.

(20) Ole Miss at Georgia Tech: Could this possibly shape up to a better game than expected? Maybe. Rebels by 14.

(22) Penn State at Auburn: Do you know what is hotter than an Arkansas summer? Give up? Brian Harsin’s seat after this loss. Nittany Lions by 7.

Vanderbilt at Northern Illinois: I wonder if either set of fans consider this game to be a cupcake win? Vandy is improving. Commodores by 11.

UL Monroe at (2) Alabama: I just had the weirdest thing happen when making these pics… Eh, it is not important, at least when compared to the magnitude of this game. Crimson Tide by 32.

Mississippi State at LSU – GAME OF THE WEEK: Why GOTW honors? Because this one looks to be the best match-up. I know the Hurricanes play the Aggies, but Mississippi State has looked impressive in their two previous wins, and LSU, despite their flub against Florida State, has not looked completely incapable. Not to mention, they will be playing the game in Death Valley as the Sun slowly starts to fade. Bulldogs by 6.

Missouri State at Arkansas: This one may be closer than I originally picked. You may need to “brace” yourself for a good game. Hogs by 28.

Akron at (15) Tennessee: Tennessee’s baseball fans are actually paying attention to football. Suddenly those upward steps out of their Mom’s basements do not seem quite so unmanageable. Vols by 28.

South Florida @ Florida: I bet the Buffalo Boys will be in Gainesville tonight. They will not be at the game, but they will definitely be around campus. Gators by 24.

(13) Miami at (24) Texas A&M: Write this down: LOL. Great game last week, Aggies. You made Chad Morris jump out of his chair and scream, “See, it can happen to anybody, right, Dabo?!!! Right?…” A&M, can you perhaps represent our conference a little better this week? This game is the most intriguing on this weekend’s slate and MIGHT actually affect the national picture. Aggies by 3.

Welcome once again to what my mind refers to as “EGAT” (Eric’s Gambling Addiction Therapy). If you are new, this is where we  help those of you who seem to be struggling pick a winner actually make the correct decision before placing your bet. I would now state you could also pick the opposite of his advice since he is often mistaken in a majority of his choices (including but not limited to) once asking a potential love interest if she could go for a parlay.

Oregon -3½ vs BYU O-U 58: On paper, this is the most watchable of the games to bet this week, but the half-point hook makes picking the game as treacherous as riding in a side car with Oregon’s motorcycle riding mascot.  Oregon laid an egg offensively against Georgia, but Hog fans recognize the anomaly of an early season encounter with the Dawgs.

With a warm and sunny day anticipated in Eugene, I expect a high scoring affair (particularly early) and ending with a late field goal.  By which team, I know not. Take over 58 total.

Back to Missouri State at Arkansas; check in during the game for all the highlights and updates from Saturday’s contest.

I often get asked how many games I attend in person. The answer is mixed. I will state this weekend I will not be in attendance; however, I will be enjoying the game like a lot of you: kicked back, relaxed, and with my favorite Mountain Dew.