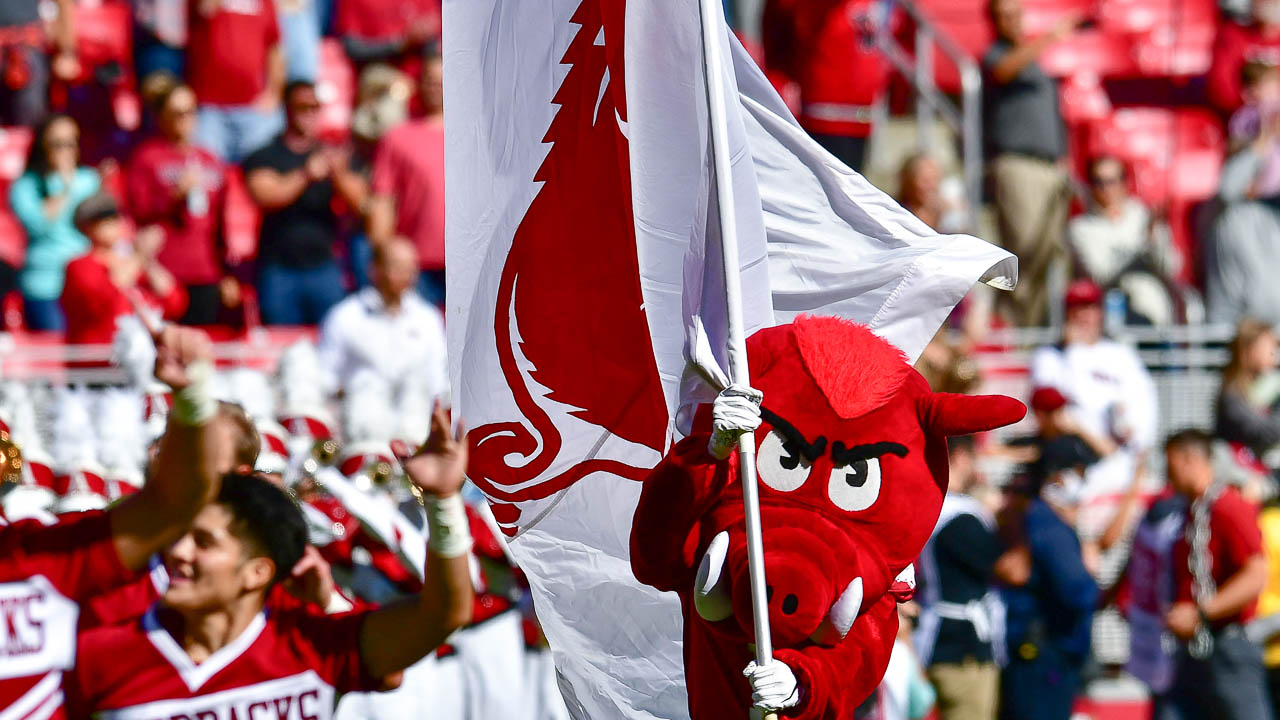 Sibling rivalry. A often discussed common occurrence throughout American households. Generally, unspoken rules dictate the closer in age, intelligence, and social status, the fiercer the contention must resonate within the home.

Being nine years apart my brother’s rules for his younger, better looking male sibling were plain:

1. Stay out of my truck.
2. Do not enter my room without permission.
3. Do not stare at my Farah Fawcett poster.

I broke all three.

My older sister fell three years his junior, and his guidelines for her were more straightforward:

Rule No. 3 went out the window if anyone messed with any of us.

Arkansas welcomes Arkansas-Pine Bluff into War Memorial Stadium in Little Rock Saturday, and it has been a long time since we have opened the door for “football family.”

Perhaps that’s one of the reasons for this particular game being played in the capital city.

Furthermore, I really do not know if the Hogs and their fans consider the Golden Lions to be a little brother moreas we view them a much younger cousin. We do not get to see them a lot, but our doting uncle occasionally posts how “cuz” is doing this week.

Arkansas comes in on a three game losing streak, while NCAA Division I Football Championship Subdivision (FCS) UAPB enters the contest with a 1 – 5 record. Despite our recent failures, given how well the Razorbacks have played (for the most part) this season, the expectation is this will be an easy victory.

The question remains, will this put to rest any grudges held by some from the Golden Lions base?

Will the Hogs be a shining example of what a big brother should be at the reunion? Will UAPB be that pesky kid hanging on our arm while we are spending our time focusing upon the friend our female cousin brought with them.

(Why are you scoffing, you know you’ve done the same thing.)

Only by tossing Frank Broyles’s old policy if not playing in-state schools and locking up on the gridiron will we know the answers to these questions.

Battles within siblings have to rage, smack talk has to reign supreme, and lessons have to be taught.

You’ve wanted this, Lions, and, unfortunately, it may be time you learned a lesson.

Arkansas needs to do a turnaround on this season quickly. We do have some good recruits coming up and young talent on the roster; however, thanks (but sincerely no thanks) to COVID, we are privileged to have a veteran-laden team we can enjoy watching play together one last season.

TRIVIA QUESTION: When is the last time Arkansas played an in-state school in football? (Editor’s Note: Germany and Japan were still hanging on)

We like the Golden Lions, right? I mean, they are a part of our state, and everyone knows, you can pick on and make fun of Arkansas, its people, and the fact we have a presidential library that does slightly favor a trailer home, but this right to ridicule is granted ONLY if you are from within the borders of this great land.

Arkansans are family, and, collectively, we respect and love our own.

But … Eric Musselman, if you are reading this (and I somehow get the feeling you are) and if you get a chance to play Arkansas State before they rid themselves of coach Mike Balado, please, please, please drill him (not the team, but him) like a bad tooth. Maybe he will pay attention to OUR record then.

Can some of my fellow Razorbacks fans be any more idiotic on social media? There seriously needs to be a limit on the number of times the most vocal fans can post and comment. And this is coming from a guy who chewed out the SEC Officiating Office on ‘Twitter’.

Many do not know I got my college basketball coaching career start at UAPB. Granted, it lasted no longer than the batteries in my Xbox controller, but the success I had in a limited time with those young men will last a lifetime on my memory card.

TRIVIA ANSWER: Arkansas last played an in-state opponent in 1944 when it defeated UA-Monticello (then known as Arkansas A&M College) 41 – 0 in Fayetteville.

Did you take my advice and check out what former Arkansas coaches Jeff Traylor and Barry Lunney, Jr. are throwing down at the University of Texas at San Antonio (UTSA)?

Arkansas gets to pick on little brother for a short while, but Sam Pittman will show some fondness in his heart for our fellow Arkansans and ease back on the torture.

Be certain to listen to the game Saturday at 11 a.m. via HitThatLine.com and on the air at ESPN Arkansas 99.5 in Fayetteville, 95.3 in the River Valley, 96.3 in Hot Springs, and 104.3 in Harrison-Mountain Home.

Usually at this point in the yearly HTL Picks Cup, the main pundits are able to predict a winner. Even the slightest points margin can indicate the most likely champion based upon trends. Right now it’s too close to call, and I do not believe good ole Andy Hodges is strutting his stuff during this time frame as he has in years past. Let’s see where this week takes us.

Arkansas-Pine Bluff at Arkansas: I cannot remember which talk-show personality said it, but the Razorbacks needed to treat this like a bye week. Hopefully they did but still come to play. Hogs by 42.

LSU at (12) Ole Miss – GAME OF THE WEEK: Selecting which SEC contest this week should get GOTW honors was a bit of a toss-up. LSU has momentum coming off its win versus Florida, but what does the news about Tigers coach Ed Orgeron being shown the exit lane in Baton Rouge (come season’s end) affect the team and their gameday mentality? Ole Miss is playing well, but, truthfully, they should have lost to the Razorbacks… they did not. This should be a close game on paper, and depending upon whether or not optimism and guile can overcome pessimism and a “screw this” approach from the LSU locker room, it could be a close win or a blowout. Either way it is the Rebels by (take your guess).

Mississippi State at Vanderbilt: Thinking about how this game will go I almost uncorked the bottle on the old “SLOPFEST OF THE WEEK” label. I refrained but only because even if State plays their worst game of the season, they will still defeat Vandy. Bulldogs by 20.

Tennessee at (4) Alabama: It is the Volunteers’ turn to feel the wrath of a one-loss Nick Saban. With this being a night game the Tide have an opportunity do their stadium light show and everyone gets to feel a Houston Nutt level of “speshul.” Bama by 24.

South Carolina at (17) Texas A&M: The Gamecocks make one of the longest trips in the SEC by traveling to College Station. The Aggies are playing better again and back in the national spotlight. Will this cause them to become lax? Not this week. A&M by 17.

I certainly hope some of the Golden Lions fans will let go of their grudges; but, just in case they cannot, to the Razorbacks football team is state: get some confidence back and kick some ass, Hogs!