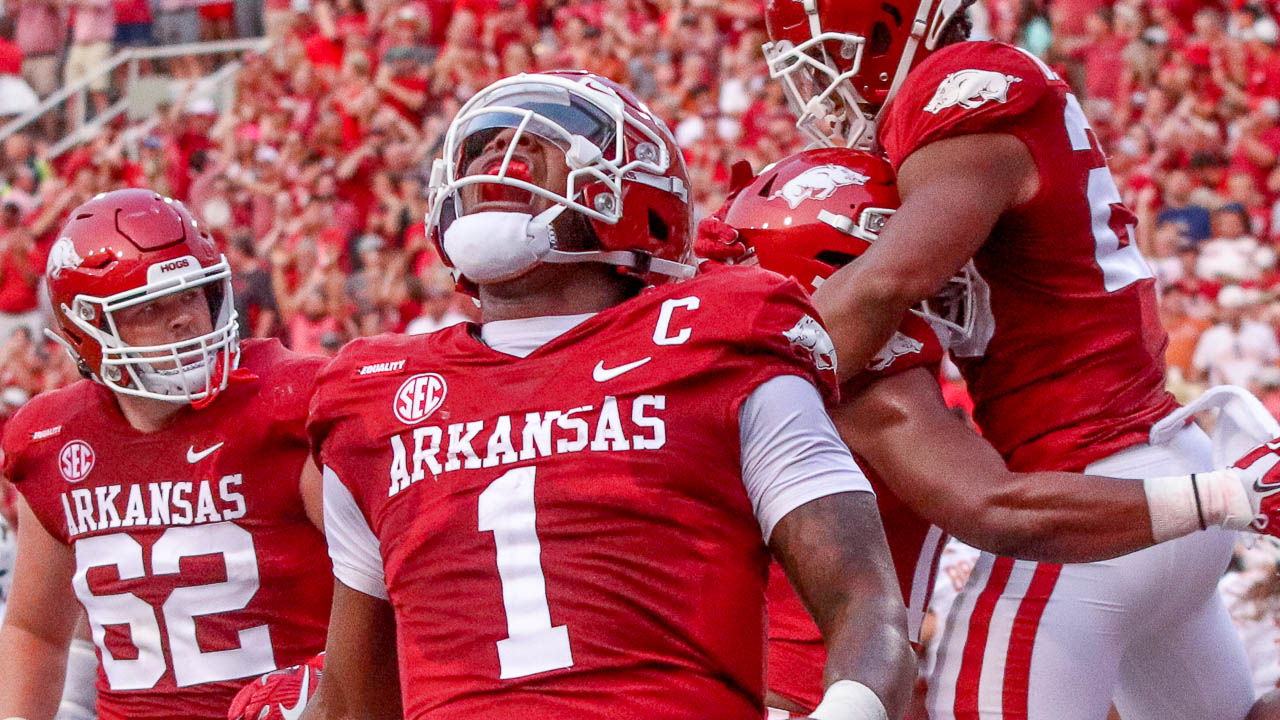 Arkansas came up one play short against Ole Miss on Saturday, but they didn’t fall far when the rankings came out Sunday afternoon.

While Georgia moved up to No. 1 after Alabama lost to Texas A&M on Saturday night, the Razorbacks only fell from 13th to 17th in the Associated Press poll.

They essentially swapped spots with the Rebels, who moved to 13th.

“It was a heck of a football game,” Sam Pittman said after the 52-51 loss to Ole Miss. “We made way too many mistakes on defense, the ball got behind us several times. Not a very good defensive performance, obviously.”

“The difference in the game was we put the ball on the ground once and missed a field goal and they didn’t,” Pittman said.

The Hogs face Auburn in yet another 11 a.m. start at Razorback Stadium on Saturday. The Tigers lost to Georgia on Saturday and fell out of the polls.

It is the first game back in town since Sept. 18 against Georgia Southern.