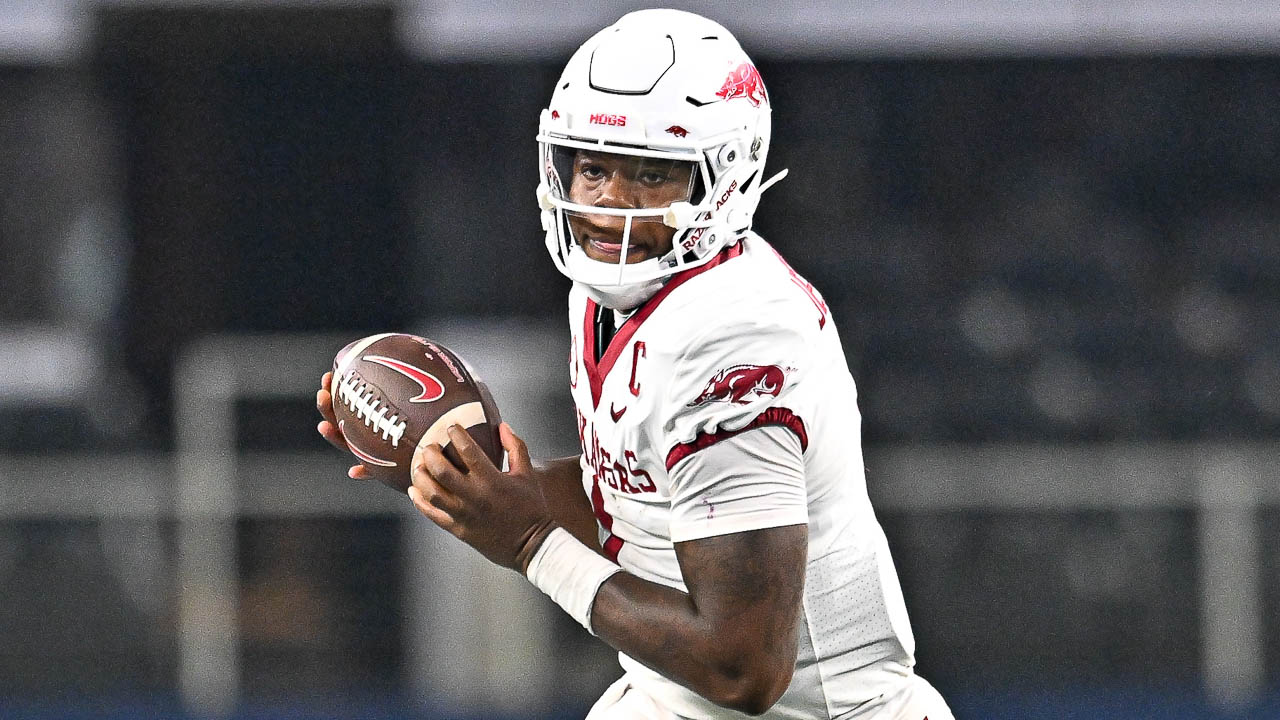 ARLINGTON, Texas — It’s a hot day in North Texas, but no problem in AT&T Stadium as a packed house showed up for Arkansas-Texas A&M in a big SEC game on ESPN.

The Aggies won the coin toss and Arkansas gets the ball first.

1Q 9:44: Texas A&M doesn’t look like a particularly good team on either side of the ball and the Razorbacks take advantage of that with a 26-yard run by KJ Jefferson setting up a 32-yard pass to Ketron Jackson. It looked too easy. Hogs 7, Aggies 0.

1Q 5:25: The Aggies’ defense seems to be playing to the level of their offense as the Hogs are eating up yardage in chunks and Jefferson finds a wide open Warren Thompson streaking behind everybody for a 56-yard scoring strike. It’s almost looking too easy. Hogs 14, Aggies 0.

2Q 8:45: Devon Achane breaks free for a 63-yard run to set up a 10-yard scoring pass from quarterback Max Johnson to wide receiver Evan Stewart as the Aggies finally get some offense. Hogs 14, Aggies 7.

2Q 3:11: Okay, we’ll try and describe this one. Jefferson terribly mis-judged his jump nowhere near the end zone  at the 3 and fumbled, when Tyreek Chappel and Demoni Johnson took it away at the 18 and the result was a 98-yard fumble return for a score. Then the Aggies messed up the extra point to avoid tying the game. Hogs 14, Aggies 13.

3Q 3:48: The Hogs better figure out something to do on offense or they are going to have trouble. The Aggies are moving the ball and both quarterbacks have thrown for 135 yards thus far. It’s the most Johnson has thrown for A&M in a game this season. They stop the Hogs on downs, then open lead on a 31-yard field goal by Randy Bond. Aggies 23, Hogs 14.

The Hogs had a shot to get back in front, but Cam Little’s 42-yard field goal attempt banged off the right upright near the top and the Aggies ran out the clock.