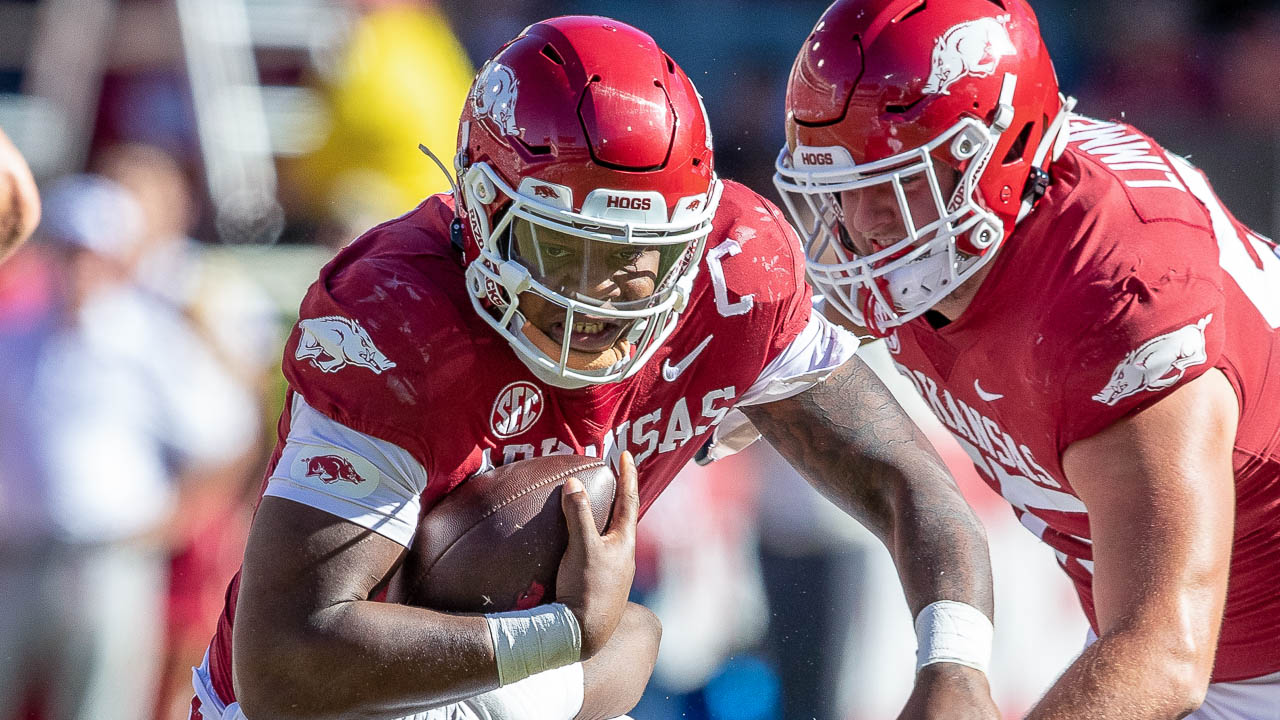 FAYETTEVILLE, Ark. — He may not have a backup yet, but Arkansas quarterback KJ Jefferson will be back.

It’s been a question that has kept some Razorback fans squirming since the season ended last week.

Jefferson didn’t keep everybody hanging for long, which means he obviously didn’t have a particularly high NFL draft score and didn’t want to look for somewhere else to play.

Now coach Sam Pittman and his staff have to find a backup with Malik Hornsby announcing he’s entering the transfer portal Monday and Cade Fortin fresh out of eligibility.

Can’t stop what God got for you🙏🏽 #KMT 💰 pic.twitter.com/Tn2OY1qx7K

Considering Jefferson will be behind almost a completely new offensive line, that backup spot may end up being kind of important.

Pittman had said he was looking for help in the portal this year and they have committed four-star Malachi Singleton out of Georgia, but they still have get his name on the bottom line. Relying on a true freshman is not particularly comforting for anybody

Jefferson’s career completion percentage of 65.5 is currently the best in program history by a wide margin.

Jefferson’s 46 passing touchdowns are the seventh-most in school history and 18 shy of Brandon Allen’s program record.

The Hogs are waiting to find out their bowl destination this season with a lot of speculation has them playing a Big 12 opponent in the Liberty Bowl in Memphis on Dec. 28.

Considering the way the season has gone, that would be a good note for fans.

Not as good as Jefferson being there and coming back for a fifth season.