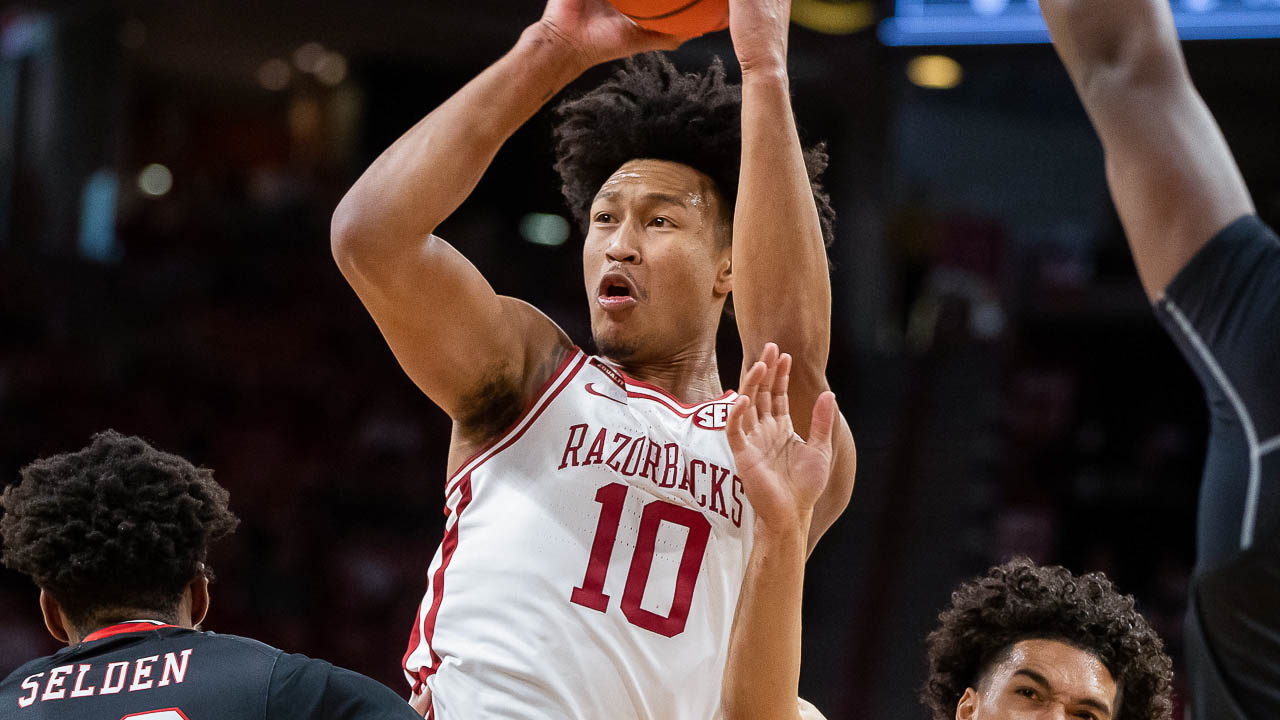 KANSAS CITY — Arkansas made several key plays inside the final 1:37 to secure a 73-67 victory over Cincinnati to win the 2021 Hall of Fame Classic on Tuesday evening.

Down one, JD Notae made a steal that led to a pair of Au’Diese Toney free throws for a 68-67 lead, one the Razorbacks would not relinquish.

Toney led the Hogs with 19 points and accounted for nine of Arkansas’ 46 rebounds. Williams led the way with 11 boards, helping the Razorbacks out rebound the Bearcats by 14.

RELATED:   Bud Light Seltzer Morning Rush Podcast: Where has KJ improved the most?

Toney was named the Classic MVP and Lykes joined him on the all-tournament team.