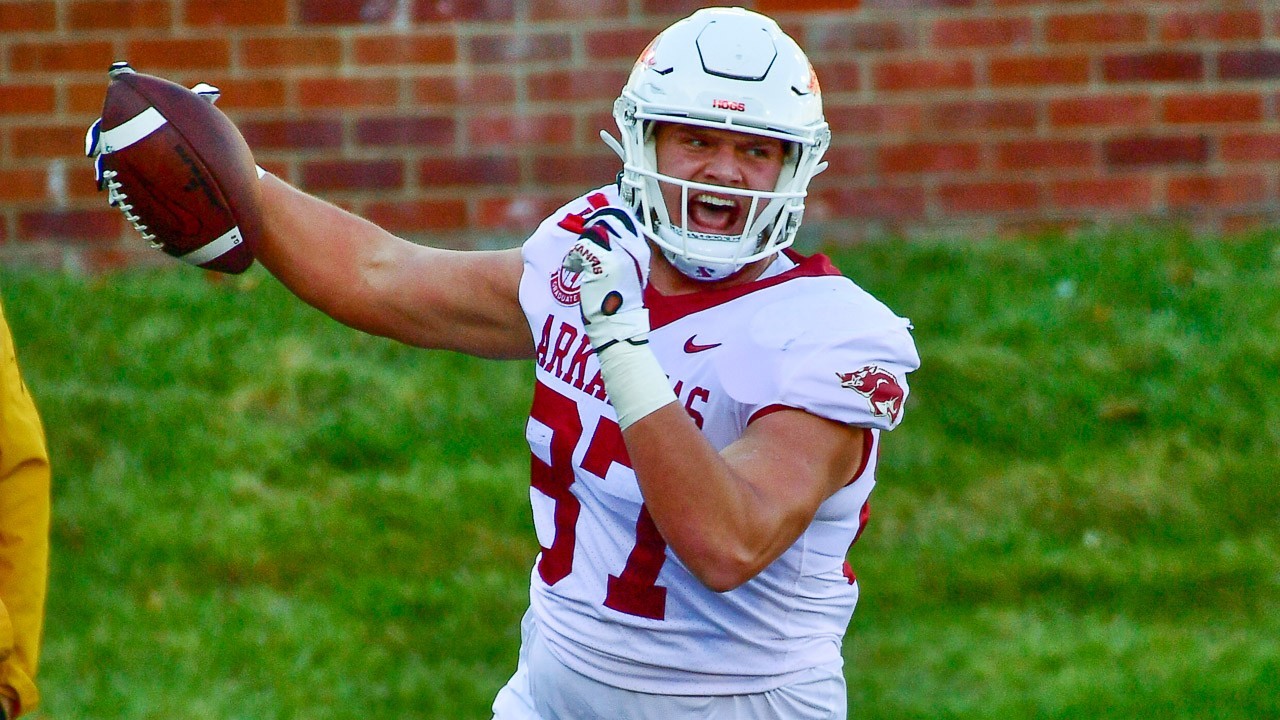 Add tight end Blake Kern to the growing list of seniors coming back for another year with the program Sam Pittman is starting to build at Arkansas.

Big Kern! Coming back for another year to represent Lamar, and the state of Arkansas! Proud of what you’ve done, can’t wait to see what you can accomplish! Let’s get to work! #WPS 🐗 pic.twitter.com/z2SBnwbPnN

Kern will be 24 years old when next season kicks off and the Lamar native started as a walk-on and had his most playing time and success this past season.

Kern started five of 10 games and played more than twice as many snaps as Hudson Henry this past season after playing mostly as a blocker in 2019 and sparingly before that.

He made his first career reception in the opener this season against Georgia and ended the regular season with 20 catches for 201 yards. That total includes touchdowns against Tennessee and Missouri.

Kern’s return to the Razorbacks in 2021 will provide some much needed depth at a position that is pretty young and thin.