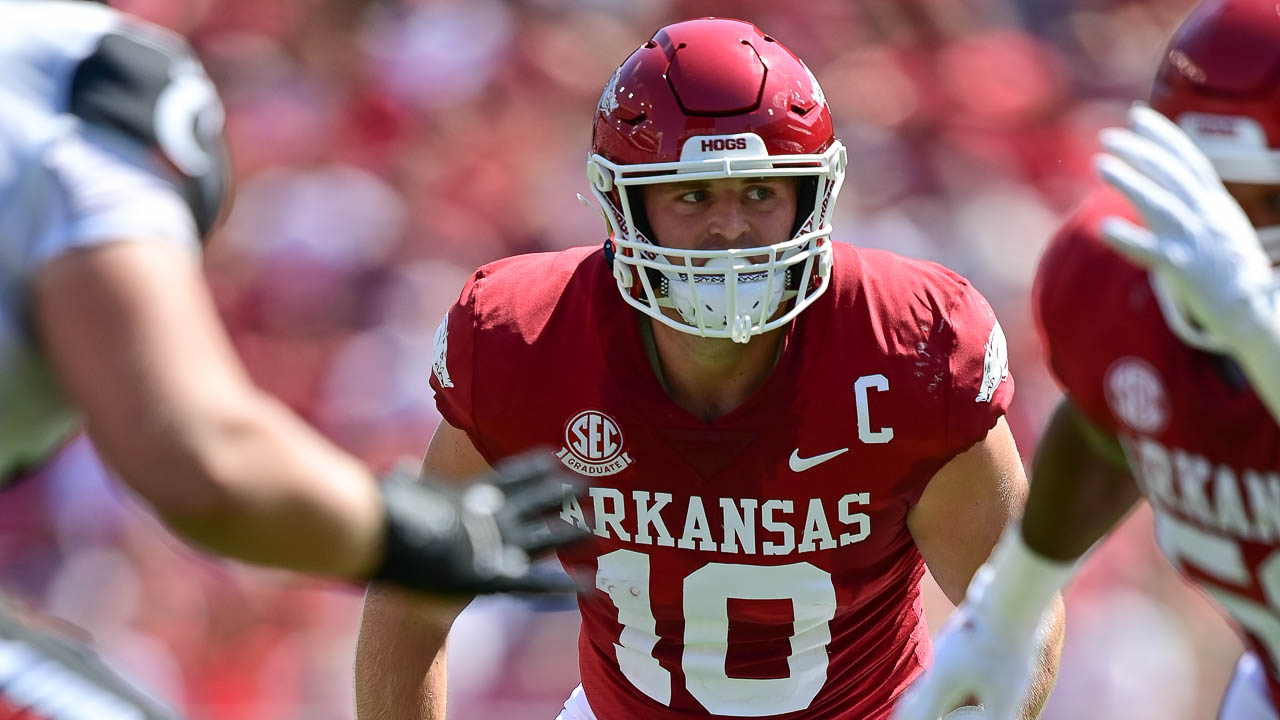 FAYETTEVILLE, Ark. — It didn’t take Arkansas defensive lineman Jordan Domineck long on a visit here to realize it was better than Atlanta, Georgia.

In his first game as a Razorback, he maybe made the biggest play in a 31-24 win over Cincinnati.

If it wasn’t the biggest it was the most timely.

Monday he picked up the SEC defensive lineman of the week award, so he’s on a roll at his new school.

After playing at Georgia Tech, he found a much more team-friendly atmosphere around the Hogs and he’s completely embraced it.

The Yellow Jackets don’t have that kind of following in Atlanta, where professional sports dominate and the Georgia Bulldogs are right down the road.

Linebacker Bumper Pool was selected as the SEC defensive player of the week and nobody’s trying to shine the light somewhere else, but he’s been around awhile and was probably as impressed as anyone by Domineck’s play in the fourth quarter that set up a touchdown to make a two-score game.

“Man, what a nice spin move he had, spinning back inside,” Hogs coach Sam Pittman said after the game Saturday about Domineck’s spin move for the sack. They reviewed it, but I didn’t feel like they were going to change it … of course, I was for the Hogs and didn’t want them to. It was a big, big play in the game.”

Both weekly honors are the first of Domineck and Pool’s careers.

The Hogs pieced together a two-play, 39-second drive after Domineck’s play that resulted in a touchdown to extend their lead to 31-17. He finished with two tackles, one sack for a loss of 10 yards, one forced fumble and one fumble recovery.

After a dominating performance against the Bearcats, Domineck is tied for the SEC lead in forced fumbles and fumble recoveries.

In his 27th career start, Pool anchored a defense that held Cincinnati scoreless in the first half for the first time since 2019.

He logged his 18th career double-digit tackle game with a team-high 13 tackles, including four solo stops, and a tackle for a loss of two yards. Pool’s 13 tackles tie for the second-most by a league player during Week 1.

Domineck, Pool and No. 19 Arkansas are back in action this weekend, hosting South Carolina (1-0) at 11 a.m. at Razorback Stadium on Saturday on ESPN and on ESPN Arkansas radio stations.