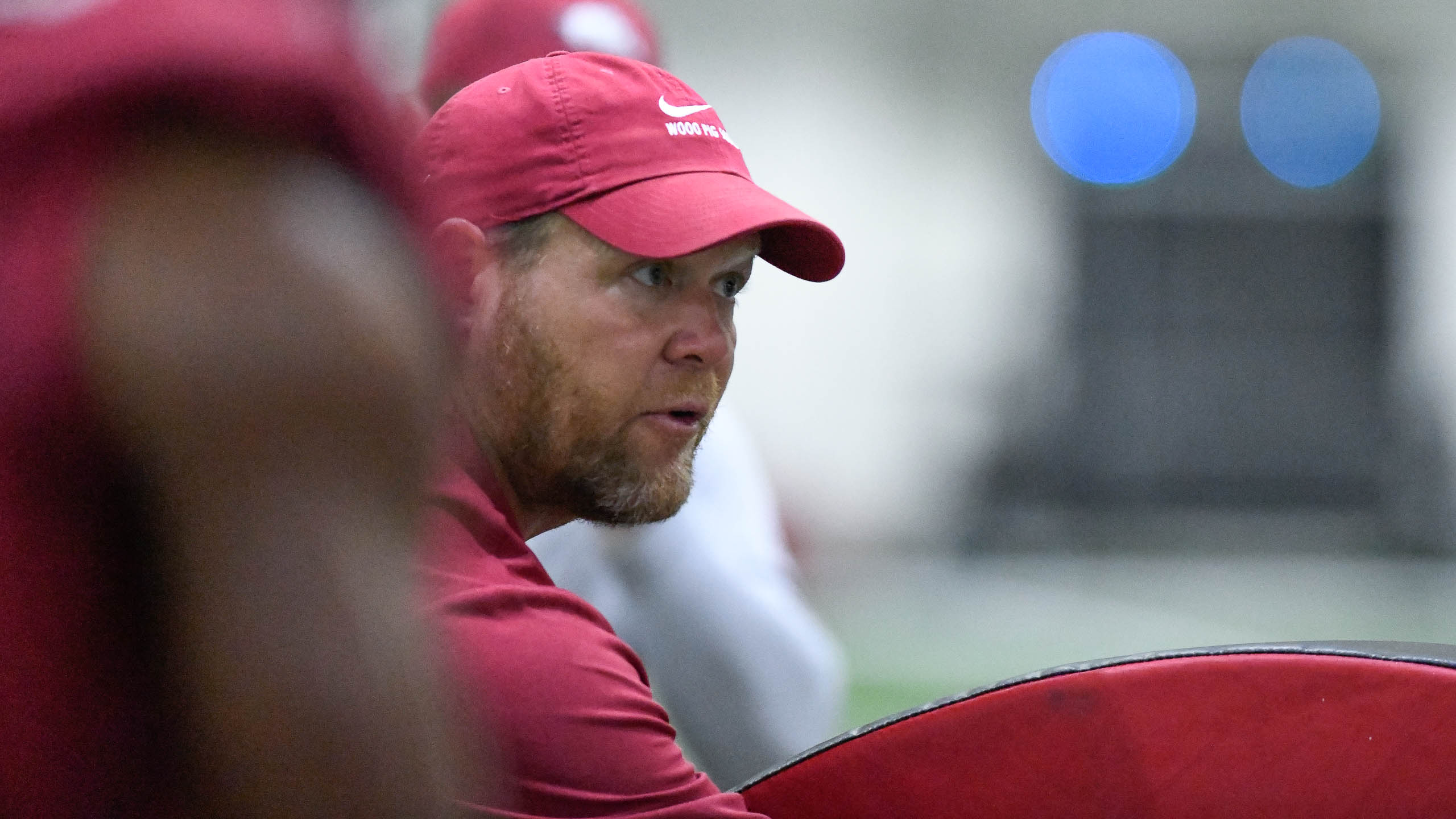 The former Oklahoma quarterback has certainly fired up the message boards and rumor mill in Arkansas with a simple tweet Friday afternoon.

Can’t stop what God got for you🙏🏽 #KMT 💰 pic.twitter.com/Tn2OY1qx7K

Razorbacks defensive coordinator Barry Odom was one of coach Sam Pittman’s first staff hiring back in 2019 and has basically been the head coach of defense since.

Now, this is a report (from a usually solid source in Oklahoma) he could be interested in the Golden Hurricane after three seasons in Fayetteville and his son has finished his senior season at Shiloh Christian.

Hog fans are starting to wonder who would be next. No guesses here on exactly who they could get.

It is something to consider, consider the Hogs are coming off a 6-6 season that was seriously off the expectations of just about everybody after last season’s 9-4 mark that finished with a bowl win over Penn State.

His defenses with the Hogs have given up lots of yards, but actually done pretty well keeping people out of the end zone at times.

Odom was kicked to the curb after four seasons as the head coach at Missouri with a 25-25 overall record.

When Pittman was hired with the Hogs in December 2019 he didn’t waste any time picking Odom and the two have also been fairly close with regular walks discussing various aspects of being a head coach in the SEC.

Tulsa fired football coach Philip Montgomery after a 5-7 season on Sunday. The Golden Hurricane finished 2022 season on a high note, though, with a 37-30 upset of Houston on Saturday.