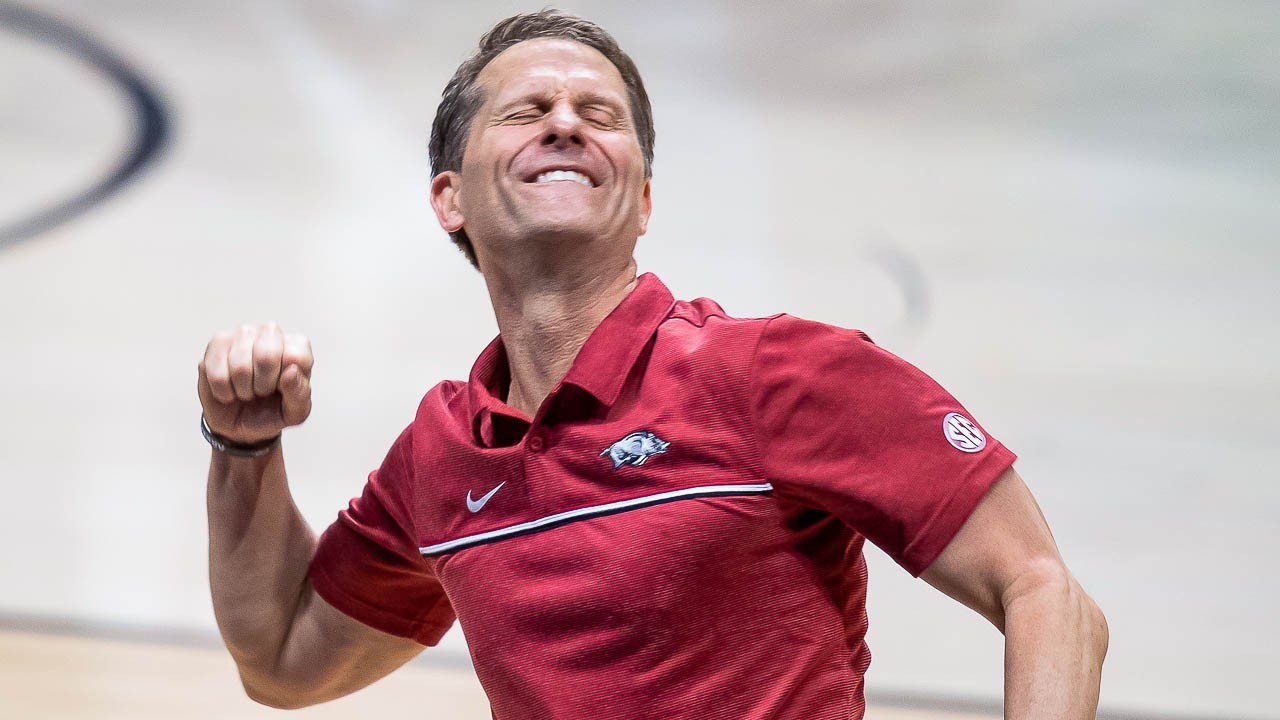 Eric Musselman is putting together what is  Arkansas’ best recruiting class … ever.

Five-star 6-foot-7 wing Jordan Walsh from Link Academy in Branson made his choice of the Razorbacks known Thursday afternoon.

After Nick Smith Jr’s commitment to the Hogs, fans let their feelings about the highly-targeted prospect known with a campaign to get over 5,000 followers.

That grew into 6,500 at last check before his commitment.

Walsh is considered one of the most explosive athletes in his class, Walsh will play his senior season with a loaded Link Academy squad right up the road in Branson (Mo.).

He spent the earlier portions of his high school career at Waxahachie Faith Family Academy in Texas and averaged 17 points, 11 rebounds and five assists per game as a junior last year.

Walsh’s commitment with Smith adds to pledges from Derrian Ford from Magnolia, Barry Dunning Jr., and Joseph Pinion from Morrilton.

He is considered a solid fit in Musselman’s system and some analysts think he may be the first inside-out player that can blend smoothly into his system.