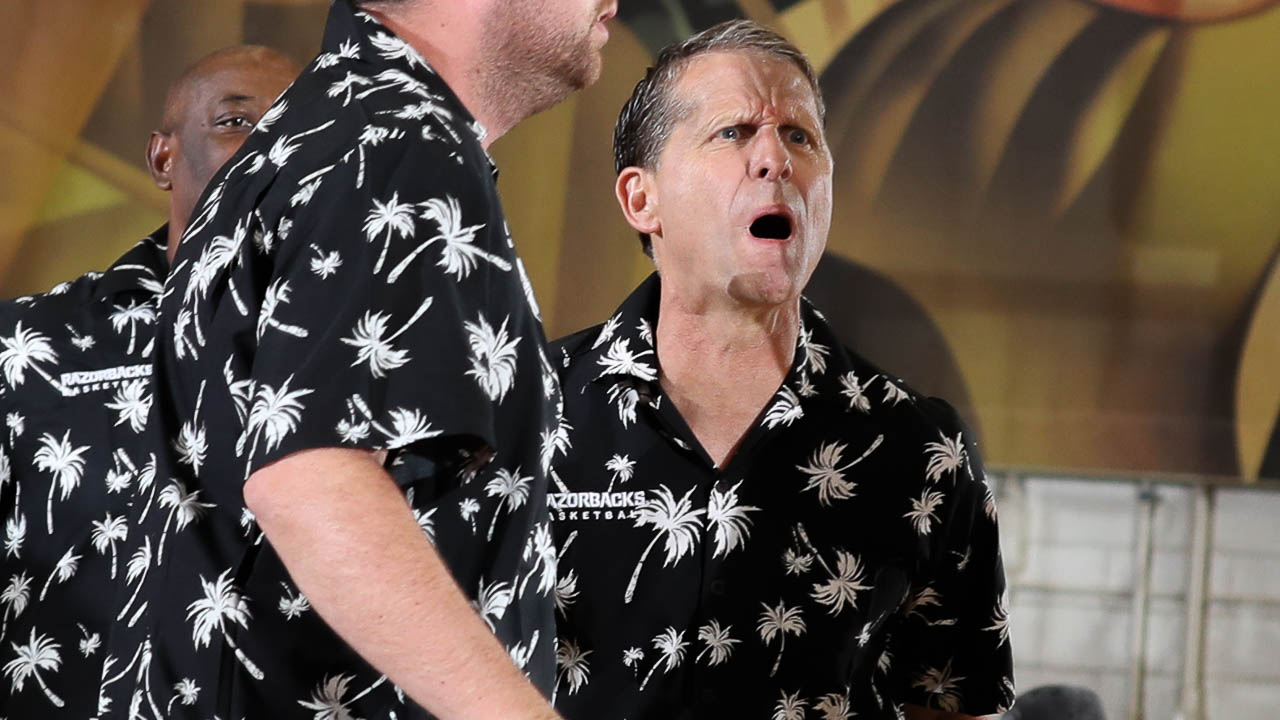 LAHAINA, Hawaii — The ninth-ranked Arkansas Razorbacks will face No. 15/17 San Diego State in the third-place game of the Maui Jim Maui Invitational tonight.

Tipoff is set for 9 p.m. and the game will be televised on ESPN2.

• This will be the third meeting between Arkansas and San Diego State. Arkansas won the first two meetings ­­— both on neutral courts but played in the state of Arkansas. The Dec. ‘81 encounter came in Pine Bluff, Ark., and meeting the Dec. ‘85 encounter came in Little Rock.

• While the Razorbacks and Aztecs have only met twice … both coming in the 1980’s, San Diego State is a familiar foe to Razorback head coach Eric Musselman. Not only did Musselman grow up in San Diego and attended the University of San Diego, but San Diego State was Nevada’s chief rival while Musselman was head coach of the Wolf Pack.

• Eric Musselman was just 3-7 versus San Diego State while at Nevada. To put those seven losses into perspective, Muss was only lost 34 total games at Nevada, including 21 versus Mountain West foes.

Game notes from Arkansas Communications is included in this story.