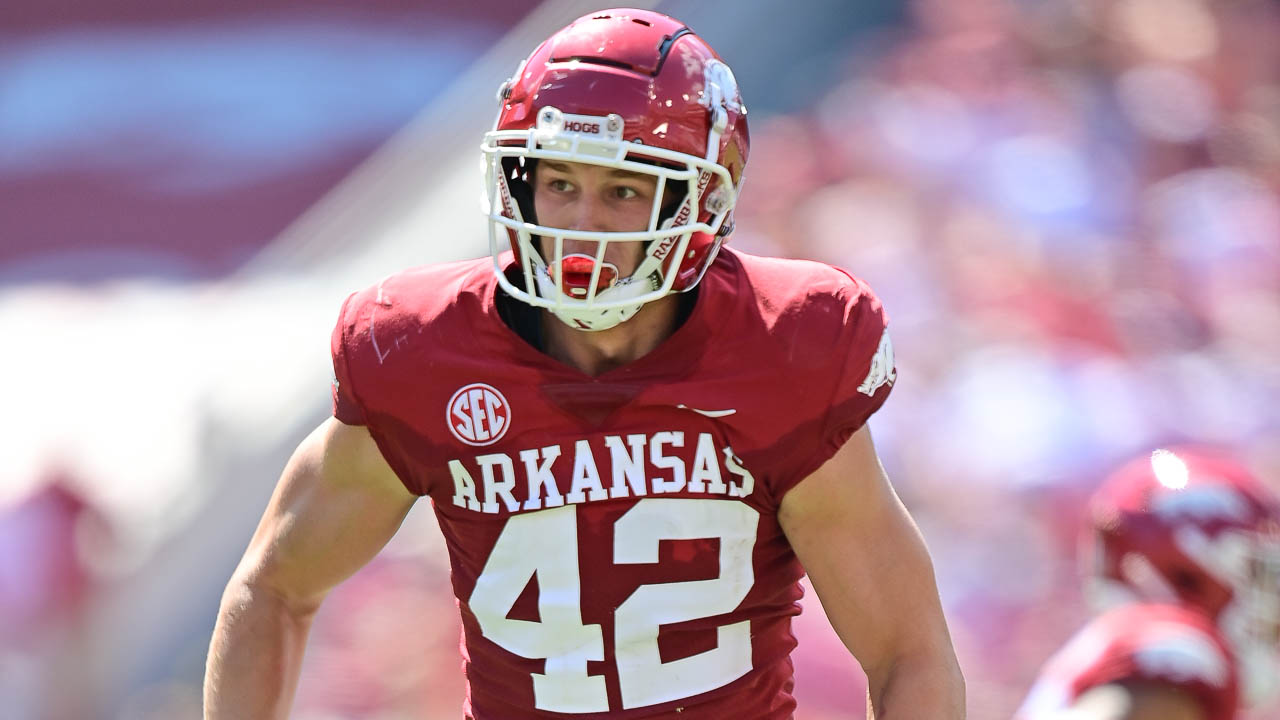 On Tuesday he announced he would be jumping into the NFL Draft and not playing in the AutoZone Liberty Bowl on Dec. 28.

Now the Razorbacks will be down to Chris Paul as the only linebacker that logged significant minutes this season playing in Memphis against Kansas. Bumper Pool didn’t finish the season because of injuries that are already caused one surgery and more planned.

With other defections and injuries along the defense, it will be interesting to see exactly who Sam Pittman and Barry Odom can trot out on that side of the ball.

Sanders transferred to Arkansas from Alabama and became one of five finalists for the Butkus Award as college football’s best linebacker. Multiple projections have him landing in the first round of the draft next spring.

The Hogs will play the Jayhawks at the AutoZone Liberty Bowl in Memphis at 6:30 p.m. Dec. 28 on ESPN.

You may want to check the roster to see who’s playing for the Hogs.