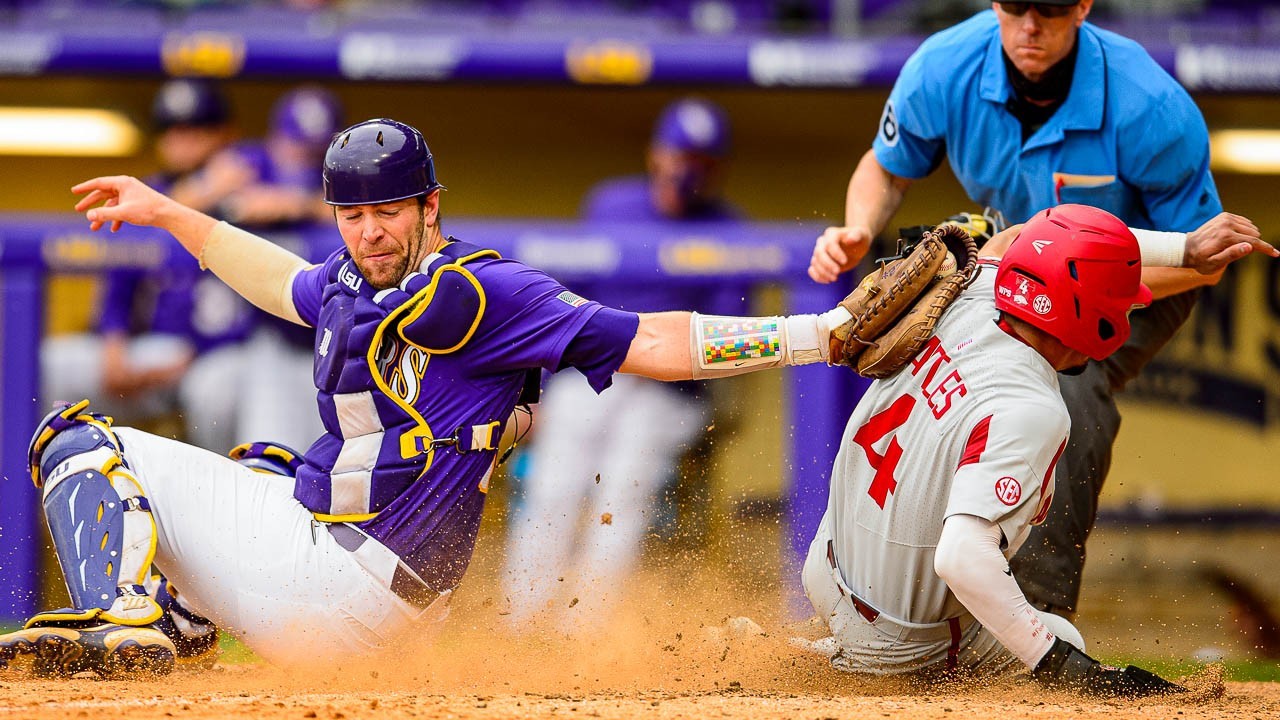 BATON ROUGE, La. — Arkansas won a series in Baton Rouge for the first time since 2004.

The top-ranked Hogs split Saturday’s doubleheader at LSU, claiming a 17-10 win in game one of the twin bill to secure a seventh consecutive SEC series win.

The mark is a new program record, topping the previous best of six in a row during the 2004 and 2015 campaigns.

The Razorbacks, who dropped the nightcap, 5-4, are now 34-8 overall and 15-6 in SEC play following Saturday’s action at Alex Box Stadium.

The Hogs have a one-game lead over second-place Mississippi State.

Arkansas gets back to work next weekend in the friendly confines of Baum-Walker Stadium.

The Hogs host Georgia for a three-game conference series, which is set to begin at 6:30 p.m. Friday, on SEC Network+.