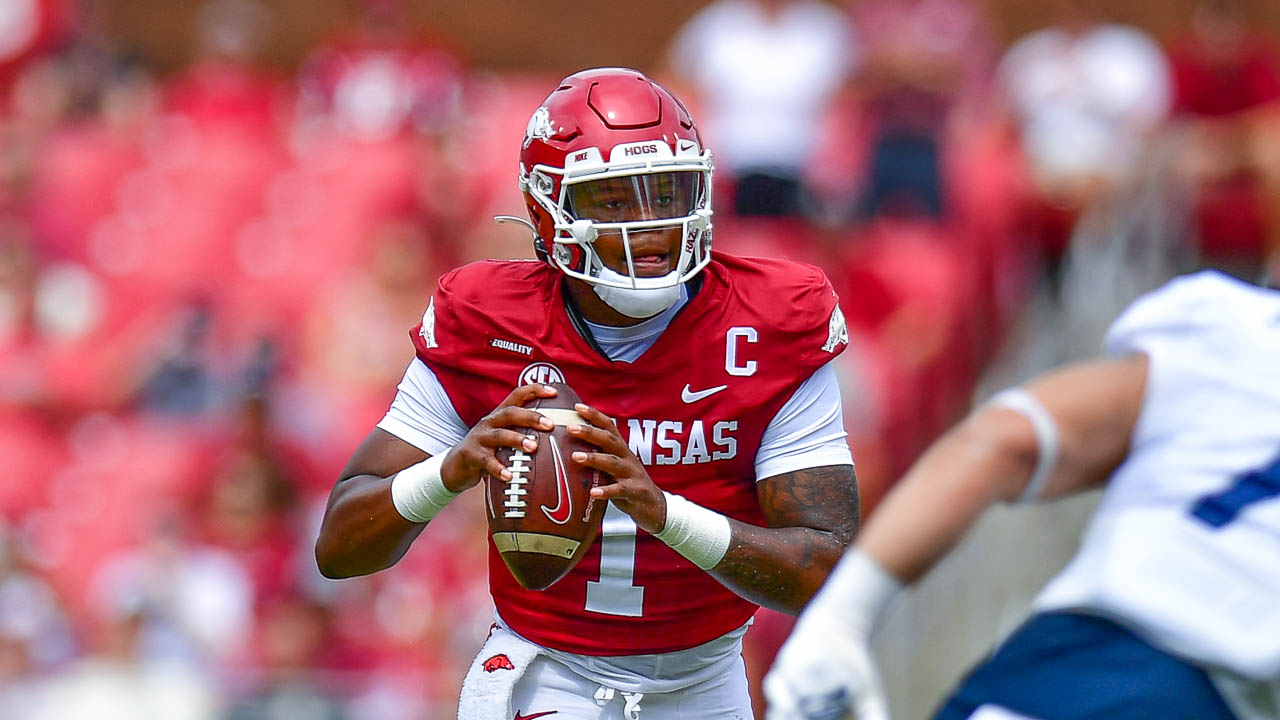 A lot of Razorback fans were caught by surprise.

“Pray for me as I go into surgery this afternoon,” Jefferson posted on social media.

He originally suffered the injury on Sept. 25 in a 20-10 win over Texas A&M when he was shoved out of bounds by Aaron Hansford.

Jefferson limped most of the rest of that game and then all the way through the Outback Bowl win over Penn State on New Year’s Day.

With spring practice scheduled to start March 13, nobody knows whether he will be limited in those drills because of the surgery.

If it was a simple cleanup procedure the odds are good he’ll be able to do most of it as quarterbacks typically do not have contact in the spring.

Jefferson rushed for a team-high 664 yards and six touchdowns and completed 198 of 294 passes for 2,676 yards, with 21 touchdowns and four interceptions. Jefferson had a streak of 171 consecutive passes without an interception, the second longest in school history.

Heading into the 2022 season, Jefferson is one of the top four quarterbacks in the SEC with Heisman Trophy winner Bryce Young of Alabama, Tennessee’s Hendon Hooker and Mississippi State’s Will Rogers.