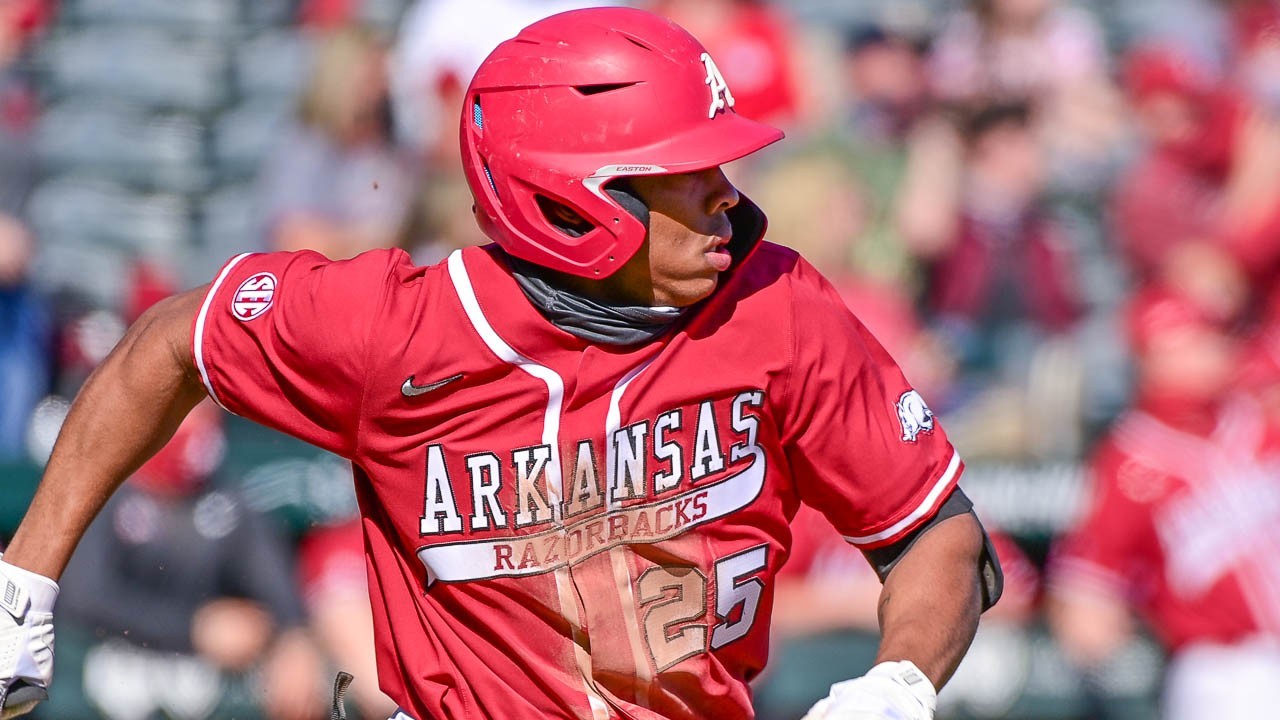 There’s no deficit too big for the Razorbacks.

Down four runs after the top of the second inning, No. 1 Arkansas once again fought its way back to a win, taking down Murray State, 11-6, on Saturday afternoon at Baum-Walker Stadium.

The Razorbacks improve to 9-0 for the third time in the Dave Van Horn era (19 seasons) with the victory.

Third baseman Cullen Smith got the party started in the bottom of the second after the Racers jumped out to a 4-0 lead.

The East Tennessee State transfer launched his first homer as a Razorback, sending a three-run shot off the scoreboard in right.

The right-hander, who eventually earned the win, came out of the bullpen in relief of starter Caleb Bolden and tossed 2.1 innings, allowing only one run and striking out two.

Murray State extended its lead to 5-3 in the top of the fourth, but outfielder Christian Franklin did not let the two-run deficit last long.

The consensus preseason All-American had three hits and four runs batted in on the day, including a bases-clearing double to center in the bottom half of the fourth, to put the Razorbacks ahead, 6-5.

The Hogs never looked back after taking their first lead of the ballgame. Left fielder Zack Gregory launched his first collegiate homer in the bottom of the sixth, hitting a two-out solo shot over the wall in right to grow the lead to 7-5.

A few batters later, Franklin picked up his fourth RBI on a single to right and gave the Razorbacks a three-run lead. Murray State added one in the top of the seventh, but Arkansas still had more runs left in the tank.

Shortstop Jalen Battles’ run-scoring fielder’s choice in the bottom of the seventh made it 9-6 before first baseman Brady Slavens put the game away for good.

The Olathe, Kan., native hit his fourth homer of the year in the bottom half of the eighth, going the opposite way to left field with a two-run shot. His blast put the Razorbacks ahead by five.

Right-hander Zebulon Vermillion provided much-needed stability out of the bullpen to close out the game. He tossed a scoreless 2.1 innings of work while striking out one and allowing only two hits to earn the save.

The Razorbacks go for their second series sweep of the young season at 1 p.m. tomorrow. A win in Sunday’s contest would move Arkansas’ record to 10-0, which the program has only achieved once before in the Van Horn era (2003).