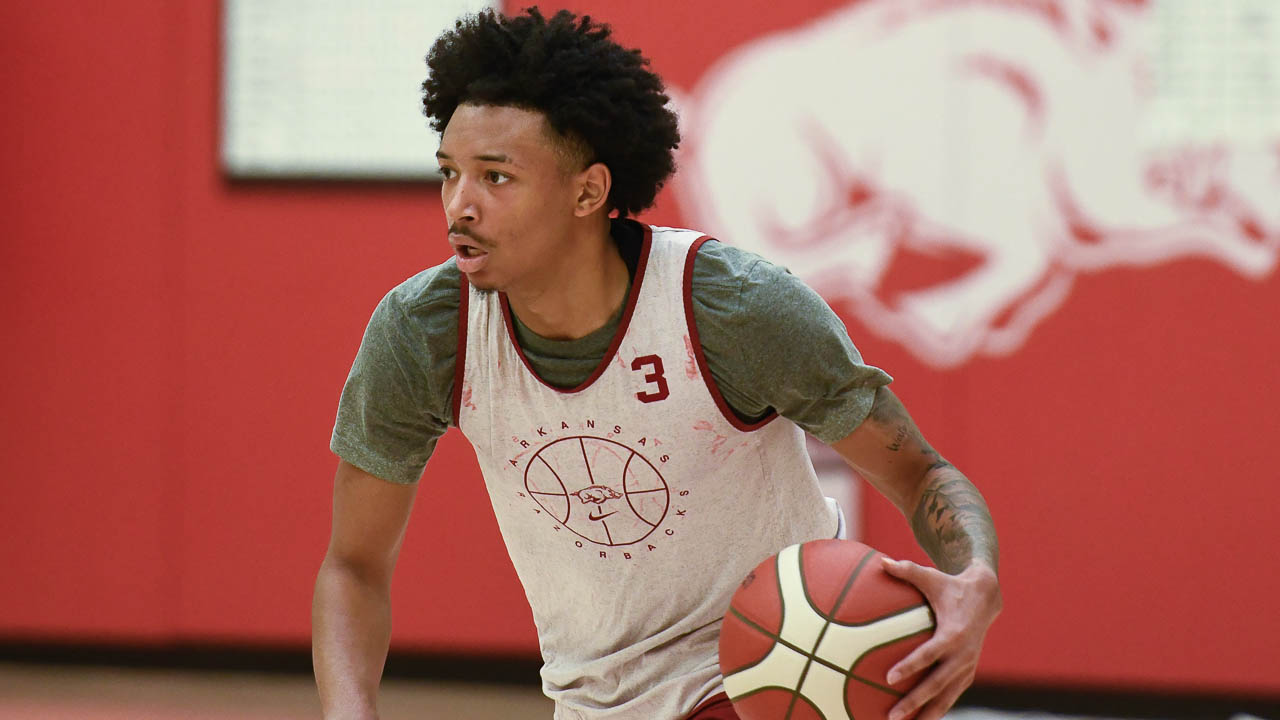 Fellow Razorback Derrian Ford was one of 24 finalists up for the award as well.

According to USA TODAY:

“Smith masterfully used his 6-foot-5 frame to create scoring angles and size mismatches during North Little Rock’s run to the Class 6A state championship. He was at his best in the state final, dropping 25 points. The centerpiece of Arkansas’s No. 1 rated recruiting class in the nation, Smith’s NBA Draft prospects are on the rise.”

He was a McDonald’s All-American and was named co-MVP of the Jordan Brand Classic.

Both NBADraftRoom.com and ESPN.com currently list Smith as the first collegiate player (third overall) selected on their 2023 NBA mock drafts.

CBSSports.com also has Smith as the top collegiate player but No. 4 overall.

Fellow signee Anthony Black is currently the No. 5 overall pick for 2023 by NBADraftRoom.com and No. 9 by CBSSports.com while ESPN lists him as the No. 12 selection.

The Hogs’ Jordan Walsh is listed  at No. 21. He is the projected No. 22 pick by CBSSports.com

Smith joins Corliss Williamson as the only Razorbacks to be selected a national high school player of the year. Williamson earned the honor in 1992 as selected by Gatorade.