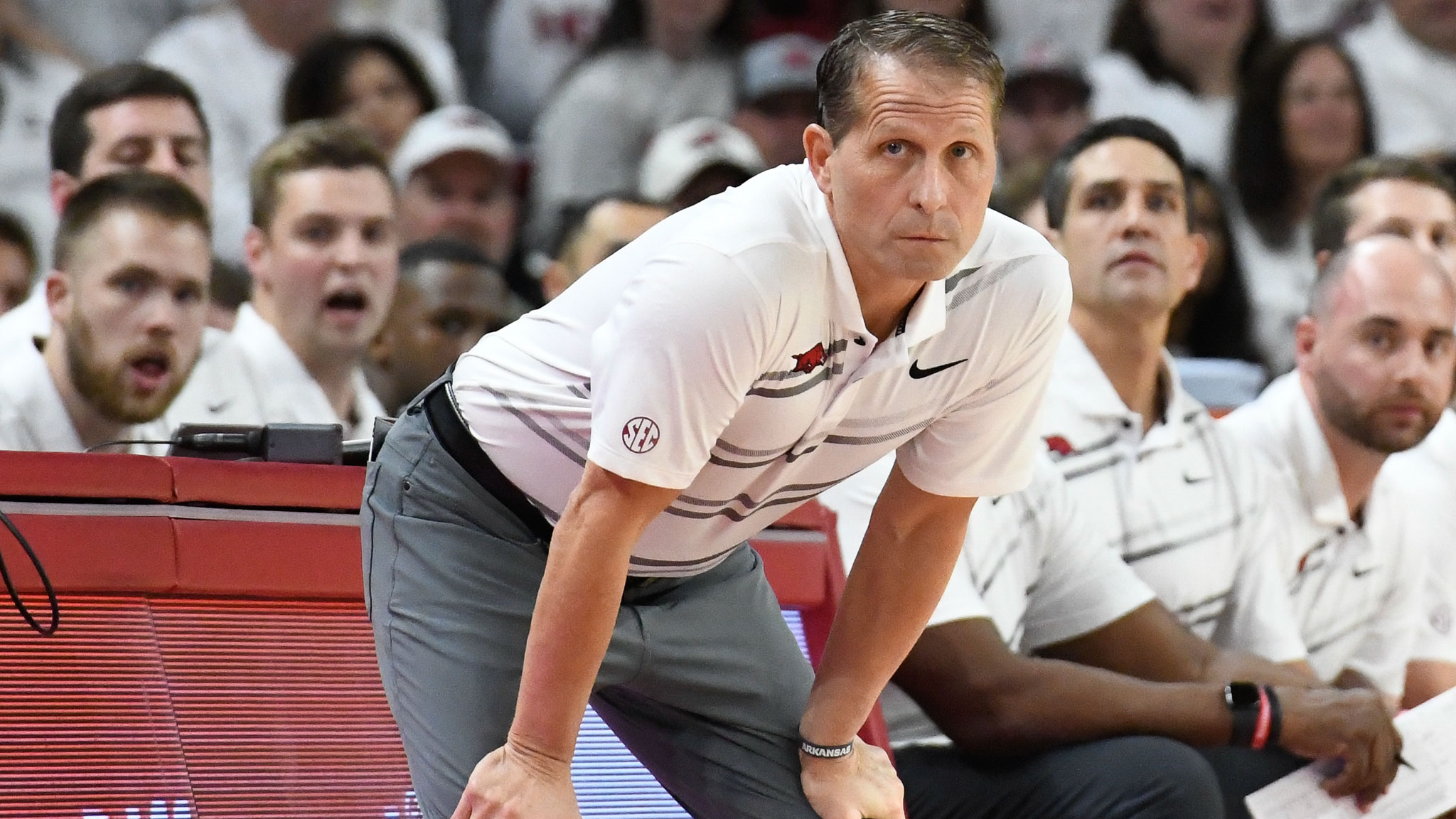 FAYETTEVILLE, Ark. — Arkansas needs a win … for a lot of reasons.

After getting pushed around and losing to Auburn and Alabama, there are a lot of questions about one of the teams with the highest expectations in decades.

“We’re searching, scratching,” he said earlier this week. “We’re not satisfied being 1-3 in the league and certainly not satisfied with our overall record, either. But this is a team that’s going through tremendous adversity right now with two opponents that we spent a lot of time on structuring the roster as well as scheme offensively and defensively.”

Going with a bigger lineup paid off against Missouri and the Crimson Tide. They were more physical there.

“I thought (the new lineup) worked out well,” Musselman said. “They have a really big front line, so that was a little bit of the reason. What we’ll do at Vanderbilt I have no idea right now. I mean, there’s a lot of stuff that I’m still trying to solve and search. If there’s something there to try to figure out, we’re trying.”

Tipoff is set for 1 p.m. and the game will be televised on ESPNU.

• This will be the 53rd meeting between Arkansas and Vanderbilt. All but 12 have come since Arkansas joined the SEC. The Razorbacks own a 39-13 advantage in the series, including a slight 28-12 margin in SEC meetings.

• Arkansas is 8-8 versus the Commodores in Memorial Gym, including an 8-7 mark in SEC games.

• In an SEC scheduling quirk, Arkansas is playing at Vanderbilt for just the fourth time since 2014-15 (12 meetings). Over the last 12 meetings with the Commodores, seven have been at Bud Walton Arena, three have been at Vandy’s Memorial Gym and two have been in Nashville’s Bridgestone Arena for the SEC Tournament.

• Arkansas opens SEC play with four of its first six on the road.

• Arkansas’ first four SEC opponents (LSU, Missouri, Auburn and Alabama) have each won at least 12 games and won a combined 52-10. That represents the best four-team aggregate win total any team has faced to date.

• To end January and open February, Arkansas will play four-of-six games on the road, including the SEC-Big 12 Challenge at Baylor.

• The Hogs also wrap the 2022-23 regular season by playing two of the last three on the road (at Alabama and at Tennessee before hosting Kentucky in the finale).

What: Arkansas has won 11 of the last 13 meetings with Vanderbilt.

Where: Ingram Court at Memorial Gymnasium in Nashville, Tenn.

How to Watch: ESPNU and fuboTV (Kevin Fitzgerald and Carolyn Peck).