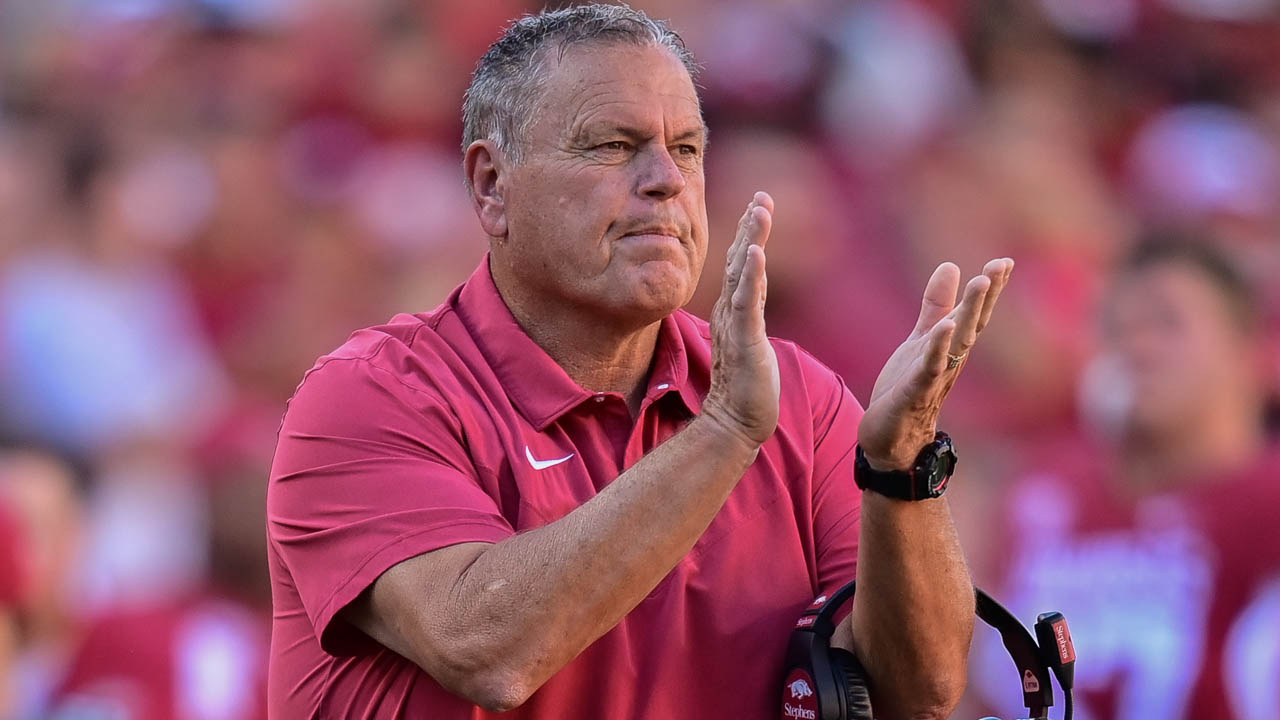 FAYETTEVILLE, Ark. — A lot of folks will be shocked to find out Kansas made Arkansas football explode.

Thought this was going to be boring, huh? The Razorbacks and Jayhawks will play in the Liberty Bowl on Dec. 28 as next best choice for that game after Missouri refused to play their old Big 8 rival.

But the Hogs got on the football map simply because of Kansas and Missouri.

When Jack Mitchell set sail from Fayetteville in 1957 to take over at Kansas, Frank Broyles was wrapping his first year as a head coach in Missouri.

Athletics director John Barnhill called Broyles in Columbia and wrapped up the Hogs’ new coach, thus setting in motion the first step in taking football around here to a national level.

Now the Hogs are the second choice to go to Memphis after Missouri didn’t want any part of renewing any old rivalries there.

Yes, Kansas is pretty much a basketball school that doesn’t exactly set the world on fire. They played in an Orange Bowl in 1968 with a lineman named Karl Salb from Crossett on the offensive line and lost a close one to Penn State.

Pepper Rodgers was the coach then and they didn’t get back to a big-time bowl until returning to Miami in 2007 under Eric Mangino. They downed Virginia Tech, 24-21.

The Jayhawks have played in just 12 bowl games in their entire football history. Basketball is the big sport there. They have four national championships.

Wilt Chamberlain and Adolph Rupp played there (if you don’t know who they are, Google should be your friend). The original rules of basketball by James Naismith are on campus.

The Hogs will be playing in the Liberty Bowl for the sixth time, and for the first time since a 45-23 victory over Kansas State on Jan. 2, 2016.

The Razorbacks are 2-3 all-time in the Liberty Bowl. Old-timers will remember getting hosed by the officiating crew on a cold Monday night in December, 1971, when Joe Ferguson won the MVP award, but Tennessee won the game when a phantom holding call against Bobby Nichols wiped out a game-winning field goal by Bill McClard.

The game will be the first between Arkansas and Kansas since 1905, when the Jayhawks won 37-5 in Lawrence, Kan. The Razorbacks also lost 6-0 to Kansas in 1905.

Kansas, under second-year coach Lance Leipold, is in the midst of its best season in more than a decade, but has lost six of seven games leading into the postseason. The Jayhawks began the season 5-0 and reached No. 19 in the Associated Press Top 25 poll.

This will be Kansas’ first time to play in the Liberty Bowl since a 31-18 loss to North Carolina State in December 1973.

The Jayhawks have not played in any bowl since they defeated Minnesota in the Insight Bowl to conclude the 2008 season.

Hog fans will be happy for a short trip to Memphis.

Coach Sam Pittman will be glad to have some extra days of practice time to look at some younger players that haven’t gotten a lot of playing time this year.

Unless you’re in the playoff, that’s about all you have to focus on for this secondary bowl trips.

Kickoff for the game is 4:30 p.m. and will be televised on ESPN.