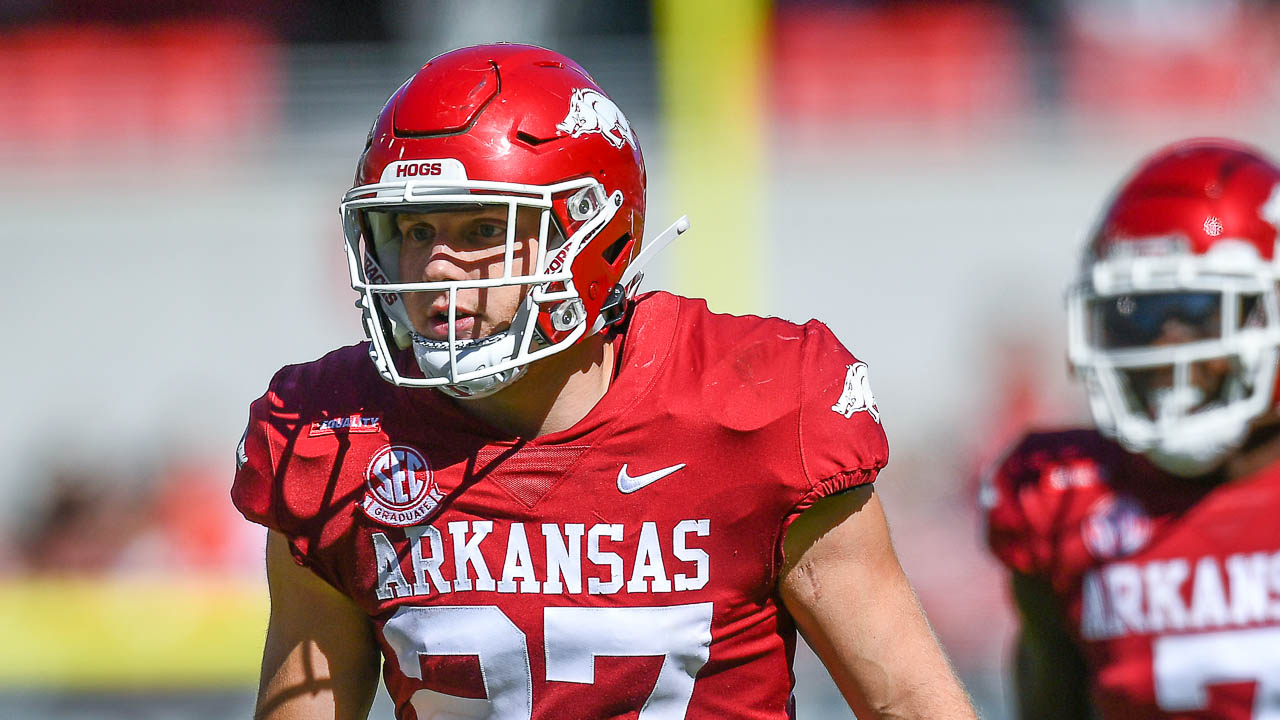 There never was much question about Arkansas’ starting lineup on either side of the ball.

We found out Saturday afternoon there were legitimate questions, though, about the guys behind them.

The defense that made big-time plays against Texas and Texas A&M hasn’t been able to stop anybody the last three weeks.

“We’re not making them now,” Sam Pittman said after a 38-23 loss on homecoming to Auburn. “Sometimes we are, but most of the time we’re not.”

As the Hogs are dealing with a lot of injuries right now that didn’t improve with the news that safety Jalen Catalon will miss the rest of the year after shoulder surgery Monday.

“We’ve got a beat up team, to be honest with you,” Pittman said. “Our team is beat up and this bye week can’t get here fast enough. We’ve got a physically beat up team.”

What he’s saying without saying it is the guys starting are out there first for a reason. They are better than the guys standing on the sidelines watching.

Bear Bryant had the best story about that years ago. When he was at Kentucky he got flustered with some player he called Johnny, turned to the sidelines and told a backup to go in the game.

“Can you block that guy?” Bryant recalled asking the lad.

“Get back on the bench, Johnny’s already trying his best,” Bryant said.

The main thing is having everybody ready to go against Mississippi State on Nov. 6. They have Arkansas-Pine Bluff in Little Rock this week, which should be a win. No slight intended, but the Hogs’ third team is better than anybody the Golden Lions will put on the field.

Against Georgia a couple of weeks and then Saturday the Hogs aren’t winning anything on the lines of scrimmage.

“If you didn’t think we physically just got whipped today, we did,” Pittman said. “On both sides of the ball.

“That doesn’t mean if they’re better than you that you can’t counter that with blitzes and some things of that nature and with play action and all that kind of stuff, but that’s what we tried and they were better than we were today.”

Now they have to pick up the pieces on defense without Catalon, who was one of the leaders on the defense. The Hogs knew all week he wasn’t going to play, but Pittman wasn’t telling anybody. Exactly why that was kept secret is a mystery.

“He had a little bit of a tear front and back that a lot of kids play with throughout the year,” Pittman said. “Then he broke his hand. You kind of have two injuries.

“Mentally, you could see his wasn’t playing his type of ball, tackling like he had earlier in the year and this, that and the other. I think it’s time for him to get that shoulder fixed.”

Now they’ve got to get the defense fixed, but the offense needs a little work, too.

There are problems there, too.