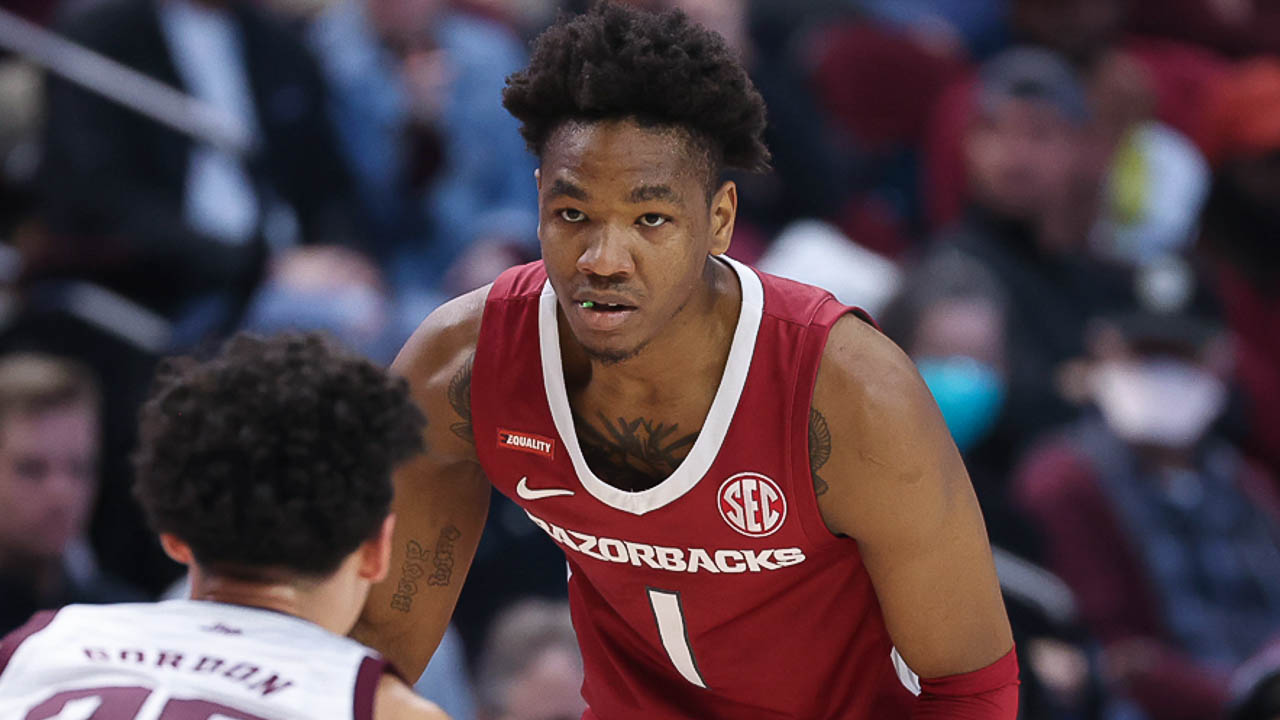 COLLEGE STATION, Texas — Arkansas was down 17 midway through the second half but clawed its way back to make it a one-point game with 1:38 left.

Texas A&M answered with a 3-pointer, though, and made free throws down the stretch to win, 86-81, Saturday afternoon at Reed Arena.

Arkansas was led by JD Notae, tied his career-high five 3-pointers and scored a season-high 31 points – also his best point production as a Razorback. Overall, it was his fourth 30-point game for his career and second at Arkansas.

The Aggies used a 16-0 run to take its 17-point lead and held a double-digit cushion until Davonte Davis made two free throws with 6:53 left. Texas A&M pushed its lead back to 11 with 3:65 to play.

With five seconds left, Davis was fouled. After making the first, Davis attempted to miss the second but was called for a lane violation. The Aggies closed the game by making two free throws to secure the win.

Arkansas returns to Bud Walton Arena to host Missouri on Wednesday (Jan. 12). Tipoff is set for 8 pm (CT) and the game will be televised on SEC Network.

• Arkansas led 13-5 at the first media timeout thanks to seven points by Stanley Umude and six from JD Notae.

• Notae finished the half with 17 points.

• JD Notae’s 31 points were also an SEC career-best with his previous best being 21.

• This was the first time this season Arkansas lost a game with winning the rebound battle.

• Stanley Umude scored 10 points before fouling out midway through the second half.

• Jaylin Williams has had double-digit rebounds in back-to-back games, four times this season and eight times in his career.

• Kamani Johnson had a season-high eight rebounds and was 5-of-6 at the free throw line.