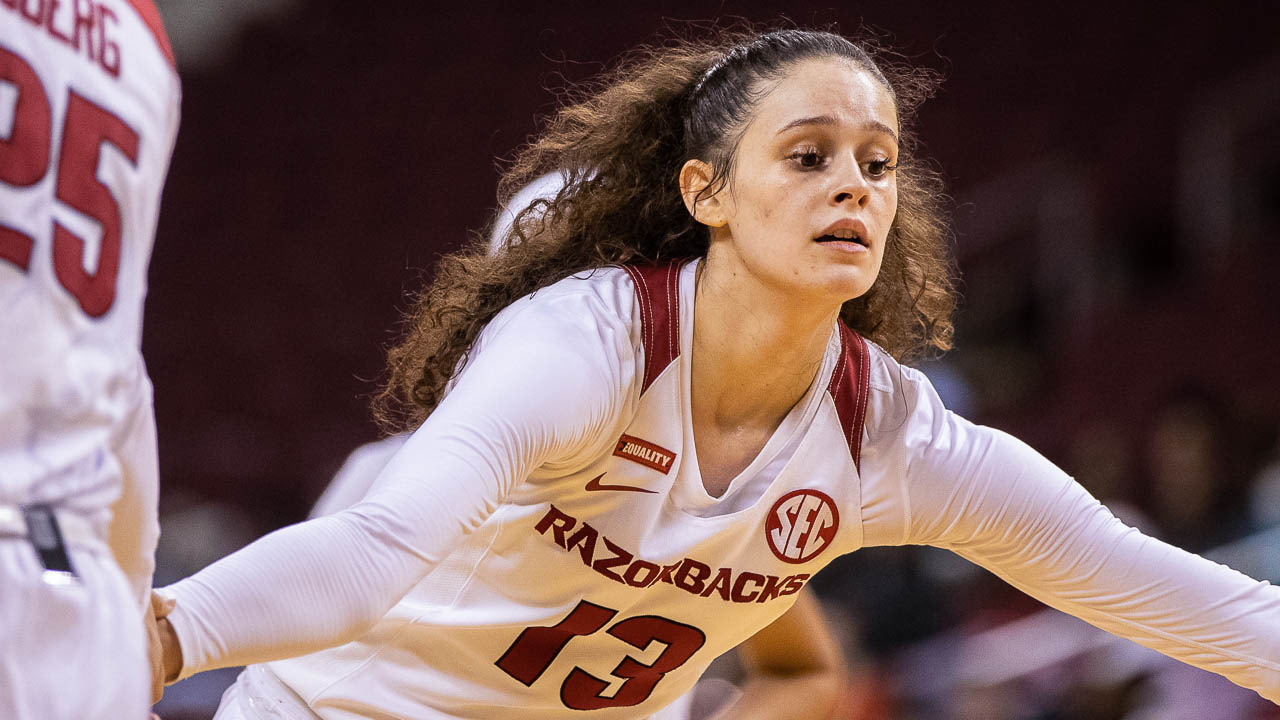 With the win, the Razorbacks swept their in-state schedule. The Hogs also took down Arkansas-Pine Bluff, Arkansas State and Little Rock during the non-conference portion of the schedule.

Sophomore guard Sasha Goforth continued to roll in this one, as she went for a game-high 17 points in just over 22 minutes played.

The Fayetteville native has found the stroke as of late, as she has now scored in double-figures in six straight games. Jersey Wolfenbarger was nipping at Goforth’s heals, matching her career-high against the Sugar Bears, going for 16 points.

Though it was tight initially, the Hogs ended the first frame up six points.

Goforth led the charge in the quarter, scoring eight of her 17 points, making two of her three shots, and all three of her free throws. Arkansas would then push the lead out to double-digits in period two, though the Sugar Bears would get it as close as seven points with under two minutes to go in the quarter.

The Hogs responded though, with Goforth scoring seven straight points, helping the Razorbacks end the quarter on a 7-1 run, pushing their lead to 13 at the intermission.

Arkansas blew it wide open in the third, opening on a 10-2 run. Wolfenbarger, Makayla Daniels, Samara Spencer and Goforth would all contribute, and the run sealed the win.

• Rylee Langerman was a monster on the glass, pulling down a career-best eight boards.

• Daniels did it all in this one, scoring 11 points, dished three assists, pulled down six rebounds and swiped six steals, a career-best.

• Junior forward Destinee Oberg was at it again, scoring 10 points for the second straight game.

The Hogs finish their non-conference schedule at home on Tuesday, as Creighton comes to Bud Walton Arena on Dec. 21.

That game tips at 1 p.m. and will air on SEC Network+.