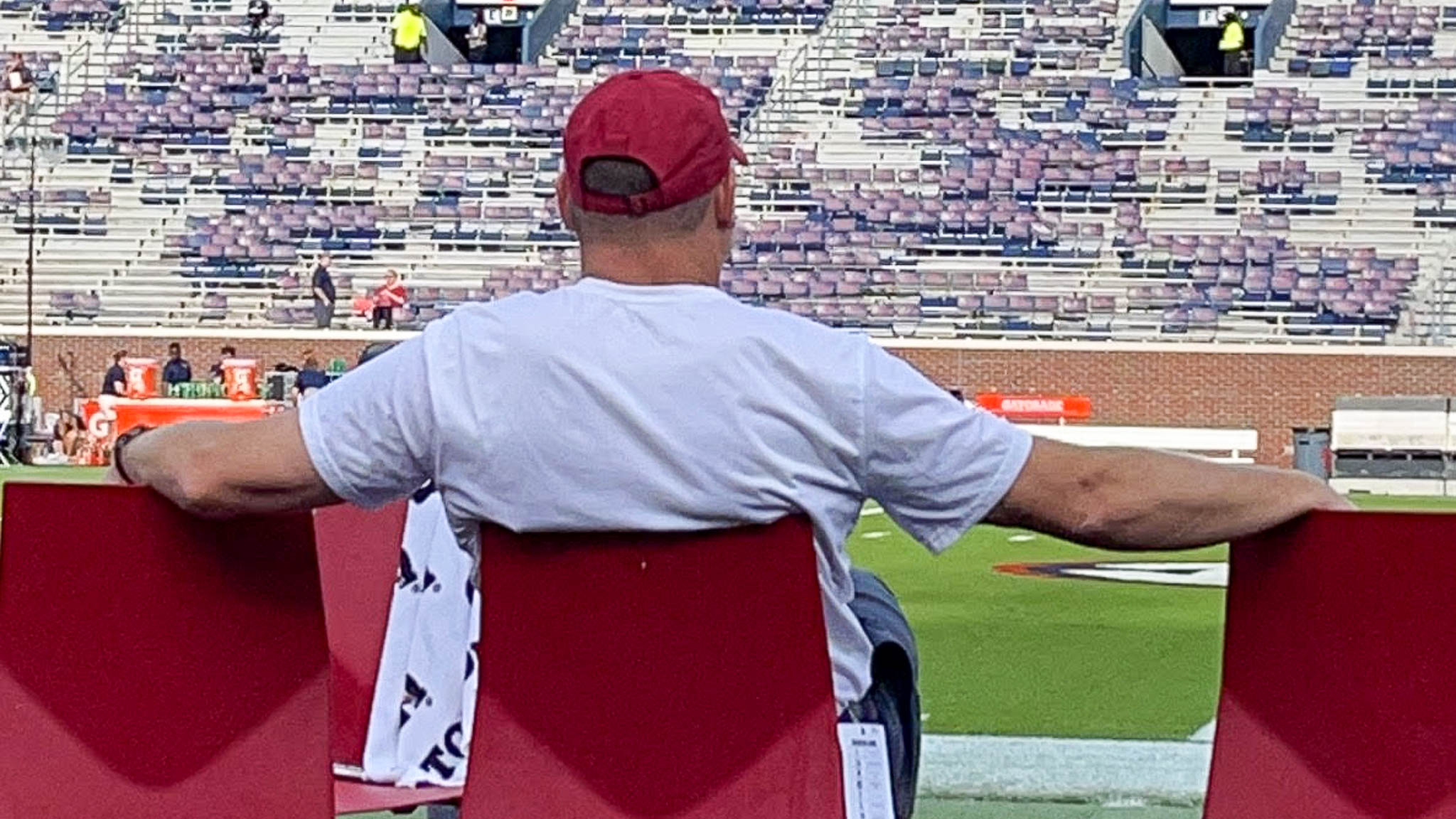 Bright sunny day at Vaught-Hemingway Stadium with temperatures in the low 80’s throughout the game as the Hogs look to put the big loss to Georgia in the rearview mirror.

In addition to sticking with allHOGS.com, here’s how to watch and listen to the Hogs-Dawgs on Saturday:

Arkansas won the toss, chose to receive and started at their own 25.

The Razorbacks get a first down, then punt and the Rebels’ Braylon Sanders nearly broke it completely, but was pushed out of bounds at their own 39.

The Hogs’ defense got a three-and-out, then got the ball back at their own 18.

1Q 4:17: KJ Jefferson scores the first touchdown of the game on a 5-yard run with no one from Ole Miss apparently interested in trying to tackle him. Rebels’ defense has a massive lack of interest in tackling. Hogs 7, Ole Miss 0

First quarter ends with Ole Miss driving into the Red Zone while the Hogs are struggling to tackle Matt Corral much like the Rebels have with Jefferson.

2Q 13:35: Ole Miss converted three fourth-down conversions in one drive to the Hogs’ 5 and Corral scores by running over Hog defenders and PAT is wide left. Hogs 7, Ole Miss 6

Arkansas tries a Hail Mary into the end zone, but KJ Jefferson’s pass is picked off and the Rebels have a 21-14 lead.

Pittman telling offense “we have ’em right where we want ’em” captured by ESPN coming out of break after KJ Jefferson scoring pass to Trey Knox.

Kiffin goes for first down on fourth-and-1 from his own 34-yard line and Grant Morgan, John Ridgeway stop running up middle and Hogs get a short field.

3Q 1:42: KJ Jefferson dives into end zone after back-to-back circus catches (and he did dive and get flipped over going in for score). We are tied again. Hogs 31, Ole Miss 31

4Q 11:12: Former Warren Lumberjack Treylon Burks takes a short pass from KJ Jefferson over the middle and scoots down the right sideline for a 20-yard score. Nobody can stop anybody. Hogs 38, Ole Miss 38

4Q 9:01: Snoop Conner runs it in from 1 yard out after a 59-yard bomb from Matt Corral to Braylon Sanders to set it up. This may qualify as the first SEC outdoor track meet of the season. Ole Miss 45, Hogs 38

In a 45-38 game where you have to score touchdowns every possession, the Hogs just had to punt with 5:39 to play. Now the defense has to get a stop … somehow.

Hogs’ defense responds with a stop aided by some Ole Miss penalties and Arkansas gets the ball at their own 35 with 3:59 left and trailing, 45-38.

4Q 1:22: KJ Jefferson scrambles in when Ole Miss defense breaks down, but the question is if they left the Rebels with too much time or is it another overtime in this series? Hogs 45, Ole Miss 45

4Q End Game: KJ Jefferson throws to Warren Thompson for score at the end of the regulation. Sam Pittman decides to go for 2 and the pass is too high to be caught. FINAL: Ole Miss 52, Hogs 51