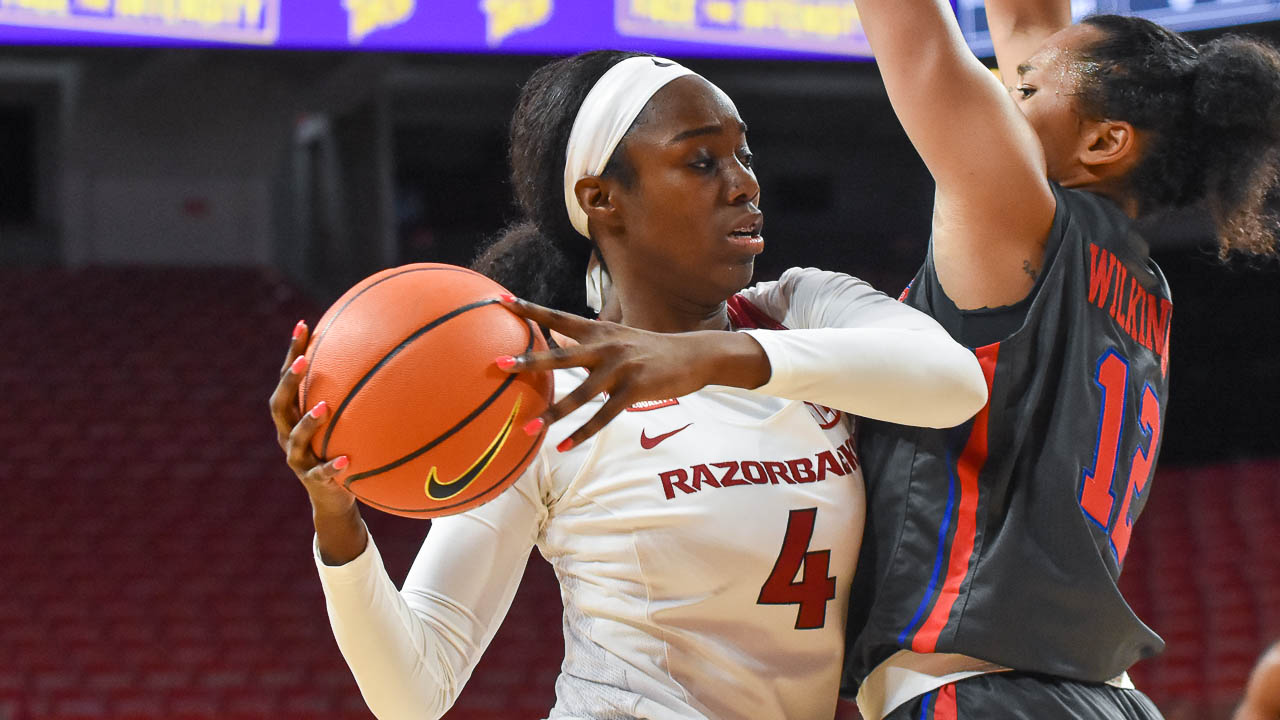 Junior forward Erynn Barnum continued her strong start to the season, totaling 18 points, a team-high, and nine rebounds in a near double-double performance.

Makayla Daniels had her second straight strong performance, getting 16 points and seven rebounds.

The Razorbacks wrapped up their final game before Thanksgiving with a stingy defensive performance, holding the Mustangs to a 39% shooting clip from the field, including 21% from behind the arc.

The Hogs forced 16 turnovers, which resulted in 18 points, and kept SMU from establishing any rhythm offensively.

Arkansas’ offense was unusually tame, shooting under 40% on a difficult night to put the ball in the basket.

Coach Mike Neighbors attributed that to the Mustangs’ scouting and being well-prepared to stop what the Hogs wanted to do.

Despite that, the Hogs outscored SMU in three of the four quarters and held the lead for over 37 of the game’s 40 minutes.

A 10-0 Arkansas run in the middle of the fourth quarter, including eight big points from Amber Ramirez, stretched a four-point lead to a 14-point lead to finish off the rallying Mustangs.

The Hogs veterans sealed the deal in this one, as Ramirez, Daniels and Barnum combined for 18 of the Hogs’ 19 fourth quarter points.

• Daniels continued to assert herself on the glass, pulling down seven more rebounds.

• Ramirez finished with 11 points, her fourth straight outing in double-figures.

• Sasha Goforth did it all in this one, tallying eight points, eight boards, two assists, two steals and a block.

Arkansas returns to Bud Walton Arena on Saturday against the Bearcats of Sam Houston at 2 p.m. The game can be streamed on the SEC+ Network.