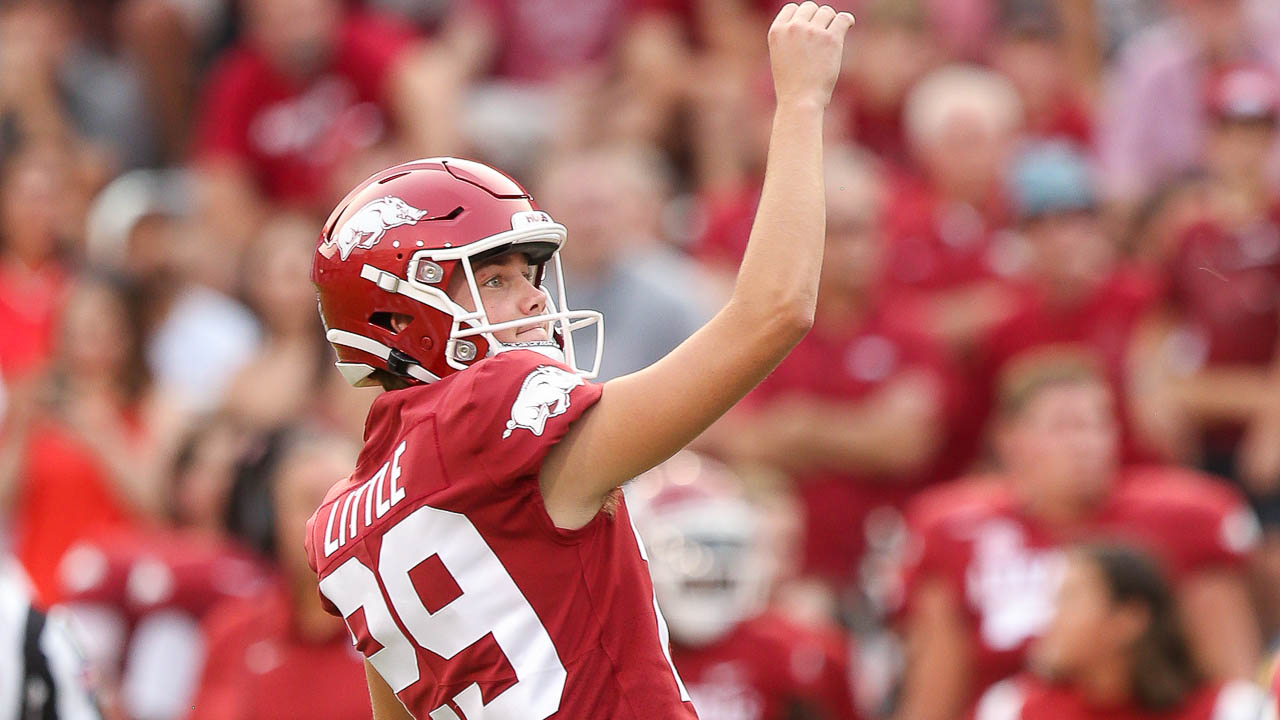 FAYETTEVILLE, Ark. — Arkansas kicker Cam Little is on the preseason watch list for the Wuerffel Trophy, which is presented to the player who best combines exemplary community service with athletic and academic achievement.

Little enjoyed a stellar freshman campaign, earning Freshman All-America honors from the FWAA, Pro Football Focus and The Athletic while also being named to the SEC All-Freshman Team.

He connected on 20 of his 24 field goal attempts, the third-most makes in a single season by a Razorback kicker, and all 46 of his PATs in 2021. He finished the season with the fifth-best single season field goal percentage (83.3 percent) in school history and the best by an Arkansas kicker since 2013.

Little also made headlines for his extraordinary community service efforts throughout the season.

He donated $10 per made field to Down Syndrome Connection of Northwest Arkansas, whose mission is to facilitate inclusion and respect for individuals with Down syndrome within the region, ensuring that they have access to the support and the resources necessary to reach their full potential at all stages of life.

The 2022 Wuerffel Trophy recipient will be announced during The Home Depot/ESPN College Football Awards Show on Dec. 8.

The presentation of the trophy is scheduled to be made at the 54th Annual All Sports Association Awards Banquet on Feb. 24, 2023, in Fort Walton Beach, Fla.

Arkansas kicks off the season at 2:30 p.m. Saturday, Sept. 3, against Cincinnati on ESPN.