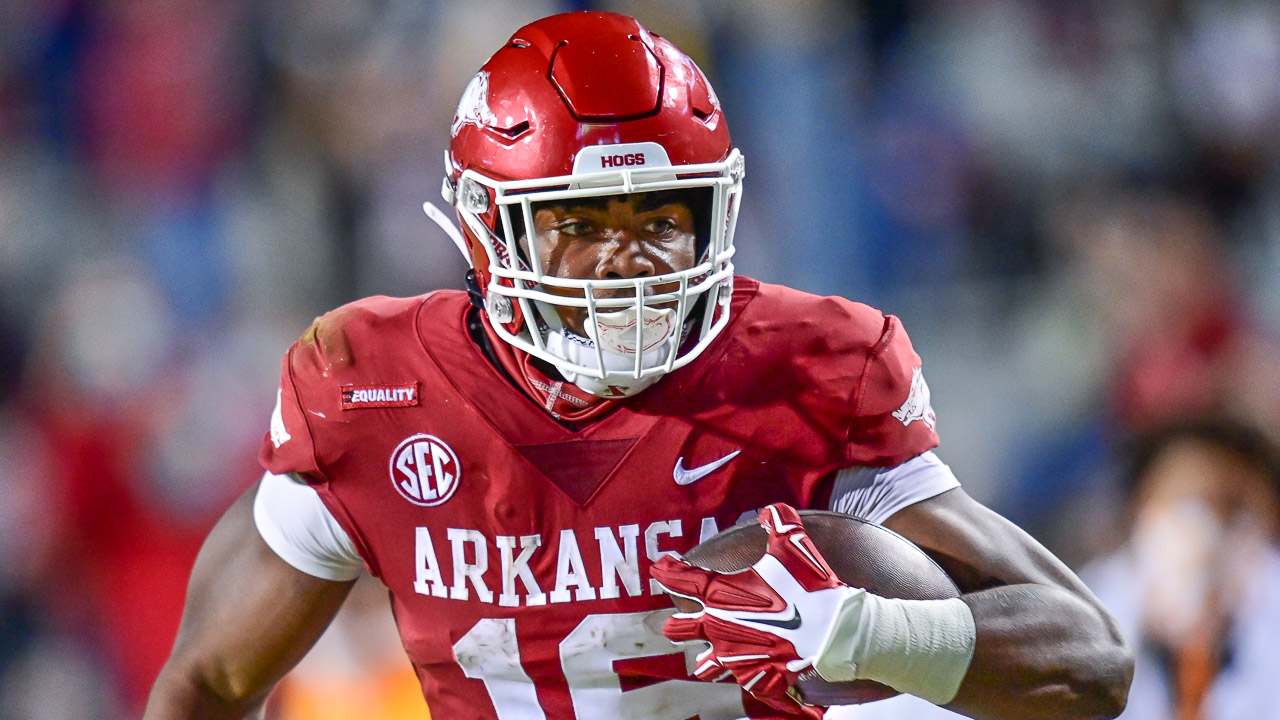 The Razorbacks were predicted to finish sixth in the SEC West and received one first-place vote in the media poll, which was released Friday morning along with the preseason All-SEC teams.

Burks has racked up numerous accolades this preseason, including spots on the watch lists for the Maxwell Award and Biletnikoff Award. The wideout led the Razorbacks in catches last season, hauling in 51 passes for 820 yards and seven touchdowns.

The Warren native, who earned second-team All-SEC honors after the 2020 campaign, was one of only two FBS receivers to log 800+ receiving yards and 70+ rushing yards on the year.

Stromberg, named to the preseason watch list for the Rimington Trophy, played in nine games with eight starts last season, lining up at center in all of them.

He played 628 offensive snaps on the year — the fourth most on the team and third most among offensive linemen — and played every offensive snap of a contest seven times during the campaign.

Morgan, a candidate for the 2021 Bednarik Award, was one of the best players in all of college football last year after producing one of the greatest seasons in Arkansas history. The Greenwood, Ark., product, who was named a Walter Camp and AFCA Second Team All-American at the year’s end, posted a team-best 111 total tackles, including 7.5 for loss, with 2.0 sacks in 2020.

The linebacker finished tied for the nation’s lead in tackles per game (12.3) while intercepting one pass, breaking up five and registering one quarterback hurry.

Originally a walk-on, Morgan joined Martrell Spaight (2014) as the only two Razorback defenders to garner both AP and Coaches All-SEC recognition in the last 10 seasons.

Catalon, also named to the watch list for the Bednarik Award, was tabbed to the All-SEC First Team by the AP and named a Freshman All-American by the FWAA last season after logging 99 total tackles, 2.0 tackles for loss, three interceptions, four pass break-ups, one fumble recovery and two forced fumbles as a redshirt freshman.

The Mansfield, Texas, native was the first Razorback defensive back to earn All-SEC honors from the league’s coaches since Michael Grant (2007).

Cunningham anchored Arkansas’ offensive line at left tackle last year, starting all 10 games while playing 705 snaps — the most of any Razorback.

The redshirt senior from Warren, Ohio, produced four games with an 80-plus passing grade, allowed only two sacks and was flagged just four times during the 2021 campaign.