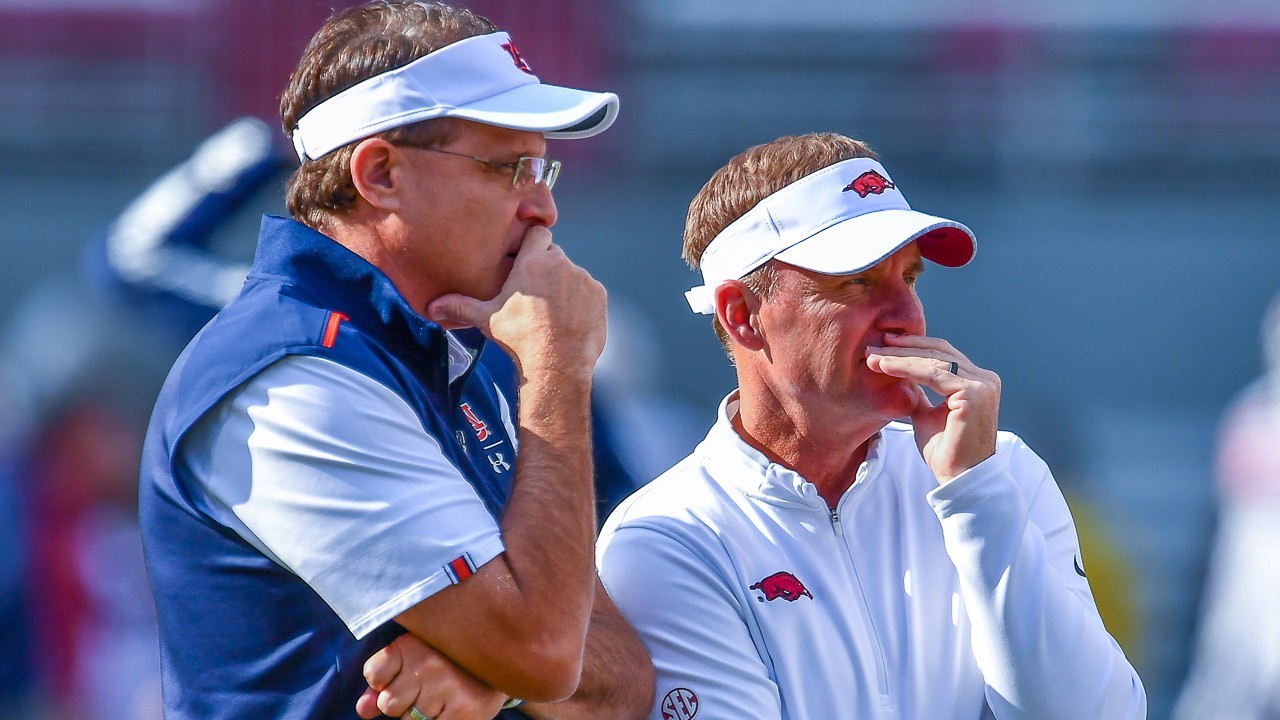 Even when Gus Malzahn won big at Auburn it wasn’t enough because he didn’t win a title or beat Alabama often enough and apparently they were done with him.

Malzahn, after eight seasons and a 68-34 record, was fired Sunday, just a day after beating Mississippi State on the road, 24-10.

He was 3-5 against Alabama, which is about the all-time average for Auburn.

Malzahn, a native of Fort Smith, tried walking on for Ken Hatfield’s Razorbacks but decided he actually wanted to play and transferred to Henderson in Arkadelphia.

After several years coaching high schools, including Shiloh Christian and Springdale, he had a year as offensive coordinator for Houston Nutt with the Hogs. That didn’t work out and went to Tulsa, then Auburn where he was the offensive coordinator when Cam Newton and the Tigers won the national title in 2010.

Then he went to Jonesboro for a year before the Tigers dumped Gene Chizik just two seasons after winning the title and turned to Malzahn.

In his first season, Auburn rode two miracle wins over Georgia (the Hail Mary deflection) and Alabama (Kick Six) to the last BCS National Championship Game … and lost to Florida State on a last-minute drive.

Maybe the season that actually sealed his fate was also his last chance to return to coach Arkansas, a job people close to him had said was his dream job. Malzahn referred them to his longtime friend, Chad Morris.

Maybe Malzahn thought he was headed for a national title after beating Georgia and Alabama. That fell apart when the Tigers lost in the SEC Championship Game to Georgia, then Alabama beat the Bulldogs for the national title.

Meanwhile, Malzahn’s team was losing to Central Florida in the Peach Bowl.

At Auburn, that’s almost enough to get you fired and he might have been gone last year except he beat Alabama. Coaches don’t get fired at Auburn after beating the Crimson Tide … that’s a bad look.

Malzahn won’t go away broke. ESPN’s Alex Scarborough reported the buyout is $21.7 million and half of that is due in 30 days.

When he allowed his name to be floated as the leading candidate to replace the fired Bret Bielema, he got a seven-year extension worth $49 million, but also had his buyout reduced.

First, Malzahn was never coming back to Fayetteville. Second, he was never going to get all $49 million in that extension.

The Tigers were 6-4 this year and third in the SEC West, but the loss that may have finished him came back in October, losing to South Carolina.

Of course, Razorback fans are giggling hearing this news. There is zero reason to be concerned about Gus. He’ll be fine.

When Malzahn hired Morris as his offensive coordinator, Hog fans figured this was exactly what was going to happen.

Malzahn’s up-tempo attack, which he wrote a book about and became famous for popularizing as a coordinator and then a head coach, slowed and regressed in some aspects as Auburn ranked seventh in the SEC in points per game since 2018.

Now the question is who’s next?

People close to Auburn have told me for over a month it’s Hugh Freeze, the former Ole Miss coach who was fired for NCAA questions clouded by his use of his school cell phone to hire escorts while on recruiting trips. It was old news.

Sources in the SEC offices have said Freeze is out of the double-secret probation the guys in Birmingham like to quietly put coaches as an unpublicized punishment. Bobby Petrino still believes that’s why he didn’t land at Tennessee in 2012.

Don’t be surprised to see Lane Kiffin’s name floated in the mix. Remember, he left Tennessee after one year for USC in 2009. You can win a title at Auburn easier than you can at Ole Miss.

The coaching carousel is spinning and where it stops nobody knows.