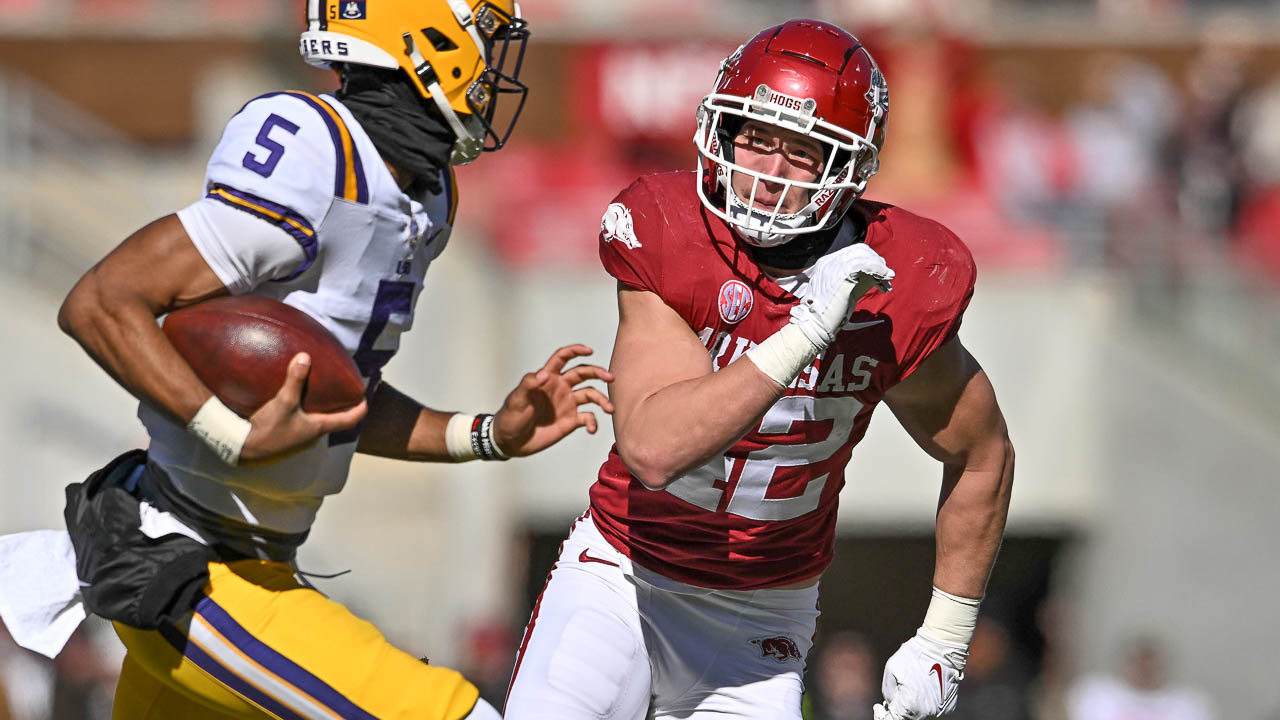 FAYETTEVILLE, Ark. — For some reason, many Arkansas fans have convinced themselves the cold weather for tonight’s game hurts Ole Miss more.

Whatever weather hits here usually follows in Oxford 24-48 hours later. I know. I lived there for a number of years.

This game is going to come down to the mental aspect of who wants to come out of a warm locker room at halftime.

You can start justifying a lot of things when it’s freezing cold and big people are hitting you very hard. Who knows how hard the ground will feel, but it won’t be forgiving.

As for motivation, the Razorbacks are trying to qualify for a bowl … any bowl at this point is better than the other option. The loss to Liberty removed a lot of leverage to be picky about which one.

The Rebels are still playing for a New Year’s 6 game for the second straight year.

This time they have developed a running game to go along with a hard-hitting, stingy defense that has created problems for every team they’ve played this year and they took Alabama down to the wire.

Historically, goofy things happen to Ole Miss in Fayetteville and pretty much that was when Houston Nutt coached the Rebels, so no explanations there.

It’s a night game and going to be cold. Everybody has said all of the correct things this week, but because of that miserable cold, don’t think anything in the past has anything to do with tonight’s game.

The Hogs are going to have to stop the Rebels’ running game and be able to develop some sort of consistency on offense.

This is about the hardest game on the schedule to pick.

Two weeks left in the picks race, and Andy seems to be Master of his Domain … or so he says.

Austin Peay at (8) Alabama: As usual, this is a game for the Crimson Tide to get ready for the Iron Bowl next week, which somehow usually figures out a way to be completely dramatic. Alabama by 31.

UMass at Texas A&M: While Pete Morgan flipped a coin for this game I’m not going to use that much energy. The only caveat to that is if the Aggies figure out a way to lose this one, the flames will get bigger than Jimbo Fisher, who will still keep his job. Texas A&M by 20.

Florida at Vanderbilt: Vandy somehow beat a Kentucky team that thought they could just show up and take home a win, which somehow didn’t happen. It won’t be pretty, but the Gators should handle this one. Florida by 9.

(1) Georgia at Kentucky: The last thing the Wildcats need to wee right now is the top-ranked team in the country coming to town after falling down completely against Vanderbilt. None of that will really matter. Georgia is playing for back-to-back national titles. Georgia by 24.

(5) Tennessee at South Carolina: The Gamecocks have gotten better all year but they aren’t ready for this offensive onslaught headed into town. It won’t really be close. Tennessee by 31.

New Mexico State at Missouri: You would think teams like this they way they want to improve playing SEC teams might actually do that it might happen with the Aggies, but it hasn’t in several decades. Missouri by 21.