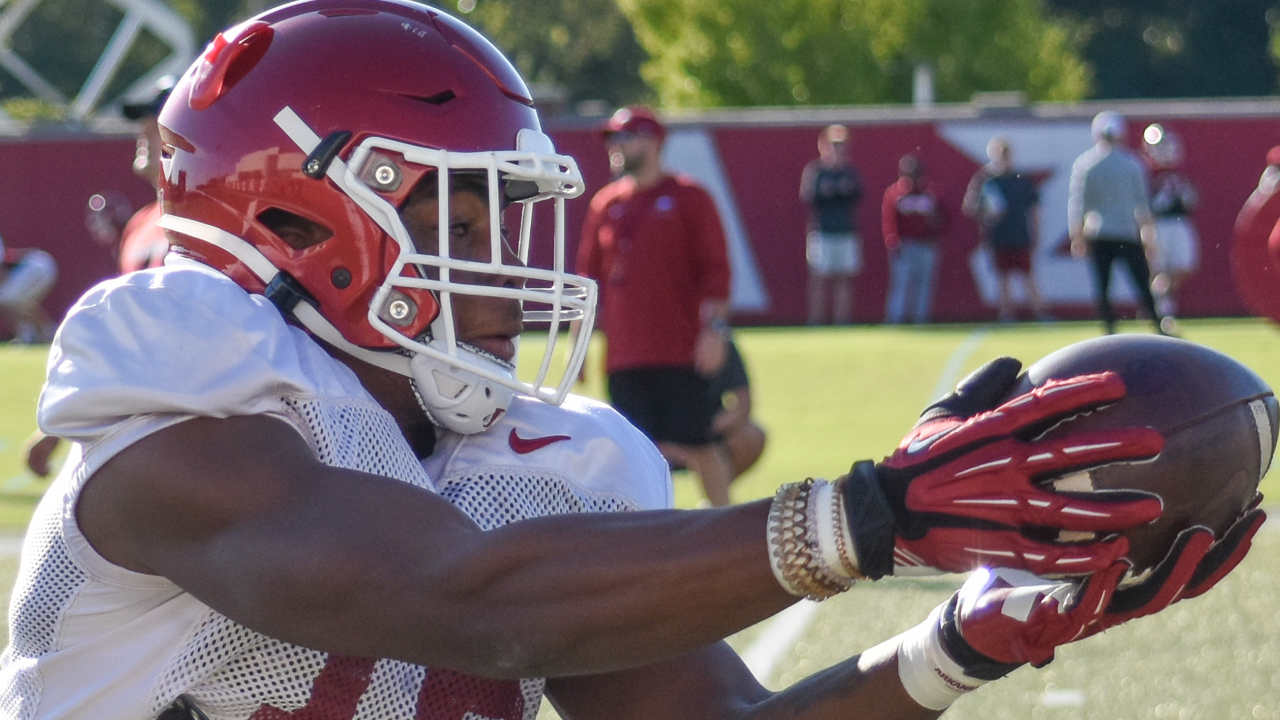 Teams playing their first game coming off a week off are, well, all over the place.

Some come out like a ball of fire, others come out and nosedive into the ground.

Exactly which way an Arkansas team desperate for an SEC win goes against Kentucky on the road Saturday night is a coin flip. Take your pick because there’s not exactly any compelling reason to go either way.

But, at least after Tuesday’s practice, there was a quiet confidence among the players.

“It’s never make a game bigger than it is is kind of my mantra, my mentality,” quarterback Nick Starkel said.

Some fans want a team that resembles a junior high team jumping up and down with excitement. You can go back to Frank Broyles’ teams in the 1960’s and he played it down because he felt it took something out of the team in warmups that would be better in the game.

Players that are confident in their assignments and focused tend to not look like they need a drug test before the game.

That sounded more like the angle from the players Tuesday.

“We’re ready,” defensive tackle McTelvin Agim said. “We had a tough outing against Texas A&M and we know how good we can play now. It’s basically time to put it into four quarters and maybe more if it comes down to it.”

Nobody is taking the Wildcats for granted.

Both teams are 2-3, but Kentucky has had a gut-wrenching loss to a Florida team that lost it’s starting quarterback early, then came back and roared past them.

They’ve lost two games since then and it’s a good bet Mark Stoops will say after the season that loss to the Gators carried into two losses, then injuries happened.

“We know they are an SEC opponent,” defensive end Jamario Bell said. “We watched them on film. They had a lot of great success last year and they are coming in with an attitude about just like we are.”

Getting a lot of the walking wounded back on the practice field has helped with the level of enthusiasm.

Starkel is just glad to get Trey Knox and Treylon Burks back on the field at the same time. Knox missed the Texas A&M game with a hip pointer and Burks was in concussion protocol for the loss to San Jose State.

“It really opens it up,” Starkel said about having the pair of freshmen playmakers back. “You can see those guys make the safeties kind of respect them and respect the vertical pass game a lot more.”

The players know it.

“I don’t know about [Kentucky], but I know we’re bringing it all,” defensive back Montaric Brown said. “We’re putting our heart out there. We’re playing our all. We need that win.”

Kentucky needs one, too, but playing desperate probably won’t work. Staying within themselves might work a little better.

” I’m taking them pretty hard,” running back Rakeem Boyd said about the losses. “I’m learning something from every loss. I take every loss we had and look what I did and see what I could have done better. You know what I mean. So there are a few things each and every game.”

And this team knows how close they’ve been. It should be 4-1 at a minimum.

“There are about three games we should have won if we had just left it on the field,” Boyd said.

We’ll see if they can carry the good things through for four full quarters, but it is a road game.

“They’re gonna have home field advantage,” Starkel said. “We take that as we’ve got to bring our own energy. We’ve got to create our own plays. Nobody’s going to go out there and bring some other energy for us.

“It’s really about us when we go to a place like that, especially at night.”

While a lot of fans are jumping up and down, there’s no sense of panic on this team. They do have a quiet confidence … or so it appears.

We’ll see how it translates on the field.