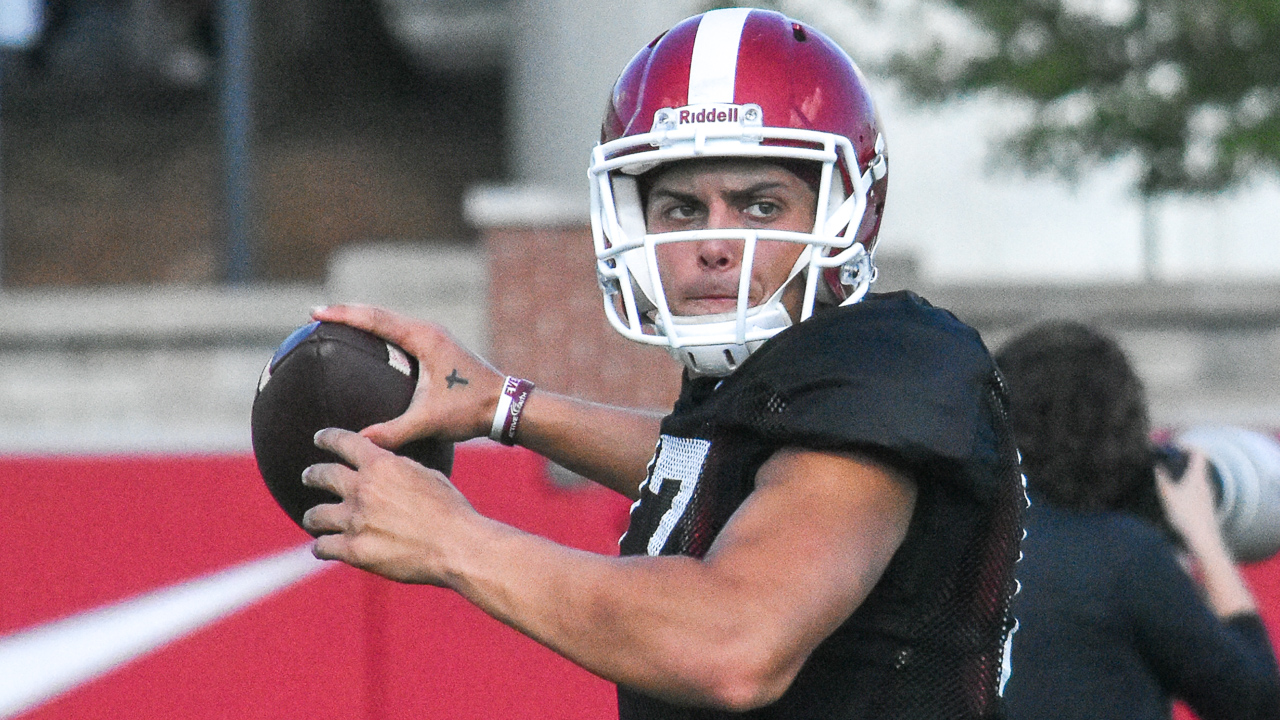 Since the start of fall practices in August the good ol’ eye test was obvious that Nick Starkel had a bigger arm than any of the other quarterbacks on the roster.

Whether Chad Morris and offensive coordinator Joe Craddock had pre-determined Ben Hicks was going to be the starter because of his SMU background with them likely won’t be known for awhile.

But apparently it doesn’t matter now. Morris made the move most of the fans were wanting since August replacing Hicks with Starkel in the second half against Ole Miss and announcing the obvious that he would be the new starter.

“It was the right decision,” Morris said in the SEC teleconference Wednesday.

What he said during that call is either a game of hide-and-seek or he doesn’t feel John Stephen Jones or K.J. Jefferson could step in if something happens to Starkel.

That sounds like Hicks is the backup going forward. That’s fine and the logical call, but you wonder if the others are only last-chance scenarios (and you would have to think it’s Jones in that even as he was on the travel roster at Ole Miss).

It’s a decision that will have ramifications down the line, but really the only choice Morris had.

Morris stated a lot of what everybody suspected about Starkel.

“He definitely provides an arm talent that stretches sideline to sideline and vertical as well,” he said. “Just from his overall preparation, he’s been the same guy as he was when he wasn’t (the starter).

“He’s still up there watching film. He’s gotten a lot more input. That’s what we really like is to see him respond the way he has.”

Starkel actually fits Morris’ offense better than anyone, where making decisions, hitting throws, able to throw deep and occasionally avoiding a negative-yardage play with his legs are the requirements.

That’s no secret. Morris (and Craddock) have said it. He wants to be a ball-control offense taking deep shots down the field and do it all at a break-neck pace.

While it’s popular among internet trolls and the Lunatic Fringe to keep asking about the tempo, nobody’s going to try and go fast if every single player doesn’t understand completely what he’s trying to do.

That’s when you end up with a jumbled mess.

Last year went down the tubes with the second-half collapse in the mountains against Colorado State. The team collapsed and it ended up costing them the next week and even having a chance against Auburn.

Morris thinks this year is different.

“Our guys have really responded well this week,” he said. “We’ve had two really good practices. I anticipate a really good one today. I just like where our mindset is right now and how we had to handle some adversity last Saturday night.

“These guys came back here on Sunday and responded.”

He didn’t see that last year on a team that basically had virtually no real leaders. It’s why there’s over 50 freshmen on the roster now.

Now it appears Morris is going all in on Starkel, including taking his input on the game plan for the Rams.

“We always communicate with the starter and ask him what he liked and what he saw,” he said before Wednesday’s practice. “As far as the install of the game plan, we put in it’s what he’s comfortable with. Not necessarily what we’re comfortable with or what I’m comfortable with.

“It’s what he can do and execute. He’s been very active and very much a part of it.”

For many fans, it’s a case of finally.

Now it has to work out on the field.