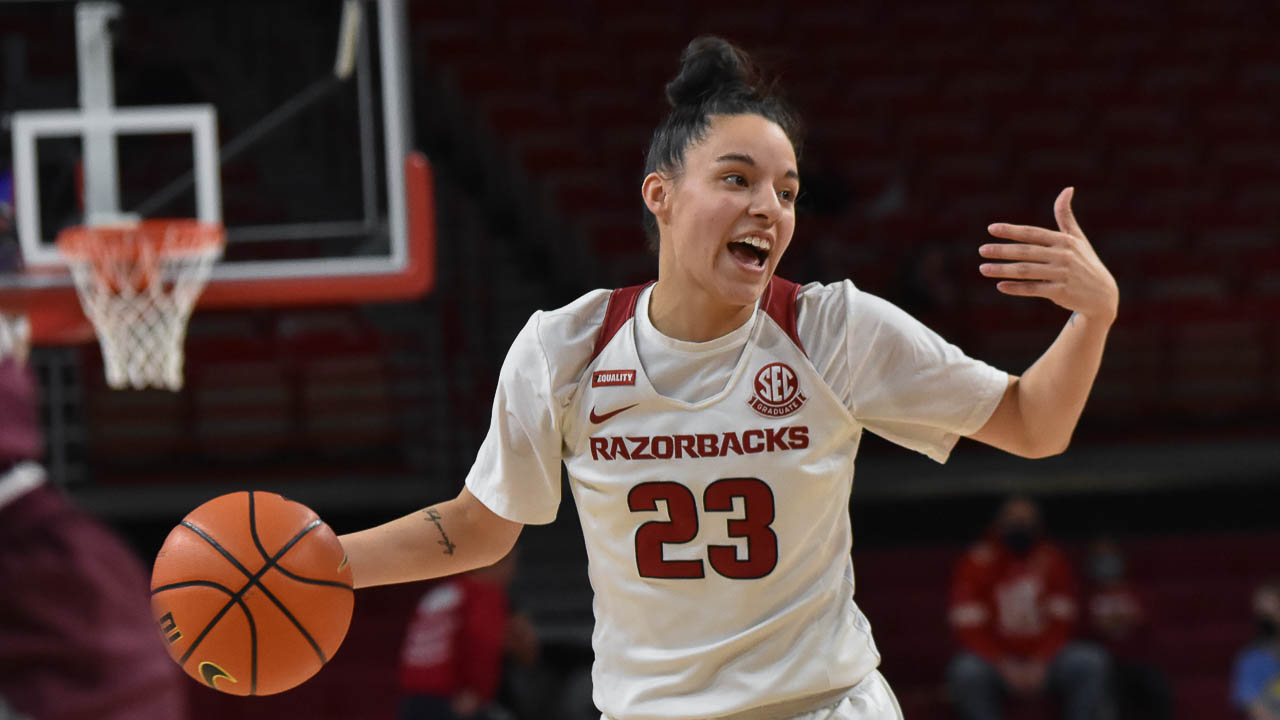 We got in a really good flow, we were really connected defensively,” he said.

Staying around .500 is the goal in what is a balanced SEC this season.

“We all know the value this year of hovering around .500,” Neighbors said. “Mississippi State is extremely dangerous.”

The Hogs, who have now won three of their last four games, played a strong defense that held the Bulldogs to 36% shooting from the field.

Freshman guard Samara Spencer dropped in a career-best 19 points in the win.

She was sizzling from beyond the arc, hitting five of her eight attempts from long distance. Spencer scored 18 against Alabama on Thursday, hitting four three’s in that game. Redshirt senior guard Amber Ramirez also had 17 points.

The first half was a grind with the teams going into halftime tied at 28.

Arkansas separated itself in the third quarter with the Hogs hitting 11 of their 18 field goal attempts, including four three’s in the frame, dominating the period, 32-17.

Spencer keyed the big run, hitting three of her five three-pointers in the period, all before the six-minute mark.

The freshman finished with 10 points in the period and Ramirez added nine.

Defensively, Sasha Goforth was awesome for the Hogs in the second half, holding Bulldog star Rickea Jackson to just four points after the intermission.

• Goforth put up a double-double with 13 points and 12 rebounds while guarding Jackson.

• She also posted two more blocks in the win, her 11th game this season with multiple rejections.

• Makayla Daniels was steady as ever, scoring 15 points, pulling down five boards, and dishing three assists.

• Rylee Langerman made an impact off the pine, going for four points, six boards and two steals.