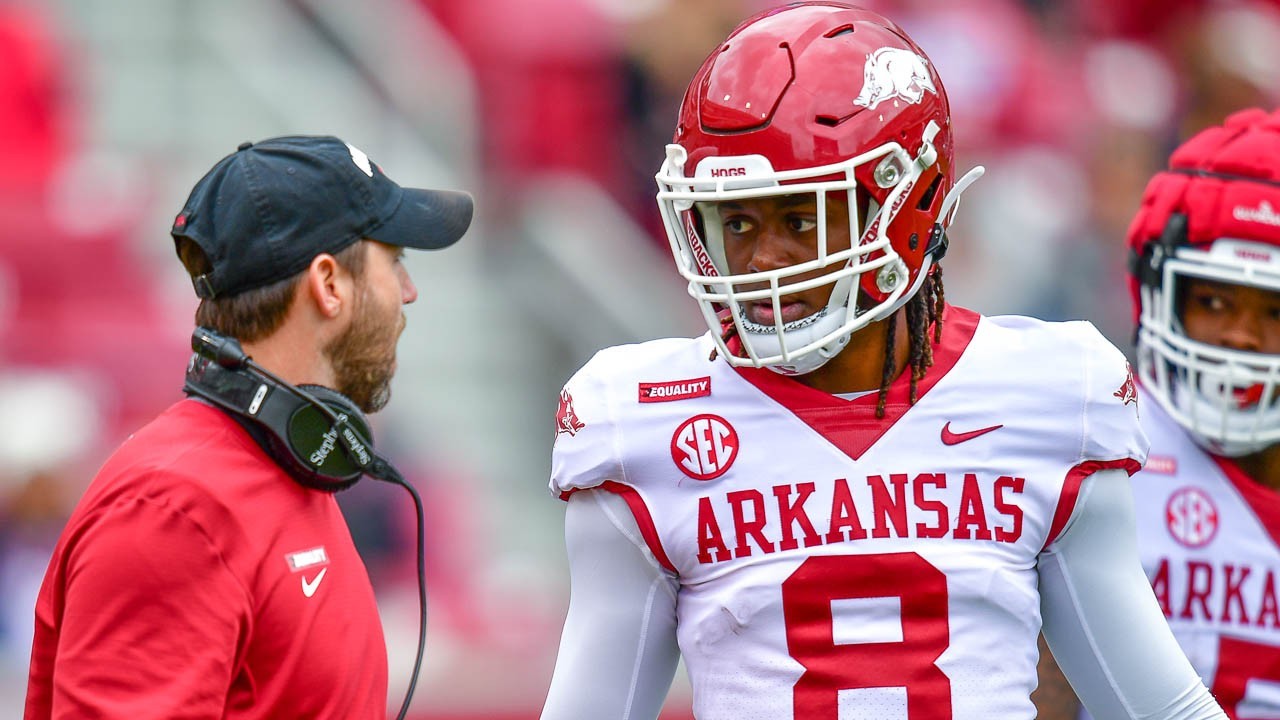 The rumor first started Monday afternoon and when it first started, nobody wanted to actually believe Mike Woods would be leaving Arkansas.

Exactly why or how he came to that decision we probably won’t know for awhile, but he’s graduated and that’s the rules in today’s world of college athletics.

Woods caught 32 passes for a career-high 619 yards and five touchdowns last season, and was a deep-ball favorite of quarterback Feleipe Franks.

Woods averaged 19.3 yards per reception in 2020, the highest mark among players with 10-plus receptions with back-to-back 100-yard performances last season at Florida (129 yards, two touchdowns) and LSU (140 yards) and had a season-high six catches for 81 yards and a touchdown at Auburn.

A three-star receiver in the 2018 class who caught 41 touchdown passes at Magnolia (Texas) High School, Woods signed with Arkansas over scholarship offers from Washington State, Colorado State, Vanderbilt, SMU and other programs.

As a high school senior, Woods flipped his commitment from SMU to Arkansas within a week of when the Razorbacks hired SMU coach Chad Morris in December 2017.

This leaves the Hogs with a playmaker to replace, but it is a talented wide receivers room.

Left on the roster are Treylon Burks, Trey Knox and John David White along with De’Vion Warren and Tyson Morris, both of whom are close to tenure status in Fayetteville.

There is plenty of players left, but Woods had stepped up to make big plays last season and had a big catch in the Red-White scrimmage Saturday.