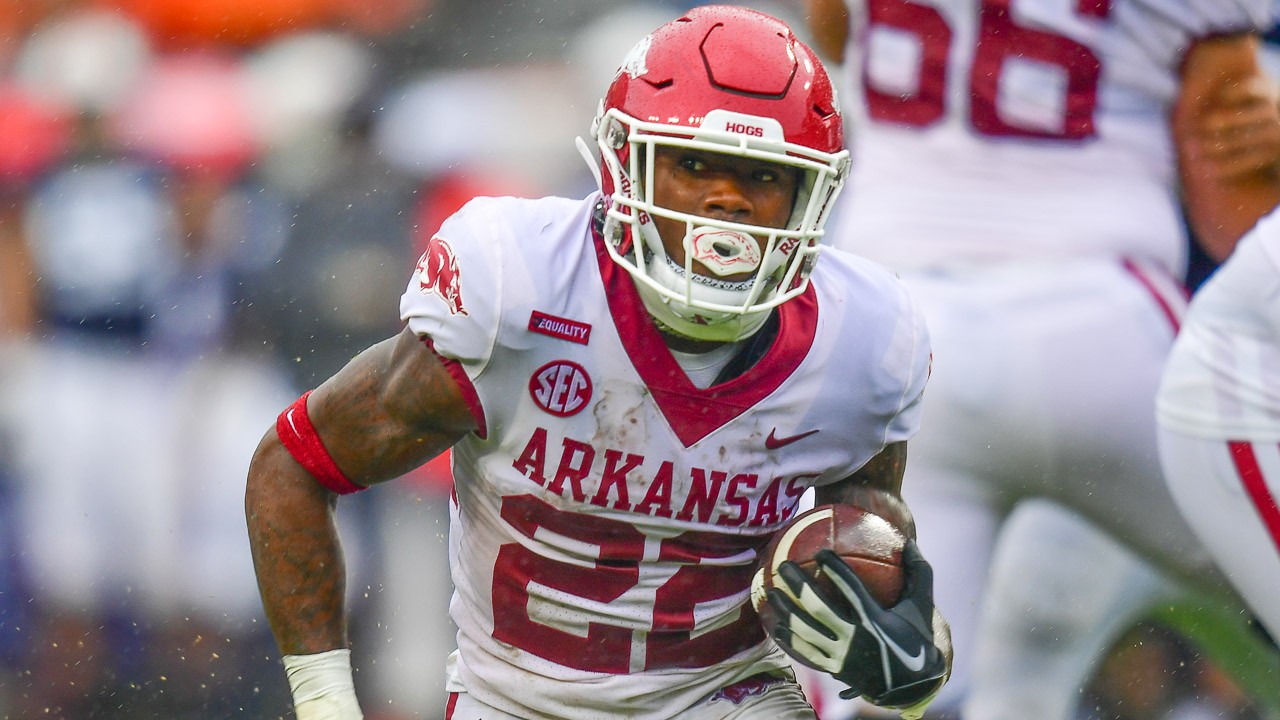 While you were enduring the worst era in Arkansas football last season, if someone had told you this year the Hogs would beat a ranked team and be within a bad call of beating another in back-to-back weeks, you’d have taken that, right?

While it is extremely difficult to see the big picture when your team is hosed, the proper prospective should help. It was just a year ago, Auburn smoked the Hogs.

It would have seemed impossible that a year later, Arkansas would erase a 17-point deficit and hold the lead on the Tigers with less than a minute to play.

For the record, the call was atrocious. Various officiating experts agree the officiating crew botched the call on Bo Nix’s fumbled spike attempt which was really a backward pass and fumble recovered by Arkansas.

Anyway, the call can’t be overturned and the win is officially a loss. But, what can’t be argued is Arkansas is much, much better than anyone dreamed they could be.

It’s clear that first-year coach Sam Pittman and his staff have taken Morris’ players that seemed uninspired and less-than-athletic as a whole and have pushed them to improvement and to play beyond their capabilities.

Most were optimistic, Pittman, a career offensive line coach, could recruit the talent needed to rebuild the Hogs. Those hunches were confirmed when Pittman scored several big-time recruits early on.

However, fans braced for the worst because it appeared it would take a miracle to transform last year’s team into a winner, even with an infusion of some talent.

The process would be a long haul. That fact seemed to be confirmed when the SEC gave Arkansas the most difficult schedule in college football history.

All Pittman and Co. has done is lead Georgia at halftime, upset Mississippi State at Starkville and take Auburn the distance on its home field. All ranked teams with no spring practice, no tune-ups.

Forget the 1-2 record, Arkansas has a chance to be competitive most every week with a schedule that I figured could cause the Hogs to go winless without little shame.

So, while the Auburn loss was a tough pill to swallow, it isn’t near as bad as watching a clueless Morris direct Arkansas in a home loss to mid-major San Jose State. There is a tremendous amount of hope and not just the future – immediate hope.

The Hogs will face another winnable foe this week in a home tilt against Ole Miss and first-year Coach Lane Kiffin.

The Rebels are racking up points in Kiffin’s trademark fast-paced, high-octane but have also felt the pain of a difficult schedule with losses to SEC heavyweights Florida and Georgia sandwiched between a slim win against Kentucky.

“Well, we’re playing a really good team. I wish they were like last year, but they’ve done an awesome job,” Kiffin told the media this week. “Completely different on defense. Physical, run to the ball, play as hard as can be, giving people problems.

Defensive coordinator Barry Odom has done a fantastic job turning a lifeless Hogs defense into a force at times.

His understanding of defending schemes and communicating that to his troops has been evident in slowing down Mike Leach’s prolific offense at Mississippi State, which set the SEC all-time passing record in his first game.

Arkansas also did a respectable job against a tough Tigers offense. It’s a prospect that seemed improbable this season.

Kiffin’s scheme alone is hard to defend and tougher when you have an athlete such as Matt Corral running it. In three games, Corral has racked up 1,080 yards passing converting on 67 of 88 passes with nine touchdowns and a long pass of 68 yards.

“The guy is playing incredible. He’s such a gifted athlete and he can throw any pass. He can throw a dart” Pittman said during a media session this week. “He can throw a touch pass. He certainly can get away from pressure. That guy is a winner. He’s a really good football player and he’s got some really good weapons.

“The thing about Ole Miss is they can run the ball and they can throw it. But you can’t do any of that without a great quarterback, and that guy is a really, really good quarterback.”

If Arkansas can slow down Ole Miss, its offense can be effective against the Rebels. The unit could be aided by the potential return of senior star running back Rakeem Boyd.

The other major factor in the game is how COVID-19 is affecting the Rebels roster. Kiffin acknowledged the virus has taken a toll, and it appeared earlier in the week the game may be in doubt.

If testing goes well Friday, the game will be played, but it is unclear how many Ole Miss players may be absent.

“We are dealing with our first COVID issues of the season, unfortunately,” Kififn said. “We did in camp but had been great through three games. So that’s been a big challenge this week. We were already banged up from a physical, high play count versus a great team in ‘Bama. This is going to be very challenging.

“If we were to play today we could play. Hopefully it stays that way.”

With LSU’s struggles, including last week’s loss to Missouri, the upper echelon of the SEC West doesn’t seem to be a stretch for either team. Of course, both need to win this game.

For whichever team that wins, a possible third place West finish would be well within reach even considering tough games that remain for both teams.

However, based on what has occurred with Arkansas in three games, it seems that Arkansas has more winnable games on its schedule, including Ole Miss.

While last Saturday’s turn of events at Auburn were frustrating but not hopeless as the past two years have been and 2020 seemed.

This Arkansas team will win more games and it has a good chance of happening Saturday.