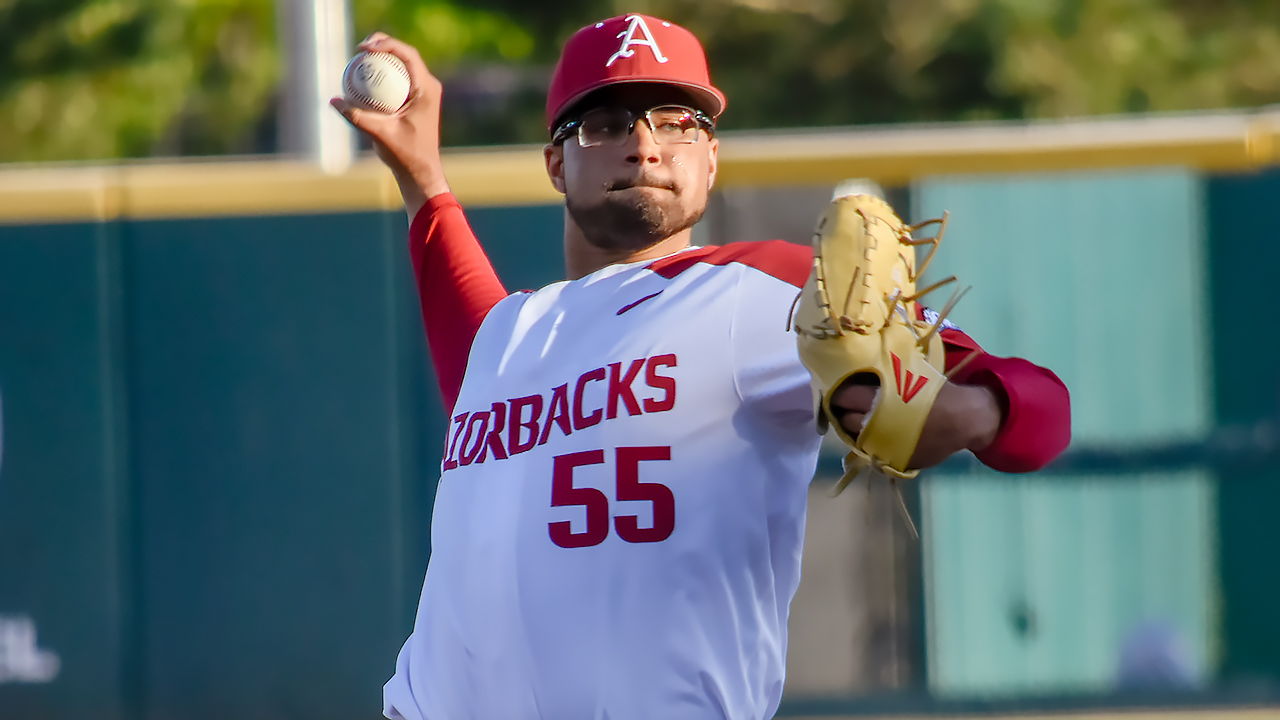 Ole Miss has beaten Arkansas three out of five times this season, including two games at Baum-Walker Stadium.

However, the Rebels are 0-1 against Hogs ace Isaiah Campbell.

How Ole Miss handles one of the nation’s hottest pitchers in the opening game of the super regional Saturday morning will have a big impact on which SEC team advances to Omaha.

Campbell is fresh off an eight-inning outing where he held TCU to four hits with just one walk and 8 strikeouts in a 3-1 win over the Horned Frogs in the regional semifinal. Campbell, a redshirt junior, is 11-1 with a 2.77 ERA.

While he showed flashes of brilliance last season, he was inconsistent. An offseason filled with hard work has transformed Campbell into an All-American. He also wildly improved his MLB Draft stock as the Seattle Mariners picked him late in the second round Monday night.

It goes without saying that whoever wins the opening game has a leg up. It’s an even bigger advantage for Arkansas since it is the host.

If Arkansas has a 1-0 lead going into Sunday’s game, the environment will be even more hostile.

Arkansas has a better starting rotation than Ole Miss, but if the Rebels get a win against Campbell, they get to face freshman Connor Noland, who has never pitched in a super regional. All of a sudden, there’d be a ton of pressure on the pitcher/quarterback.

has to feel much better running Campbell on the home hill than the Rebels starting Will Ethridge. A dominant pitcher(s) most always make a difference in a post season series, especially in the opener.

The last time Ole Miss saw Campbell was in a 5-3 loss March 29. Campbell gave up just four hits in seven innings of work.

On that night, reliever Jacob Kostyshock came on to pitch in the eighth but recorded just one out and star closer Matt Cronin got the final two outs of that inning and closed out the ninth.

Van Horn would take a similar performance Saturday. Last week the Horned Frogs went from seeing Campbell for eight innings to Cronin for one – downright filthy.

Ole Miss knows it has to get Campbell out of the game early.

While they didn’t do a good job of that in the first encounter, they are swinging hot bats. Ole Miss combined for 41 runs in three wins against Jacksonville State and Clemson in the Oxford Regional last weekend.

Arkansas had a tougher road last weekend, and its bats came back to life after a short reprieve at College Station and Hoover.

The Hogs need to jump on Ole Miss’s modest starting pitching and get the crowd in the game and increase the confidence for Campbell and the other hurlers.

The Razorbacks have scored 20 runs in five games against Ole Miss. They know they need to do better this weekend and not let Ole Miss’s bullpen take over with the lead.

If Ole Miss can beat Campbell, it will have a good chance of winning the series.