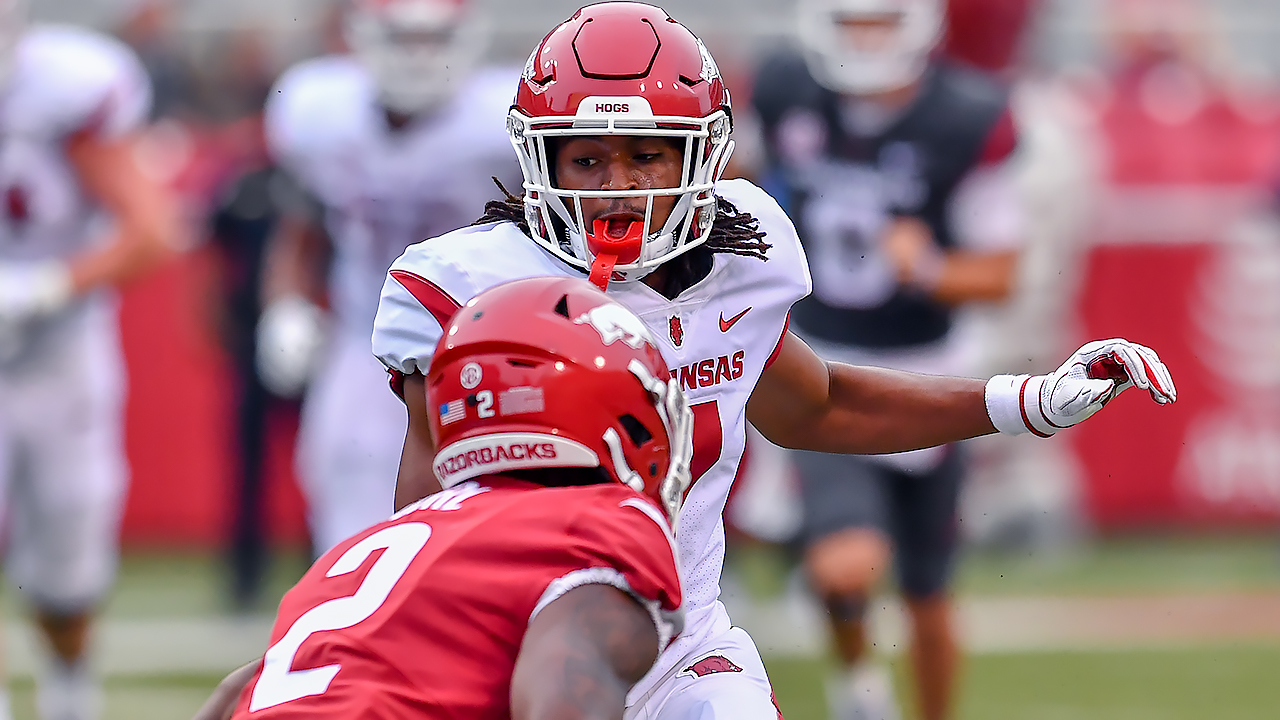 Others can say what they want, but the biggest problem for Arkansas’ offense for the last seven years has been the lack of playmakers.

In college football these days you better have the guys that can make plays with the ball in their hands if you want to win games.

We’re not talking about one or two plays that have been made, but consistently getting a third-down catch on a slant for 5 yards when you need 4 to move the chains as you get hammered by a safety or linebacker.

When Joe Adams, Jarius Wright and Greg Childs left in 2011 they were the best offensive playmakers in a while and even The Great Playcaller didn’t have an answer on hand … even before he flew through the handlebars over by Elkins.

They had guys with abilities but lacked the knack to make THE play WHEN it had to be made. Let’s face it, some in that group made stepping out of bounds a yard short of the first down on third down an art form.

The group on hand this year may be better than that one.

While C.J. O’Grady was the most consistent threat last season after getting his act together after the first three games, the wide receivers were only consistently inconsistent.

Based on what we heard in limited doses at practices three days a week, wide receivers coach Justin Stepp was apparently on the verge of blowing a gasket half the time.

It wasn’t surprising to see several in that group leave. You got the idea there wasn’t a lot of objections to them vacating.

Watching that crew I kept remembering what Jimmy Johnson used to say starting with his first season in Dallas back in 1989 (and has often repeated), “hit me in the head with a hammer the next time I sign a dumb player.”

You get the sneaky feeling Chad Morris feels the same way.

That’s why there are new guys coming that are smarter and better than what was here last year. By smarter that’s not even talking about their grades, but how smart they are in football.

We saw some of it in the spring with Trey Knox and Shamar Jackson. Morris personally spent a lot of practice time personally working with Koilan Jackson, who hasn’t played much since getting to Fayetteville, a lot of which was due to a knee injury his freshman year.

As a freshman last year, Mike Woods showed flashes of what he could do in a season where chaos might have been an upgrade at times for an offense that had big games offset by some equally bad outings in the other direction.

It will be better this year.

Treylon Burks is the highest-rated incoming wide receiver since Springdale’s Damian Williams in 2006. The only receiver rated higher was tight end Hunter Henry in 2013 and his little brother, Hudson, is not far behind and coming in this year, too.

The group that this Hogs’ staff rounded up coming into this year is rated higher overall in the 247Sports.com composite rankings than any group since they started keeping up with such things.

Ask any of the guys on the 1964 team that claimed a version of the national championship if they would have been able to get there without Jim Lindsey, Bobby Crockett and Jerry Lamb catching passes in clutch situations.

That year everyone likes to talk about Ken Hatfield’s punt return against Texas being THE play in that game, but that’s subjective.

To me the biggest play came late and it was back-to-back passes from Fred Marshall to Crockett (who still may be the best player to ever come out of Dermott) on the same playcall in the huddle.

Marshall, not really the greatest passer in school history, threw the first one outside and low and Crockett caught it off the top of his shoes.

Two plays later the same play was called in the huddle, but when Crockett made his break the Texas defensive back came up hard, both read it correctly and Marshall (after nearly fainting when he saw how open Bobby was) threw it good enough for a 34-yard score that ended up being the difference in that magical season.

In the Cotton Bowl against Nebraska, Lindsey made a catch on the game-winning drive that Marshall had no idea he could make. Jim basically put his hands up and made the catch over his shoulder almost without looking.

A lot of fans miss or forget all that. They tend to put all the blame on the quarterback, but in reality the wide receiver has to be reading the same thing with the defensive backs.

It’s nothing really new, but you got the idea last year that may have been a big problem with the Hogs’ offense.

Nothing was working and you wonder if that’s why there are so many new faces.

Now they just have to do it at a higher level.