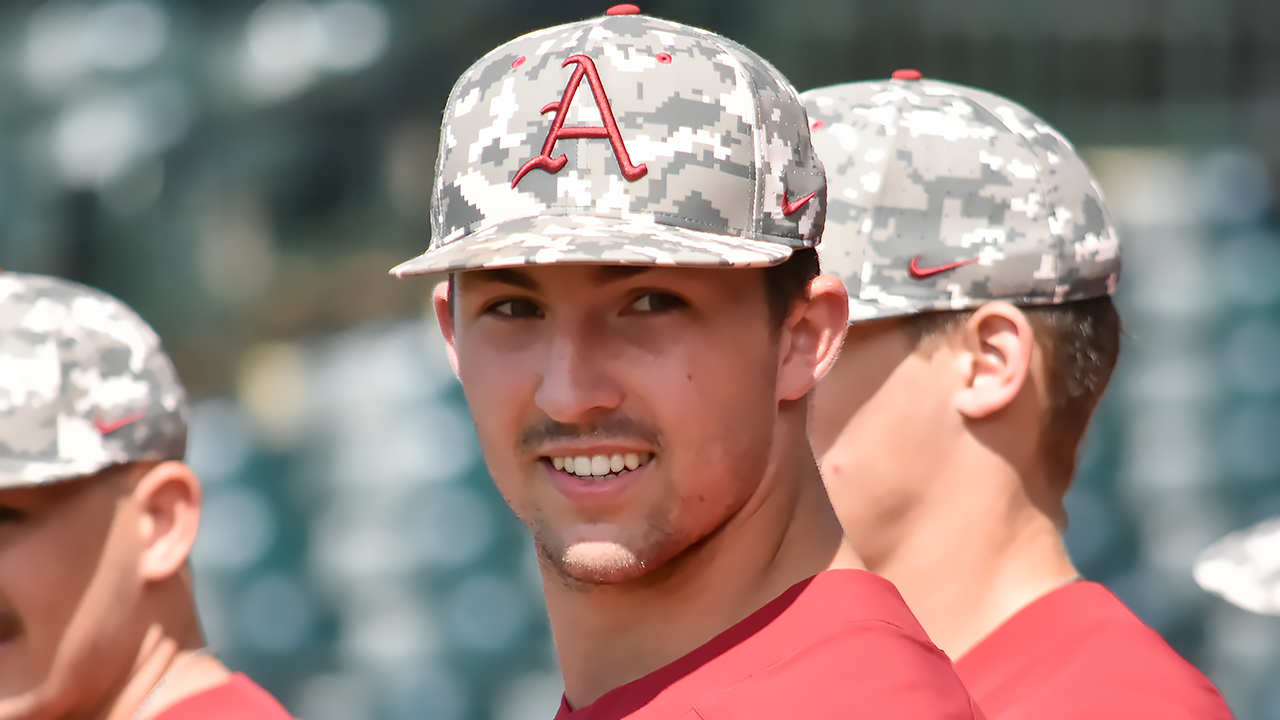 OMAHA, Neb. — Arkansas looks to keep its College World Series run alive Monday against Texas Tech in the first elimination game of the week at 1 p.m. at TD Ameritrade Park.

Arkansas (46-19) is trying to bounce back from a tough 1-0 loss at the hands of Florida State on Saturday.

Right-hander Isaiah Campbell and left-hander Drew Parrish traded zeroes for eight innings before the Seminoles got one of the Razorback bullpen in the ninth.

It was Campbell’s first 10-strikeout performance of the NCAA Tournament and third-straight of seven or more innings.

ESPN will carry Monday’s game and the winner will advance to the next elimination round to face the loser of Michigan and Florida State.

The Razorbacks last lost a CWS opener in 2015 when they fell to Virginia, 5-3.

The last time Arkansas lost its CWS opener and followed it up with a win was in 1989 when it lost to Wichita State, 3-2, and then defeated North Carolina, 7-3, in the elimination game.

Freshman right-hander Connor Noland will get the nod for Monday’s elimination game against Texas Tech.

Noland suffered a small hiccup last week in the NCAA Super Regional against Ole Miss, making it only one inning with four runs allowed and two home runs.

However, Noland has gone five or more innings in five of his last eight starts and has been one of Arkansas’ most efficient over that same span.

Noland has walked only two batters since May 5, amassing a 7.00 strikeout-to-walk ratio.

Man on a mission — Trevor Ezell

Arkansas first baseman Trevor Ezell’s offense has been on another level since the start of the NCAA Tournament.

Over the course of seven NCAA Tournament games, Ezell is hitting .500 (16-of-32) with six doubles and two home runs along with eight RBIs.

He’s also slugging .875, which leads the team and has only struck out five times. Counting his 10 games prior to the NCAA Tournament, Ezell was only hitting .225 with 16 strikeouts.

Monday’s game between the Razorbacks and Red Raiders will be the fourth meeting between the two teams in the last four seasons and second-straight in the College World Series.

Arkansas met Texas Tech once in the regular season last year, winning 5-1, and later in Omaha in a winner’s bracket game with the Hogs winning, 7-4.

In those two games against Texas Tech, Dominic Fletcher was 6-for-9 (.667) with a double, a home run and six RBIs.