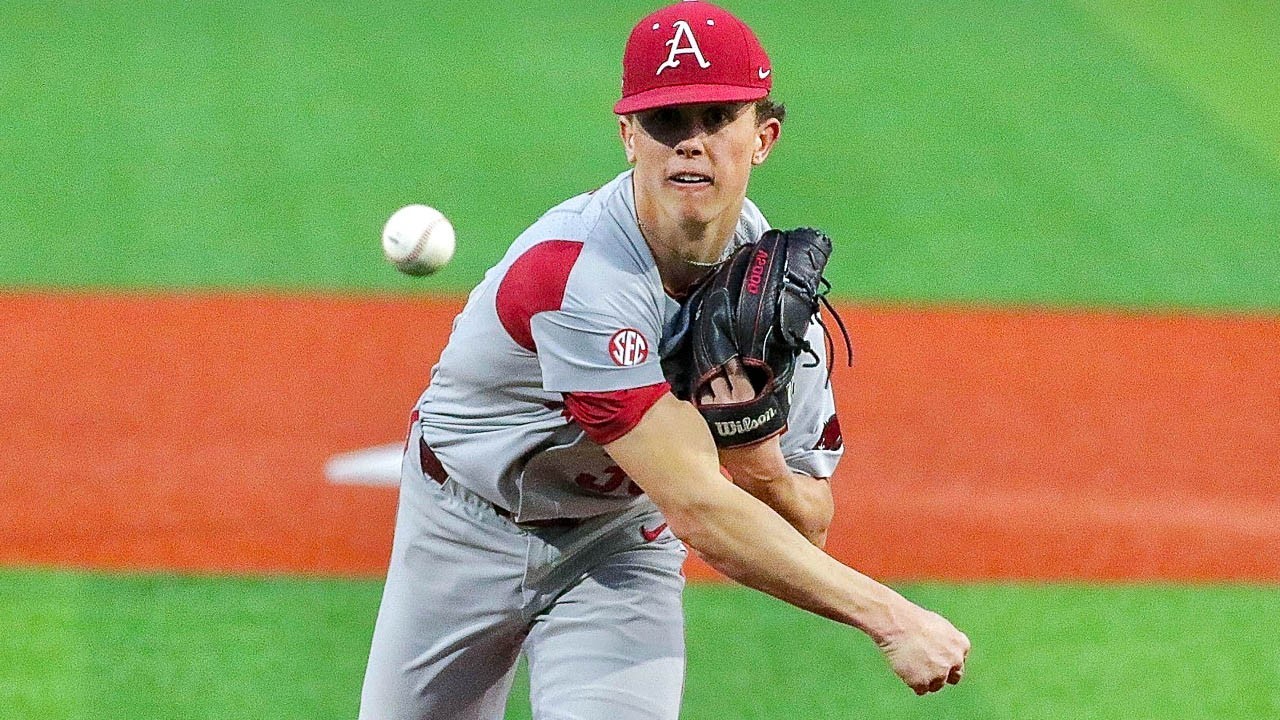 No. 1 Arkansas’ flair for the dramatic made another appearance on Friday night as the Razorbacks staged a thrilling come-from-behind 9-7 win against Louisiana Tech at J.C. Love Field at Pat Patterson Park.

Shortstop Jalen Battles launched the game-winning two-run homer in the top of the 10th, rocketing the baseball deep over the left-field wall and into the night.

His blast helped the Hogs earn their seventh comeback victory of the 2021 season, overcoming a three-run deficit in the eighth to stay undefeated.

The Razorbacks are 11-0 for the first time in the Dave Van Horn era and for only the second time in program history.

Arkansas also jumped out to an 11-0 start during the 1996 campaign, winning a program-record 18 games in a row to begin that year.

The three-game series rolls on Saturday afternoon. First pitch at the ballpark is set for 2 p.m.