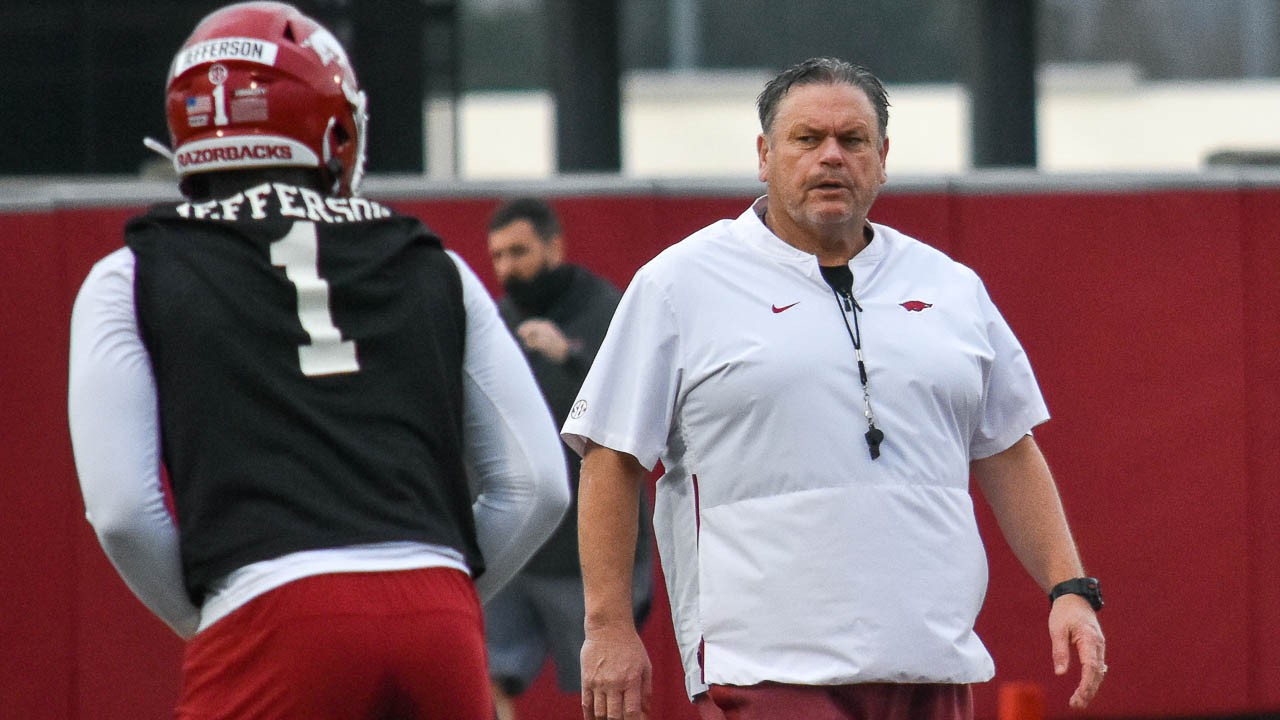 Sam Pittman knew he was facing an uphill climb when he took over Arkansas’ lagging football fortunes.

Covid didn’t do him any favors and everybody has their own opinions on how that was handled.

Facing 10 SEC opponents allowed the sales pitch to Razorback fans to be it would have been a 6-6 season in a normal year. Hey, last season you could claim anything at the end and nobody was going to argue about it a lot.

This year will be different. But the schedule won’t be.

Brad Crawford of 247Sports.com said recently in a videocast with Chris Hummer the Hogs have the nation’s toughest schedule once again and it’s a pretty solid argument.

Most over-under projections for the Hogs are 4.5 wins this season. That’s about right for a team that has more questions than answers at this point.

“Getting there, they’re going to have to win the 50-50 games and then maybe getting to a bowl game they have to beat one of these nationally-ranked titans,” Crawford said.

He’s right. Getting two should be easy (Rice and UAPB). Georgia Southern may not be the pushover fans assume, but that should make it three wins looking at it in the summer.

For a team with the biggest question being the most important position on the field, it’s going to be how KJ Jefferson handles being the guy at quarterback for the Hogs.

It was Lou Holtz who told us in the preseason in 1978 to forget about the previous year’s 11-1 record and No. 3 national ranking after an Orange Bowl win over Oklahoma.

“Last year has nothing to do with this year,” he said.

Fans are pointing towards the Texas game because, well, it’s somehow a big deal and they think it’s a rivalry. It’s only a rivalry to Razorback fans, no matter how many times the talking heads in the media try to make a big deal.

They’ve read the history books. Of course those books usually don’t mention it’s never been a particularly big game for the Longhorns. They are STILL more interested in hating Texas A&M (a team they haven’t played since 2011 and have a 64.4% winning record against).

And Oklahoma has always been their biggest opponent. Texas has a 54.9% winning record against one of the winningest programs in college football history.

More importantly they just fired a dysfunctional coach that won 64% of his games, including a Sugar Bowl win over Georgia.

Steve Sarkisian inherited recruiting classes that averaged finishing in the top five in the 247Sports.com composite rankings and his first class was 15th.

Texas has better players than Arkansas. Unless they take it like the Horns did at the Texas Bowl in 2014 it could be a long evening.

That leaves eight SEC opponents for the Hogs to get three wins against to make it to a bowl game.

Don’t expect a prediction on how the season will go until sometime in August … and maybe not then. We don’t even know what we don’t know to ask about it yet.

Yes, Pittman has made strides in personnel and improving attitudes. So has Lane Kiffin at Ole Miss and Mike Leach at Mississippi State. Don’t expect things to fall apart in Baton Rouge or Tuscaloosa this year and Texas A&M is close to getting to that level.

Everybody in the SEC has made strides to get better and Alabama just picked up one of the best defensive players in the league in the transfer portal.

The improvements aren’t just at Arkansas.

But Pittman had to start farther behind than the others and the disparity is tough to overcome in the SEC.

Especially when you have to play the toughest schedule in the country every year.

The hill gets really large.