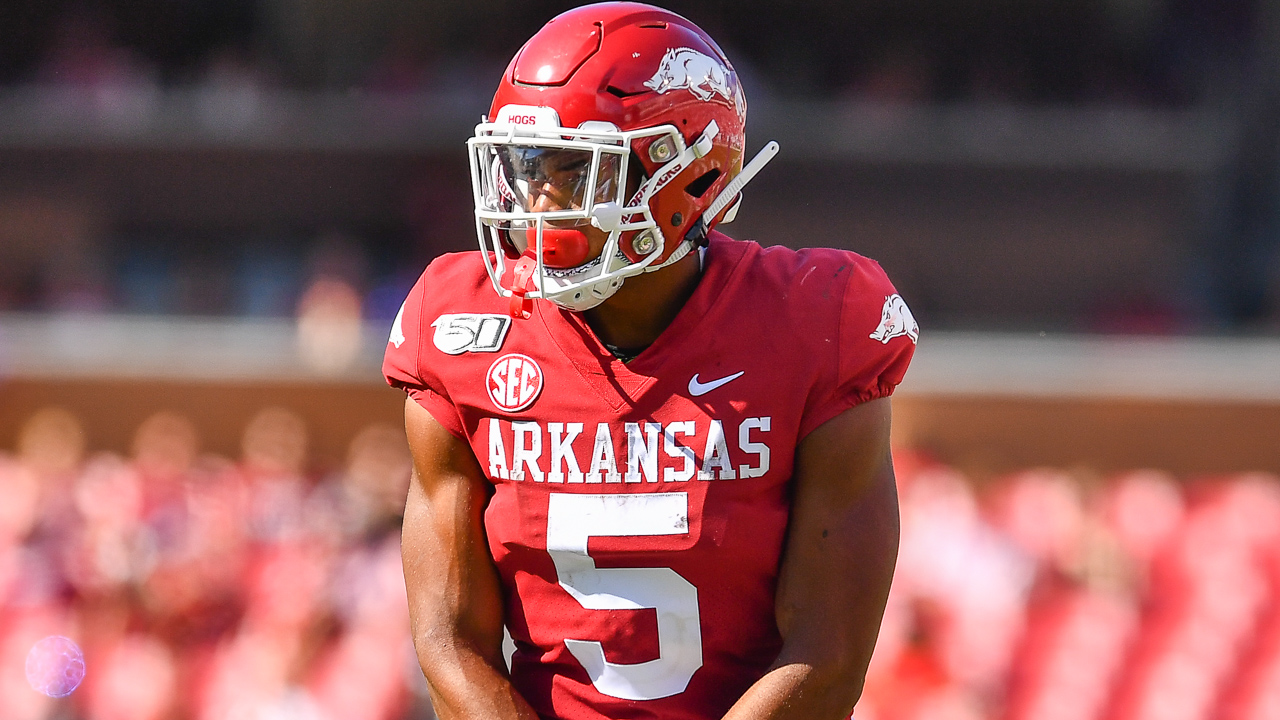 What a wave of emotion we ride when rooting for Razorbacks we decide. Portland State was completely the opposite of the season-opening cupcake victory for which we had hoped.

Holding back or no, we would have a better sense of optimism had we scored more than twenty points last week against a team that plays a school called Simon Fraser this week.

A win is a win thought, right? RIGHT?

September is still an infant in 2019, and already we face an SEC opponent … on the road. Arkansas travels to Oxford to face the probation-tested Ole Miss at 6:30 on the SEC Network. The Rebels are coming off a dismal loss to Memphis, therefore, the timing (possibly) could not have been better.

Just some quick thoughts to the game versus our SEC West “rival”:

• The pass blocking for the Hogs needs to catch up to the level of the run blocking. Both must improve tremendously.

• Ben Hicks threw slightly behind the routes of his receivers against Portland State. The secondary for Ole Miss will be an increase in speed versus what we faced against the Vikings. Our timing must be improved.

• This is the SEC and Coach Chad Morris’s first chance at a conference victory. Unless the starter is struggling, we only need to utilize one quarterback as a signal caller.

• Keep our defense and the Ole Miss offense off the field. This is a given. Arkansas fared much better on third downs last week in comparison to last season. Again, we were playing Portland State.

• Take what the defense gives you… Okay, honestly, I just wanted to quote Lee Corso.

• Steady doses of Rakeem Boyd. I am just a simple college football fan that occasionally proses an opinion piece. I am not a master strategist nor a football statistician. What I do know is that when Rakeem Boyd first arrived at Arkansas, I declared him “the future.” Keep me accurate, No 5.

• CATCH THE BALL!!! Do we really need to visit this from last week? I will, however, state the young wide receivers were very impressive.

• Forget about vanilla — bring on the chocolate and whatever other flavors you have in that playbook of yours, coach Morris. This entire state wants so badly to be behind you. Show us what you came here to do.

All these thoughts are possible. Furthermore, I believe an SEC victory on the road is possible. Otherwise, we go back to bantering primarily about recruiting. Arkansas 34–23.

On to other matters. Week One in the HTL Pick’em Championship Cup race had both Andy Hodges and I missing some early season games due to the drab SEC performances. Outside of the Oregon vs Auburn game in Dallas, our picks coincided.

Now, up 9-4 to my 8-5, Hodges is already proclaiming this entire season a victory. I’ll claw my way all fall long if I must, starting with Week Two.

West Virginia at Missouri — Last week’s loss was due to new parts settling into Barry Odom’s system… Never say never. And as I learned last week, never automatically say “Mizzou”. This weekend might be safe – Tigers by 10.

Vanderbilt at Purdue — A great way to catch a nap before Texas A&M vs Clemson starts. Boilermakers by 4.

(12) Texas A&M at (1) Clemson [UPSET ALERT] — Place your bets folks, the Aggies are going to start the 2019 season with the biggest … No, they’re not. It will be close until the very end as the overconfident Tigers struggle at home with a 14-point victory.

Southern Miss at Mississippi State — The Bulldogs will be tested early but pull away late by 17.

Murray State at (3) Georgia — Remember when Arkansas used to play the Racers? Neither do they. They will want to forget Georgia quickly. Bulldogs by 40.

BYU at Tennessee — Vols need a victory after last week’s embarrassment. Unfortunately, the Cougars have something to prove as well. Unfortunately for our friends from Deseret, Brigham Young will have to face armed Volunteers instead of emigrants on this battlefield. UT by 7.

Tulane at (10) Auburn — Bo Nix may have surprised a great number of people (including his father) versus Oregon. Tulane is well aware of the Freshman, but it is still not enough – Tigers by 31.

UT Martin at Florida — The Gators are hungry after being off for two weeks following a triumph over a decent Miami team. Feleipe Franks should probably listen to the criticism and use this week’s contest focusing (ironically) on how to be a leader. Florida by 24.

Eastern Michigan at Kentucky — The Wildcats still have something to prove, especially to the pro-Nebraska voters. UK by 18.

Arkansas at Ole Miss — Early season SEC game for the Hogs. The Rebels are still embarrassed for playing horribly in a loss to a non-P5 Memphis squad. Razorbacks by 11.

(6) LSU at (9) Texas [GAME OF THE WEEK] — The pundits have written all that can be written about this match-up. Remember, I am just a simple country opinion writer who despises UT and is always an SEC homer. Matt Breland says the Tigers by 17. I am going with that as well.