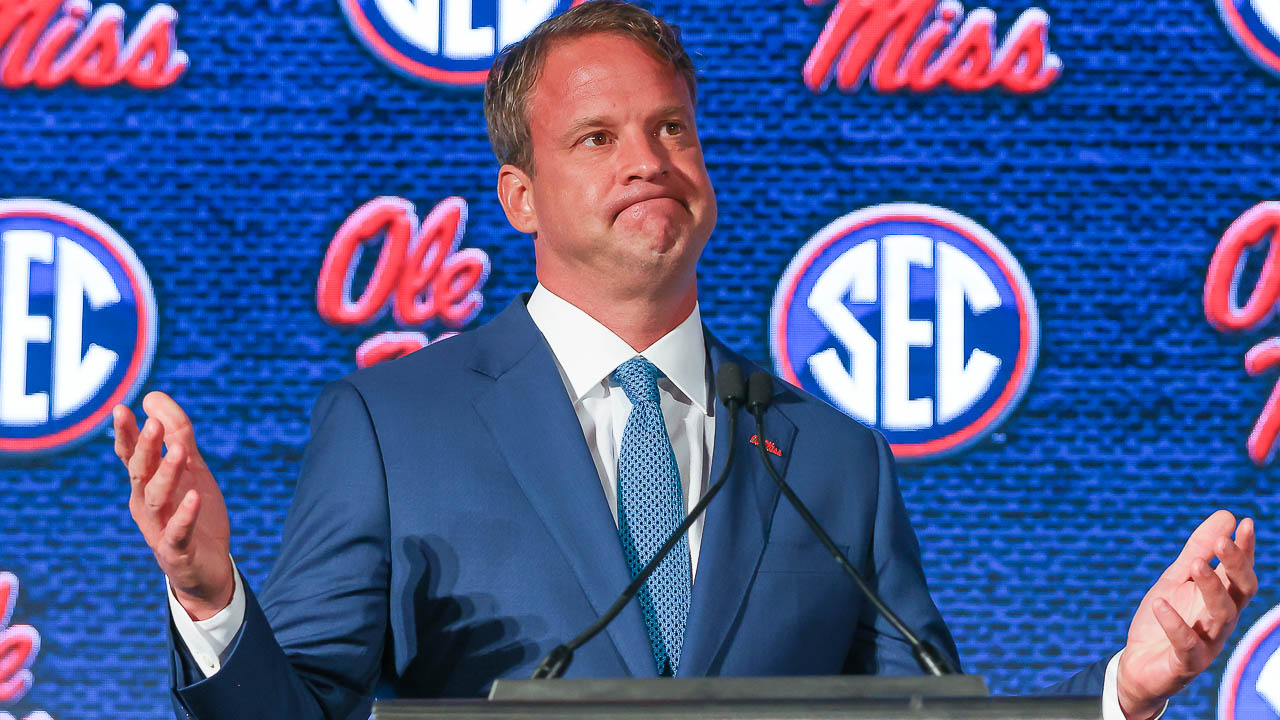 On the second day of the annual SEC Media Daze, Nick Saban rolled all the conversation to Alabama … and he wasn’t even in the state.

According to reports, Saban told the Texas High School Coaches Association’s convention on Tuesday that Young, a sophomore, is due to make “ungodly numbers.”

All of this comes, of course, the day before Saban makes an entrance into the gaggle of media people interviewing each other and breaking down each press conference like a playoff game.

The exact total of Young’s endorsements (or who’s paying the money) hasn’t been released but said the total compensation is “almost seven figures.”

And you thought my speculation about Arch Manning getting massive numbers a couple of years from now was off base.

“The guy hasn’t even played yet,” Saban said, according to The Athletic. “But that’s because of our brand.”

He’s honest about that. Winning championships and lots of games increases a school’s brand more than anything else. It also is tied in direct proportion to the overall enrollment at a school, but that’s another topic for a different day.

The news even caught Kiffin completely off-guard, who found out in a question-and-answer session on the main stage of questions.

“That number just blew me away,” Kiffin said after being stumped for a brief few seconds. “He’s made $1 million, and he hasn’t started a game yet. Wow.”

Really, that may be a low estimate. We’re still a few weeks away from starting to play games and that’s plenty of time to put together bigger numbers because we’re supposed to be just a couple of weeks into this whole NIL deal.

Young signed a deal to be represented by Creative Artists Agency on July 2, the day after the NCAA allowed athletes to profit off their name, image and likeness.

With no rules or enforcement really in place, it’s going to be the wild, wild west in the world of college athletics and the Young deal may be the first big headline.

And if you think Nick let that accidentally slip out you’d probably be wrong. Things like that don’t happen with the Crimson Tide. It was likely a planned announcement that will have things spinning on Wednesday morning when Saban comes in. He was probably smiling when Deion Sanders popped off wanting to be treated like Saban at the SWAC Media Day that was primarily done online.

RELATED:   ANDY'S PICKS: Can Hogs figure out how to get back to winning?

All of that drives the brand which gets the interest of recruits and usually the team with the best players wins the most games.

Programs that get good at this will probably win the most games. It’s been that way for the last 60 years or so.

Nothing that has happened in recent history disputes that.

Which means Bama will own the entire SEC-ESPN event, which is exactly the result that was planned by the best marketing school in college athletics.

And Nick wouldn’t have it any other way.