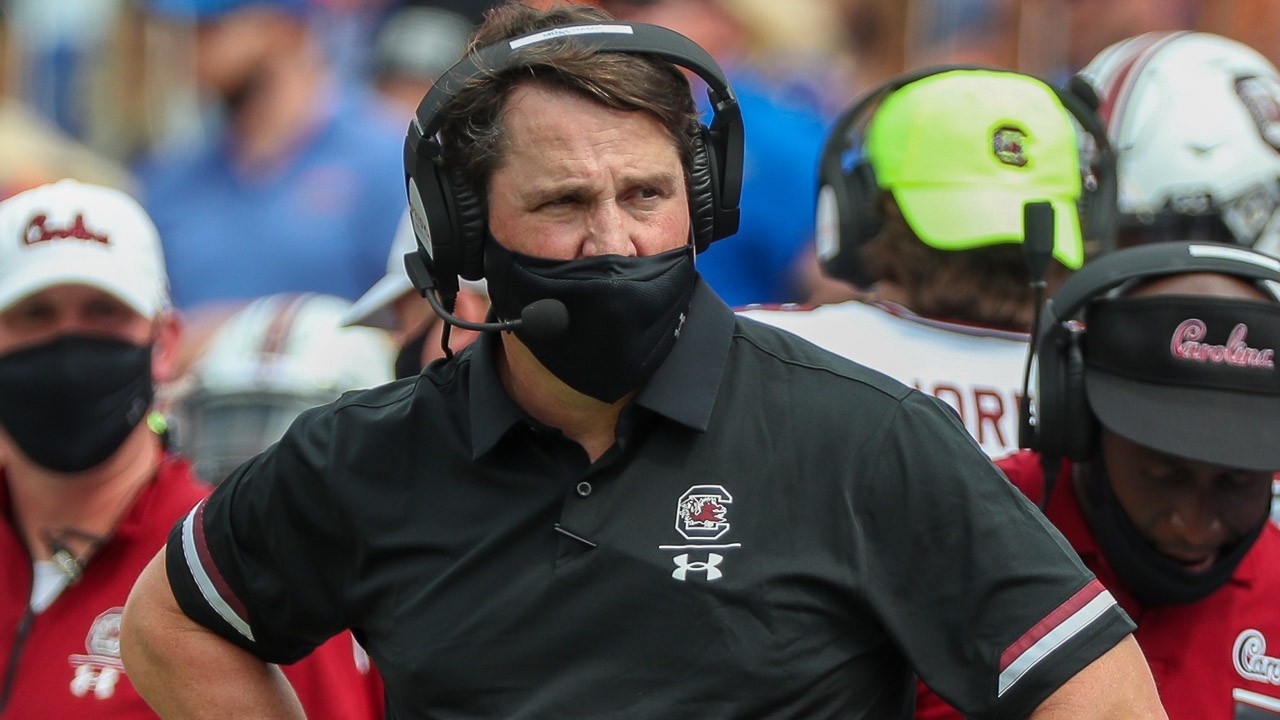 According to multiple media reports, South Carolina has had all it wants of Will Muschamp as coach after an embarrassing loss at Ole Miss on Saturday night.

BREAKING: #SouthCarolina has parted ways with Will Muschamp, per sources.

Muschamp, who rode a reputation as a defensive mind developed under Nick Saban to a head coaching stint at Florida, was almost toyed with by Lane Kiffin and the Rebels’ offense in a 59-42 loss.

Now the annual game of coaching musical chairs can officially start as more and more teams start firing coaches before Thanksgiving so they can start finding a replacement.

It will be interesting to see the people that are anxious to take over an SEC school that is second best in it’s own state (behind Clemson). The Gamecocks haven’t beaten the Tigers since 2013.

The loss Saturday was made worse by how much offense Ole Miss put on Muschamp’s defense. Matt Corral threw for 513 yards and the Rebels ran for another 195.

The Gamecocks (2-5) have allowed a total of 159 points during their three-game losing streak and gave up 708 yards of total offense in the loss to Ole Miss.

But the Gamecocks finished 4-8 a year ago and have lost 14 of their past 20 games dating back to the 28-0 Belk Bowl defeat to Virginia to end the 2018 season.

According to the terms of Muschamp’s contract, his buyout was in the $15 million range if he were to be fired at the end of this season, although Bruce Feldman of Fox Sports tweeted it was slightly lower.

Will Muschamp’s buyout is just north of $13 million. It was cut slightly as part of the most recent amendment to his contract. There had been growing concern among school officials and supporters that continued fan apathy could cost South Carolina more.

This is the second time Muschamp has been fired from an SEC head-coaching job. He was dismissed by Florida toward the end of the 2014 season and coached the final two games before stepping away.

He spent the 2015 season at Auburn as the Tigers’ defensive coordinator.