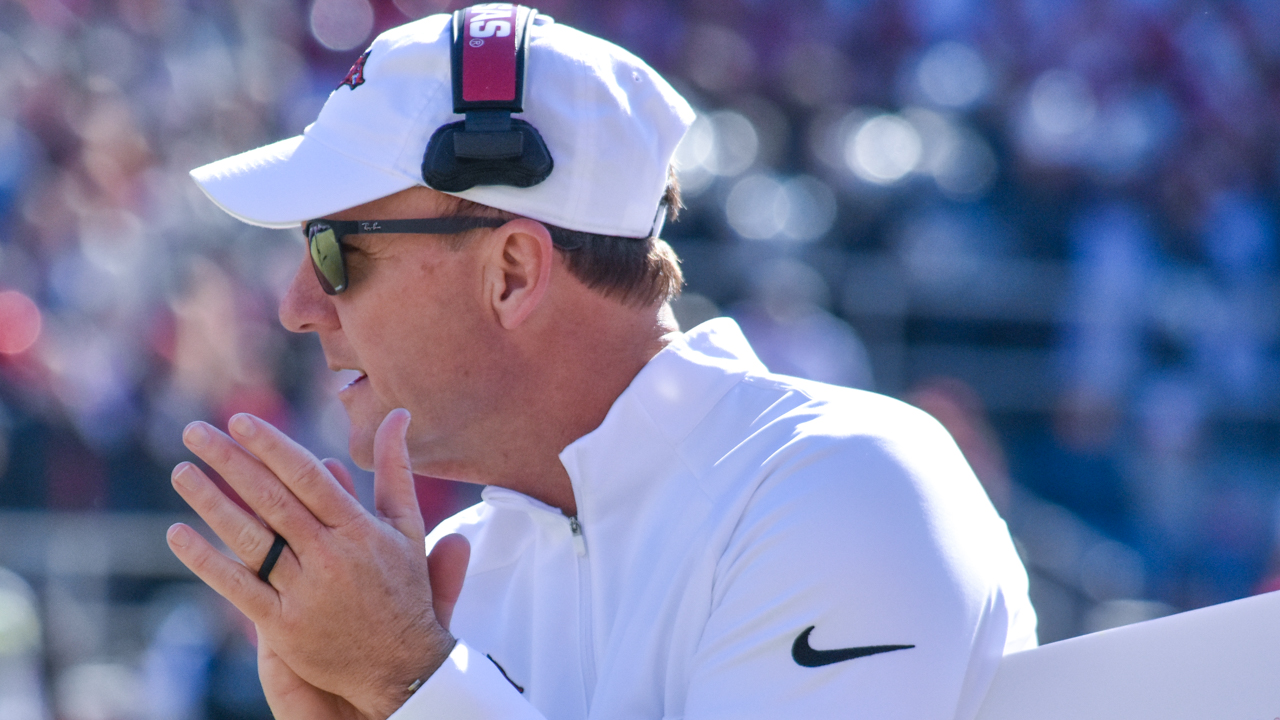 NOTE: As of 6 p.m. there is no word that Chad Morris is going to be fired from any official word. If that changes, then all of this is moot.

Chad Morris had maybe the last best chance to avoid the worst start to a tenure at Arkansas in program history Saturday and promptly did absolutely nothing with it.

Then tried to convince he was the one to get things turned around.

Whether athletics director Hunter Yurachek agrees with that or not isn’t exactly known. While some fans want things to be decided by a consensus of people who write some checks, that day is long gone … and it’s not coming back.

Then he proceeded to basically tell everybody he inherited a huge mess and in the SEC you don’t get that fixed quick.

“I knew the strains that take place weekly in this conference,” he said about the depth required in the league. “Right now we don’t have that.”

Morris said he’s got to recruit his way out of this hole.

There were some folks that were confident Morris was going to be summarily fired after the loss, especially the complete lack of progress being made.

“Right now, it’s unfortunate we’re playing as many young guys as we’re playing, but that’s the truth,” he said.

Either the previous staff left the coffers as bare as it’s ever been or Morris is finding out that he wasn’t going to come in and start recruiting at the level needed to get things turned around very quick.

“We have some major deficiencies that we have to fix,” he added in maybe as big of an understatement that has ever been uttered.

All of that might have some validity if there was any sign of visible improvement the fans could see.

Right now the argument can be made this team is getting worse with injuries, players getting kicked off the team and suspended for games. Freshman running back A’Montae Spivey was suspended for the game with Western Kentucky.

While fans have been clamoring for a youth movement at quarterback, John Stephen Jones really wasn’t that effective and K.J. Jefferson ran over another poor defensive back … then injured his shoulder.

There wasn’t a lot of change.

“It’s going to take some time,” Morris said. “This is not an overnight fix. We’ve seen that now for two years. We’re all frustrated. We’re all incredibly frustrated.”

That is an accurate statement. With attendance announced at 42,985 that counted at least 15,000 empty seats as customers, the entire department has to be looking at things from the financial angle.

That’s where the Razorback Foundation comes into play because they are the ones that would be on the hook for Morris’ contract buyout.

Morris is correct when he talks about a youth movement, especially in the offensive and defensive lines where even the youngsters are getting injured. It’s gotten to the point where they are a couple of injuries away from having to burn another redshirt lineman.

Fans have all but abandoned coming to games. There may have been more empty seats than folks in the stands at the start of the game. That hasn’t been seen in years.

Despite what a lot of folks anticipated, there wasn’t any firing Saturday after the game. That means, once again, the only folks we hear from are the ones that don’t know a thing. The ones who do know aren’t saying a word.

Morris will meet with Yurachek on Sunday, which happens after every game, so don’t read a whole lot into that.

“Everybody’s frustrated with that and I get it … I am too,” Morris said. “But I also understand that to get this thing right, it’s going to take some time in this league.”

More and more, this looks like a coach and staff that feel they aren’t going anywhere immediately.

And it really may not matter what you think.